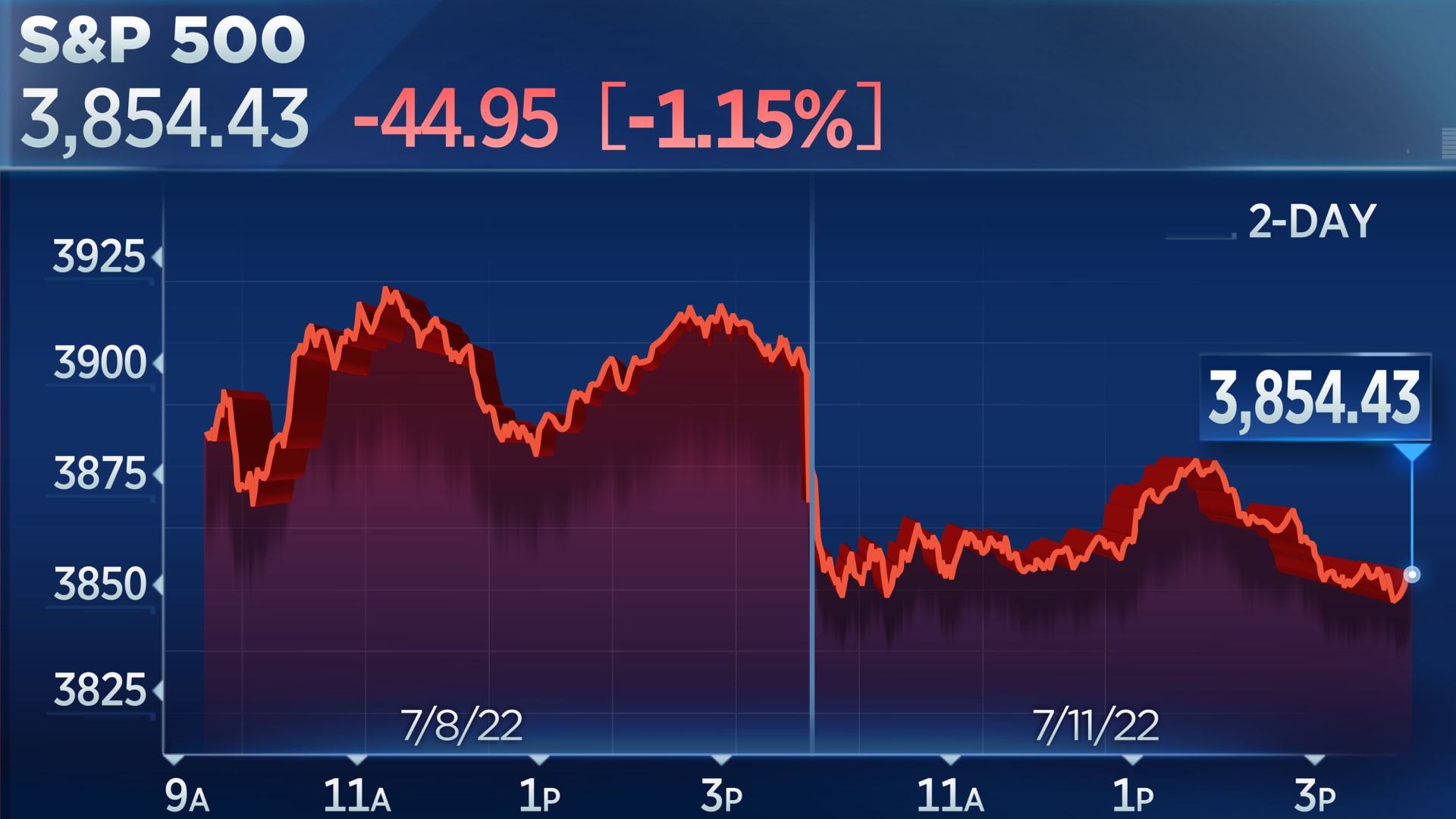 U.S. equities fell Monday as Wall Street braced for big company earnings reports slated for later in the week which could signal how inflation is impacting businesses.

“It’s always about earnings,” said Tim Lesko of Mariner Wealth Advisors. “The expectation has been for a year now that it’s not about the trailing earnings, it’s about the future economic expectations. It really hasn’t mattered what people have reported in the way of revenue earnings. It’s been the talk that they’ve had about how they expect their future business to look.”

Jack Ablin, founding partner of Cresset Capital, expects companies to tamp down their forecasts as they grapple with rising prices, slowing growth and an aggressive Federal Reserve.

The season kicks off with earnings from PepsiCo and Delta Air Lines on Tuesday and Wednesday, followed by bank stocks JPMorgan Chase, Morgan Stanley, Wells Fargo and Citigroup later in the week.

Casino stocks Wynn Resorts and Las Vegas Sands led Monday’s losses, falling more than 6% each on the back of worsening Covid trends in China, including a week-long shutdown of casinos in Macau. Shanghai also detected its first case of the BA.5 subvariant.

“COVID headwinds aren’t just a Chinese phenomenon – cases are climbing globally, although the risk of lockdowns in the US and EU remains extremely low,” wrote Adam Crisafulli of Vital Knowledge.

Twitter shares fell 11.3% after Elon Musk terminated a deal worth $44 billion to buy the social media company. The billionaire took issue with the number of bots and fake accounts on the platform and said Twitter wasn’t being truthful about how authentic activity on the platform was. However, the company said it gave Musk the information he needed to assess the claims.

Meanwhile, the 2-year Treasury yield hovered above its 10-year counterpart, an inversion many see as a recession indicator. The 2-year rate on Monday traded at 3.07%, while the 10-year stood at 2.99%.

Monday’s moves followed a mixed session on Friday that saw the Dow and S&P 500 fall slightly, while Nasdaq Composite rose for a fifth straight day. All of the major averages secured a winning week after a stronger-than-expected jobs report Friday showed that the economic downturn worrying investors has not yet arrived and added to positive sentiment.

While good for the economy, the jobs report could embolden the Federal Reserve to continue its aggressive rate hikes in the coming months to fight persistently high inflation.

Still, some believe further pain is ahead for markets.

“We’re in a bear market for stocks, and in a bear market surprises happen to the downside and not the upside,” said Adam Sarhan, founder and CEO at 50 Park Investments. “The trend is still down until we see higher highs and higher lows.”

Investors are also looking ahead to the release of June’s consumer price index on Wednesday. It is expected to show headline inflation, including food and energy, rising above May’s 8.6% level to 8.8%, according to Dow Jones estimates.