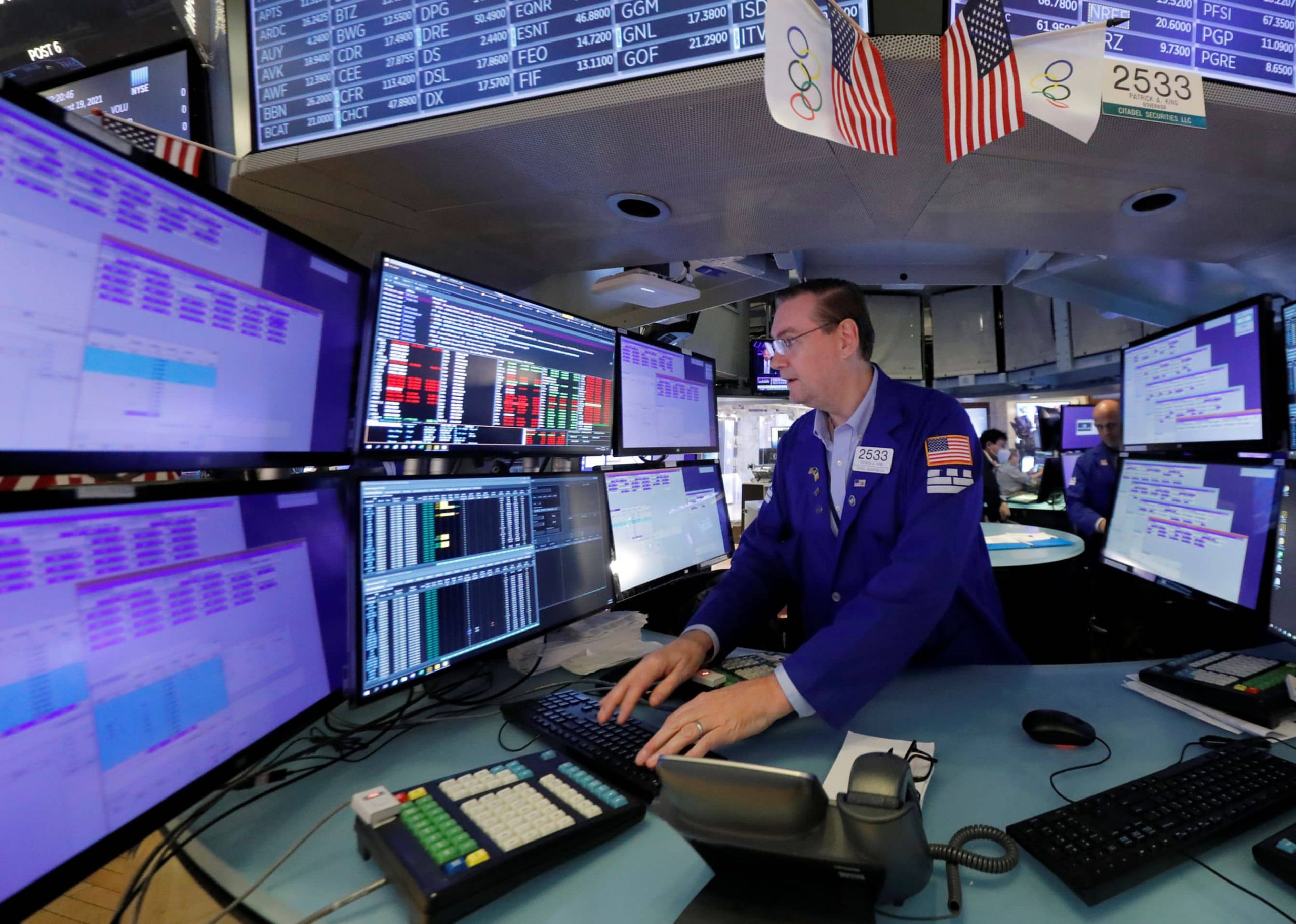 Stocks finished higher across the board during regular trading following the central bank’s commentary. The Dow gained roughly 340 points, or 1%, for its first positive session in five and best day since July 20. The 30-stock benchmark did close below its highest levels of the day, however, after advancing more than 500 points at one point.

The S&P advanced 0.95%, also snapping a four-day losing streak and registering its best day since July 23. The Nasdaq Composite finished the session 1.02% higher, while the Russell 2000 outperformed on the session, rising 1.48%.

“If progress continues broadly as expected, the Committee judges that a moderation in the pace of asset purchases may soon be warranted,” a statement from the Fed following the meeting read. No timeline was given, however.

“The Fed struck a positive tone, acknowledging that the economy is strong enough to stand on its own two feet and the central bank can begin removing the monetary stimulus that they’ve been providing since the beginning of the Covid crisis,” said Chris Zaccarelli, chief investment officer for Independent Advisor Alliance.

“Although there may be some additional turbulence this fall, we are constructive on the US economy in general and believe that any dips would be worth buying as the fundamentals are still sound and recession appears to be more than a year away at this point,” he added.

Wednesday’s move was not enough to push stocks into the green for the week, however. The Nasdaq Composite is down 0.98% over the last three sessions, while the S&P and Dow have dipped 0.84% and 0.94%, respectively.

Some of this week’s weakness is thanks to concerns over heavily indebted Chinese property developer Evergrande. The company did announce on Wednesday that its real estate group would make interest payments on time, which assuaged some fears.

September is also living up to its reputation as a tough period for stocks, and the three major averages are all down at least 2% for the month.

“We believe the S&P 500 has further room to run, but one of the biggest downside risks stems from valuations amid the prospect of higher yields/ERPs, less liquidity and slower growth,” UBS said in a recent note to clients.

On Thursday the Department of Labor will release initial jobless claims number, while several companies are on deck for quarterly updates including Darden Restaurants which reports before the market opens, while Nike and Costco Wholesale will provide quarterly updates once the market closes. Flash estimates for September Manufacturing PMI and Services PMI will also be released.