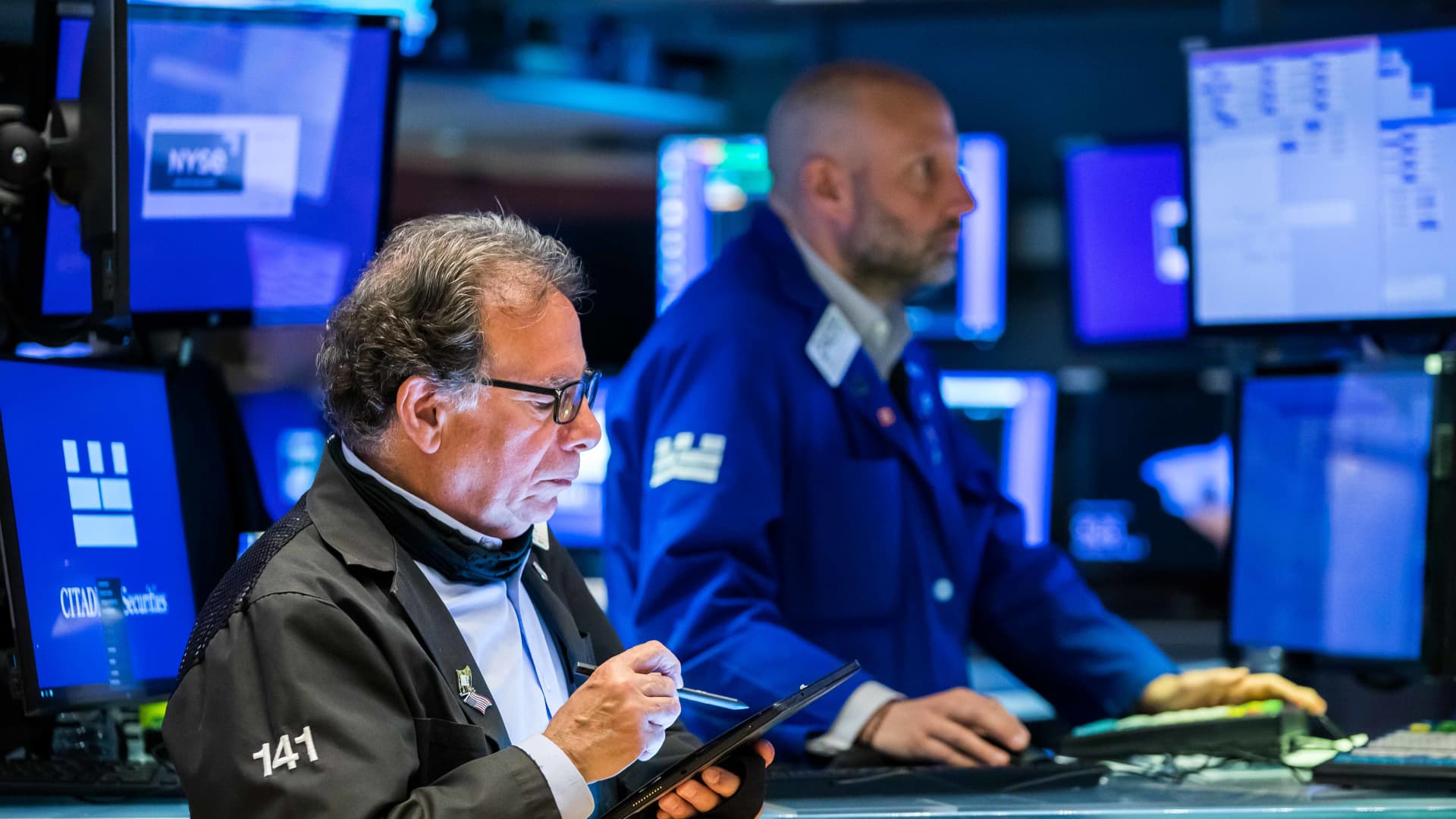 U.S. stock futures were down on Tuesday morning after the major averages staged a big reversal to start the month.

On Monday, the major averages posted a wild up-and-down session with the Nasdaq Composite rising 1.63% in a late-day comeback, despite falling as much as 1.07% earlier in the day. The S&P 500 rose 0.57% after hitting a new 2022 low earlier in the session.

The benchmark 10-year Treasury yield also climbed to a new milestone on Monday. The bond yield hit 3.01% during the session, its highest point since December 2018.

“I think it’s really hard to try to pick bottoms in the market or pick tops in the market,” Tim Lesko, director and senior wealth advisor at Mariner Wealth Advisors, said Monday on CNBC’s “Closing Bell.” “I think what we’re seeing is that in the long run, we’ve got a very high allocation to stocks, people are starting to rebalance and there’s some competition for stock now in the marketplace.”

Those moves come ahead of a widely anticipated Federal Reserve meeting.

Wall Street is largely expecting interest rates the central bank to raise rates by 50 basis points this week, with some investors believe expectations of aggressive monetary tightening from the central bank are already priced into markets.

The Federal Open Market Committee will issue a statement at 2 p.m. ET on Wednesday. Fed Chair Jerome Powell is expected to hold a press conference at 2:30 p.m.

The expected rate hike comes as there are growing concerns about the global economy, due in part to China’s lockdowns and the war in Europe.

“Markets continue to be hostage to the China Covid-19 response and the geopolitics, which are overshadowing what is still a very resilient fundamental picture,” JPMorgan strategist Mislav Matejka said in a note to clients.

A number of consumer-oriented companies are still reporting earnings this week. Shares of Avis Budget jumped more than 6% during extended trading after the car company surpassed earnings expectations on the top and bottom lines.

Elsewhere, shares of Restaurant Brands and Pfizer were little changed in premarket trading after beating expectations on the top and bottom lines Tuesday morning.

Airbnb, AMD, Lyft and Starbucks are expected to report earnings after the bell Tuesday.

Traders will also watch for the latest reading of the Job Openings and Labor Turnover (JOLTS) data that is expected at 10 a.m. ET on Tuesday. Data on auto sales for April is also expected on Tuesday.