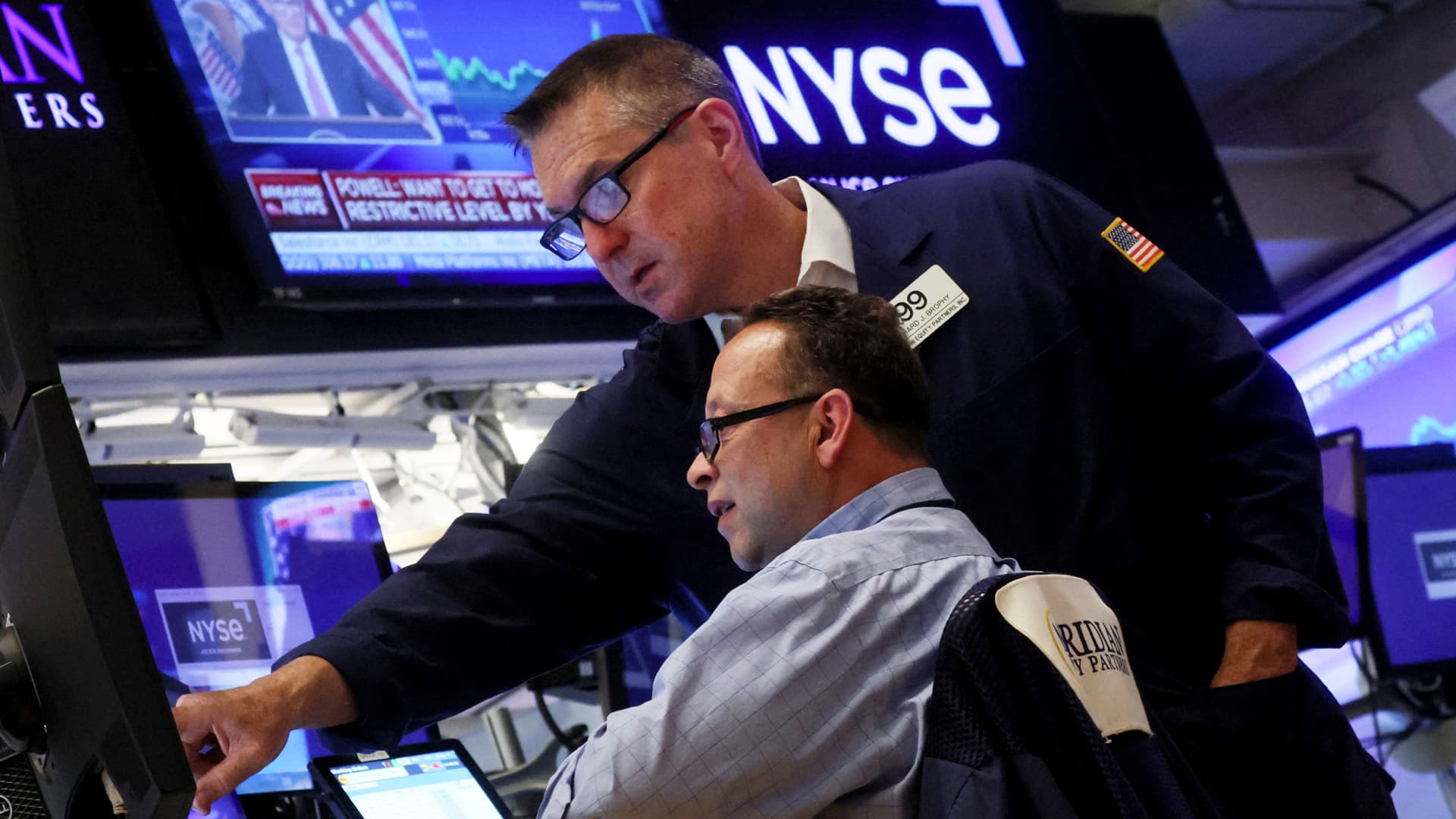 Stock futures rebounded on Thursday even after the latest GDP showed a second-straight contraction as investors bet the economic downturn would soon cause the Federal Reserve to end its aggressive hiking campaign.

Futures tied to the Dow Jones Industrial Average added about 1 point. S&P 500 futures were flat and Nasdaq 100 futures shed 0.2%. Futures were much lower before the report.

U.S. economic growth fell 0.9% in the second quarter, the Bureau of Economic Analysis reported. The Dow Jones estimate was for a gain of 0.3%. First-quarter GDP declined by 1.6%.

Investors have grown increasingly concerned in recent months that the Fed’s attempts to tame surging prices would move the economy closer to a recession. Many characterize a recession as having two back-to-back negative quarters of economic growth. It’s more nuanced than that though, according to the National Bureau of Economic Research, the official arbiter of recessions, which considers several additional factors.

The moves come on the heels of a broad-based rally Wednesday after the Fed hiked interest rates by 0.75 percentage point for the second consecutive time to fight inflation, and investors continued to bet on whether the central bank can halt surging prices without pushing the economy into a recession.

Following the rate hike from the Fed, DoubleLine Capital’s CEO Jeffrey Gundlach told CNBC’s “Closing Bell Overtime” he believes the central bank is no longer behind the curve on inflation and Powell has regained credibility.

“This market reaction seems less of a sugar high than the prior two in June and May,” Gundlach said.

Futures were lower earlier in the morning following a slew of earnings reports. Shares of Meta Platforms dipped 5.9% on the back of disappointing quarterly results. Teladoc cratered more than 25% after taking another large goodwill charge. Stanley Black & Decker shares tumbled about 15% premarket after the manufacturing company missed earnings and revenue estimates and cut its earnings guidance.

On the earnings front, investors are looking ahead to results from Apple, Amazon, Intel and Roku slated for after the bell.