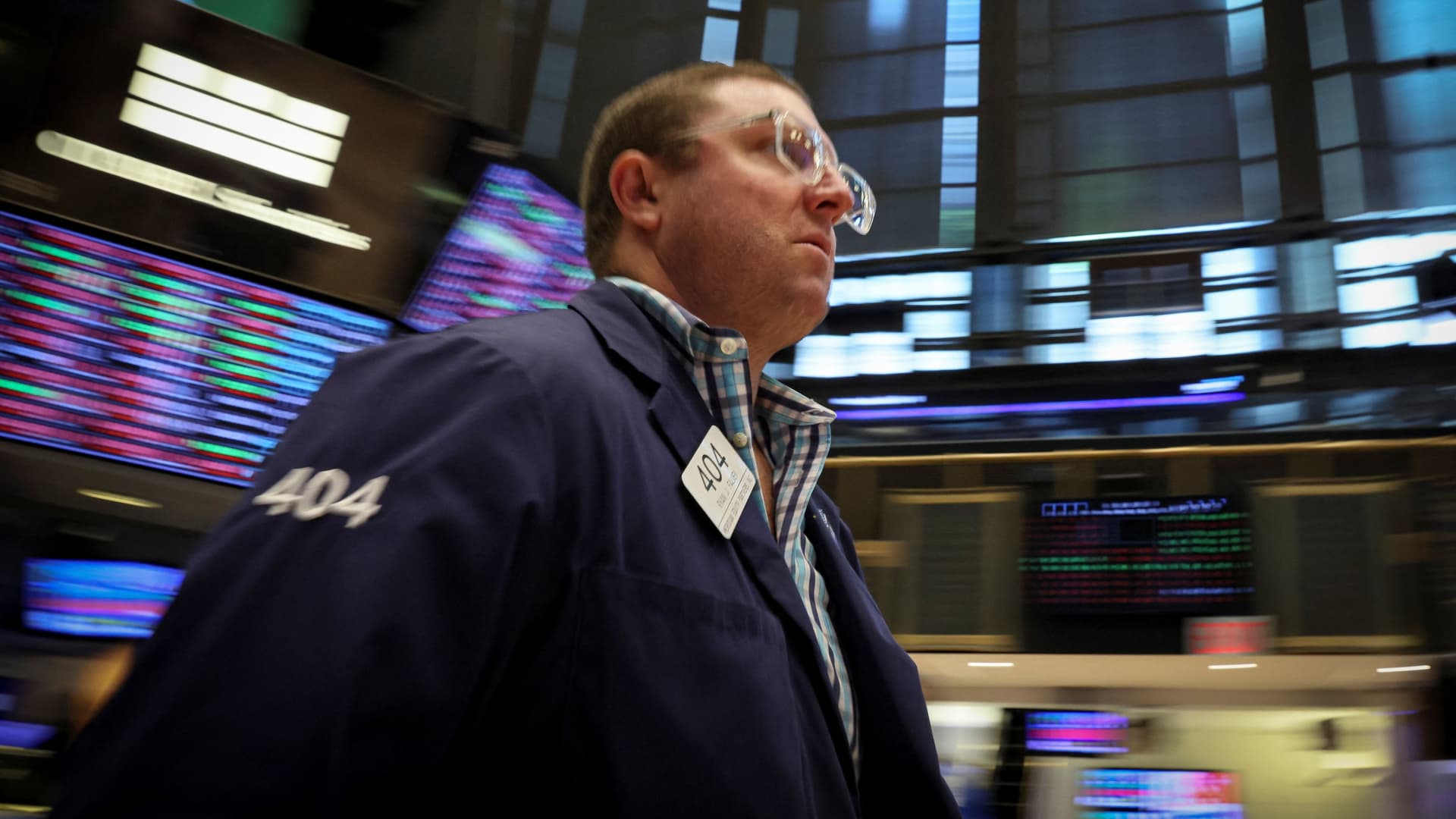 Stock futures rose Tuesday as traders pored through more corporate earnings reports a day after the market failed to sustain a sharp rally.

Investors continued to assess second-quarter reports from major companies this week for clues on how businesses will handle economic pressures — including greater inflation and a stronger dollar — as recession fears persist.

Johnson & Johnson reported better-than-expected quarterly earnings and revenue, although the pharmaceutical giant also cut its full-year revenue and profit guidance. Hasbro’s revenue for the previous quarter came in a tad below expectations, while the toymaker’s earnings per share beat a Refinitiv forecast.

IBM shares fell 5% in the premarket, after the tech company lowered its forecast for cash flow, even while reporting earnings that beat Wall Street’s earnings and revenue estimates.

Shares of Halliburton rose 1% in the premarket on the back of sharply rising oil prices this year that boosted profits for the company.

Netflix is set to report after the close Tuesday. Later in the week, Tesla, United Airlines, American Airlines, Snap, Twitter and Verizon are among those scheduled to report.

So far, roughly 8% of S&P 500 companies have reported calendar second-quarter earnings. Of those companies, about two-thirds have beaten analyst expectations, FactSet data shows.

Some investors believe that stocks have mostly priced in a downturn after their sharp declines this year. However, others warned investors to hold on to some cash and prepare for more losses ahead.

“[While] I acknowledge sentiment is bad and we could see a large, tactical rally, I am currently more concerned about protecting downside than missing upside, in the aggregate,” Wedbush analyst Kevin Merritt wrote in a Tuesday note.

On Monday, the Dow shed more than 200 points to end the day in the red, reversing a morning rally fueled by solid earnings reports from Goldman Sachs and Bank of America. Oil broke above $100 a barrel, and bitcoin surged to the highest levels seen since mid-June.

Late in Monday’s session, stocks were dragged down on a Bloomberg report that Apple would slow hiring and spending on growth next year to prepare for a potential economic downturn. Shares of the iPhone maker ended the day about 2.1% lower.