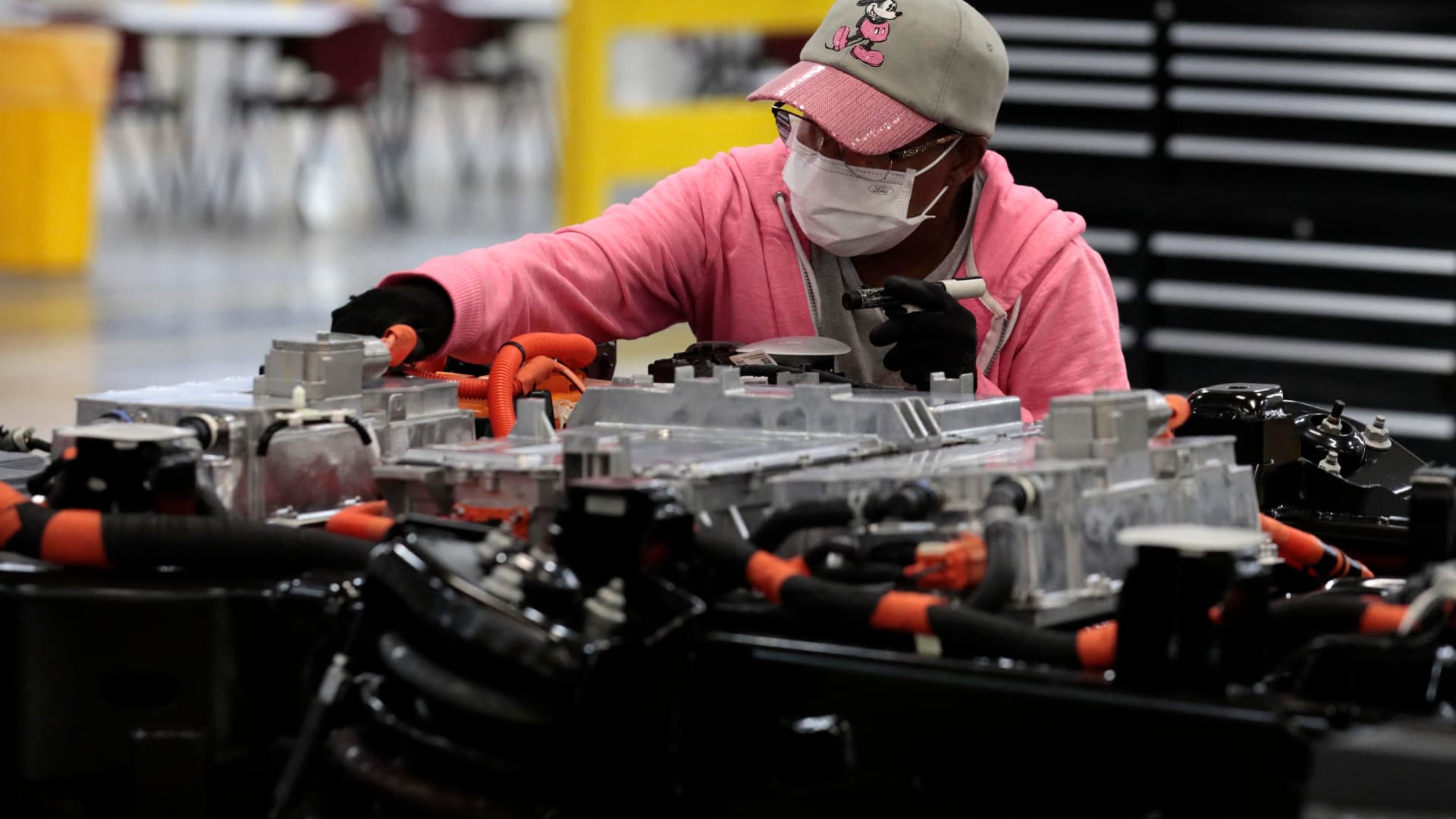 Check out the companies making headlines in midday trading Tuesday.

Ford — The auto giant’s stock dropped 12.3% after the company told investors that its third-quarter costs were $1 billion more than expected due to inflation and supply chain issues. Ford’s operations were also impacted by a dock worker strike in the UK that began Tuesday.

BioNTech, Moderna — Shares of vaccine makers rebounded after slipping Monday, when President Joe Biden made a comment that the pandemic was over. BioNTech rose 0.18%, and Moderna gained 1.4%.

Humana – Shares of health company Humana gained 0.36% and touched an all-time high a day after the company raised its earnings guidance for the fiscal year. The company was also upgraded by Morgan Stanley, who said it could be the top retail drug plan for Medicare Advantage.

Cognex — Shares of machine vision systems maker Cognex jumped 6.5% after the company raised its revenue outlook for the current quarter. The updated revenue comes after the company recovered faster than expected from a fire at one of its primary manufacturers.

Oxford Industries — The parent of Tommy Bahama and Lily Pulitzer surged 5.9% after making a $270 million acquisition that will boost earnings, and raising its third-quarter forecasts.

Olin — The manufacturing company fell 4.2% after issuing its third-quarter EBITDA guidance. Olin sees third-quarter adjusted EBITDA of $530 million to $550 million, down about 15% from the second quarter.

Nike – Shares of the athletic apparel retailer fell 4.5% after Barclays downgraded the stock to equal weight from overweight. The firm pointed out that Nike’s continued volatility in China and demand erosion in North America and elsewhere could weigh on shares.

Wynn Resorts, Las Vegas Sands — Casino stocks were the outperformers in the S&P 500 on Tuesday, with Wynn Resorts advancing 2.9% and Las Vegas Sands up 1.18%. They were among just 15 stocks in the broader market index trading in positive territory, according to FactSet.

MicroStrategy – Shares of software company MicroStrategy fell 4.7% after the company announced that it made its smallest purchase of Bitcoin in two years. The company bought 301 bitcoin for roughly $6 million, according to a Tuesday filing.

General Motors – Shares of GM slipped 5.6% after the company announced it plans to sell up to 175,000 electric vehicles to car rental company Hertz through 2027.