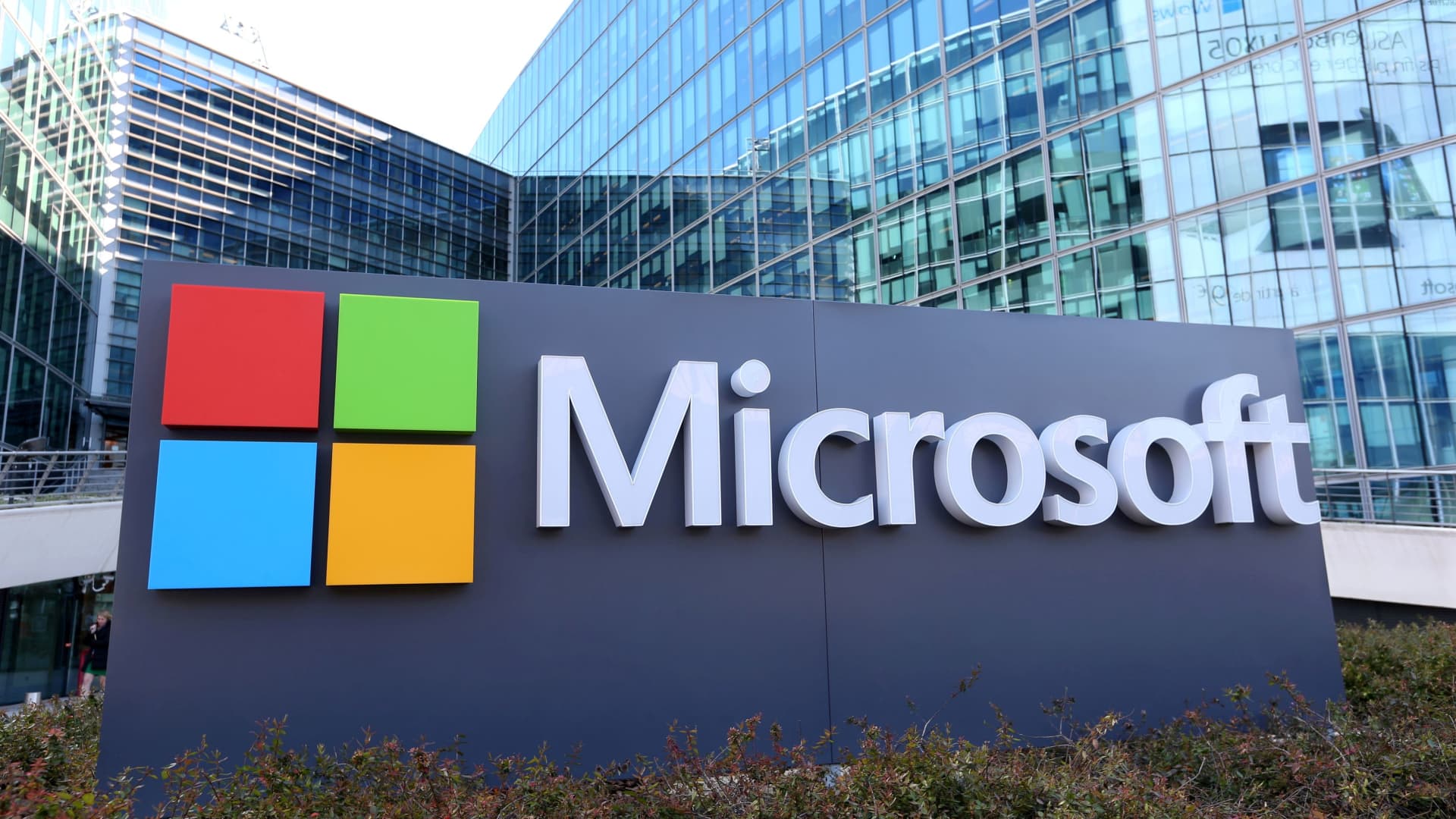 Enphase Energy — Shares jumped 7.7% after Enphase topped earnings expectations on the top and bottom lines. The energy company reported record revenues, and said it’s setting its sights on Europe as a growth area during the ongoing war in Ukraine.

Visa — Shares of the credit card company jumped 6.5% following a stronger-than-expected quarterly report. Visa reported adjusted earnings per share of $1.79 on revenues of $7.19 billion. Analysts expected $1.65 adjusted earnings per share and $6.83 billion in revenue, according to Refinitiv. The company cheered a continued recovery in travel spending and said there’s no evident impact on its global payments volumes from inflation and supply chain disruptions.

Mastercard — Shares for Mastercard jumped 5.1% on the back of competitor Visa’s strong earnings report. The payments company is expected to disclose its own quarterly earnings on Thursday.

Microsoft — Microsoft’s stock price surged 4.8% after the company reported an earnings beat in its most recent quarter. The company’s revenue guidance for each of Microsoft’s three business segments also exceeded the expectations of analysts surveyed by FactSet’s StreetAccount.

CME Group — Shares popped 5.9% after CME Group surpassed expectations on the top and bottom lines in its most recent quarter. The company also reaffirmed guidance for the 2022 fiscal year.

Boeing — Shares of the aircraft maker lost 7.% after the company reported first-quarter sales and revenue that missed analysts’ estimates. Boeing also said it’s pausing production of its 777X plane, and that deliveries may not start until 2025.

Capital One Financial — Capital One’s stock price dropped 6% even after the company exceeded Wall Street’s expectations on the top and bottom lines. The company reported a pre-tax impact of $192 million from gains on partnership card portfolios, as well as weaker than expected net interest margins.

Robinhood — Shares of the brokerage firm dropped 4.9% a day after the company announced that it was reducing the number of its full-time employees by about 9%. The announcement comes shortly ahead of Robinhood’s first-quarter earnings report, which is due out on Thursday afternoon.

Juniper Networks — Shares declined 5.1% after Juniper Networks reported earnings that were a little lower than estimates. The maker of markets networking products, such as routers and switches, cited ongoing supply chain challenges.