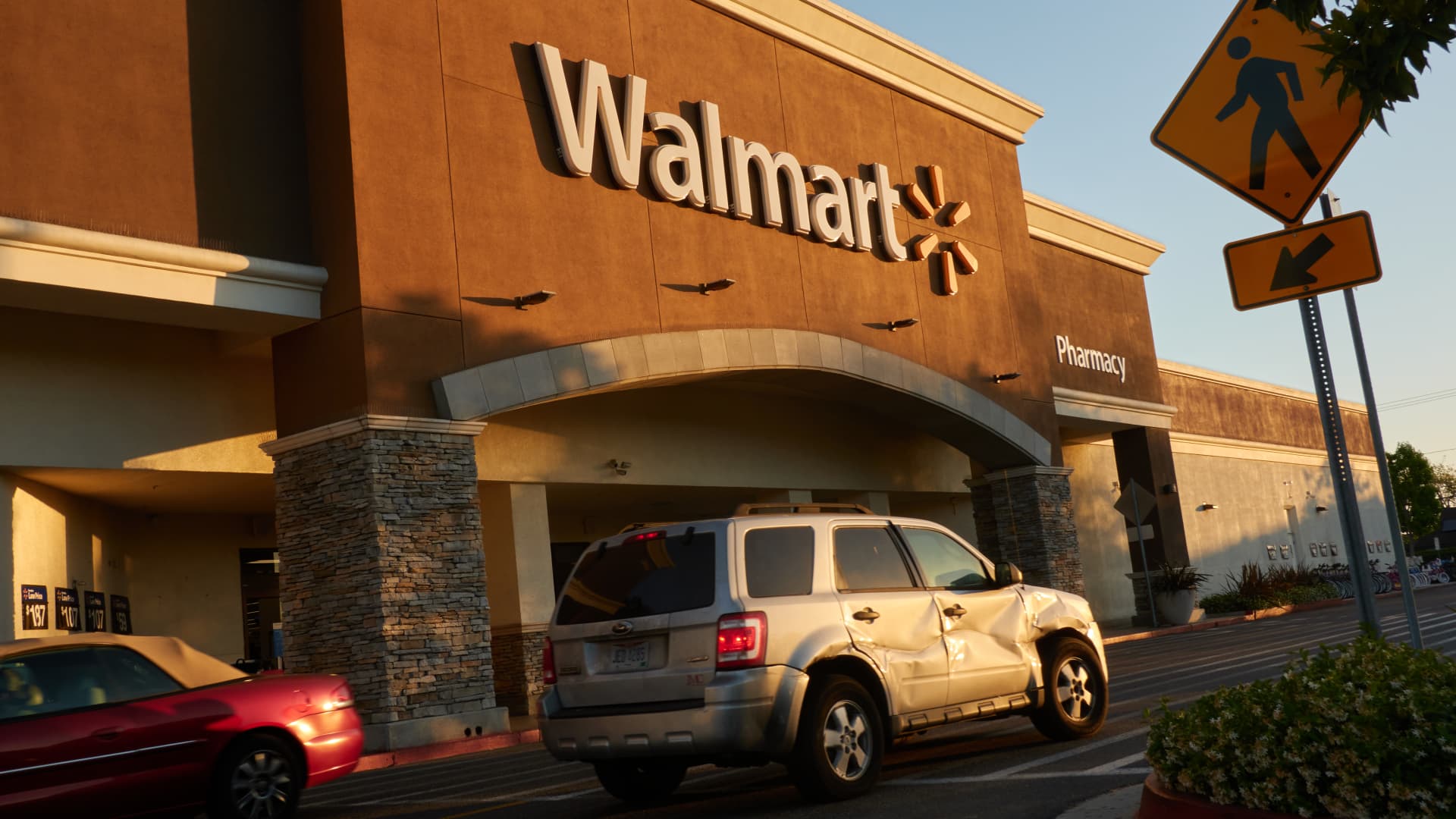 Check out the companies making headlines in midday trading Tuesday.

Walmart – Shares of Walmart slid 7.6% after the company cut its quarterly and full-year outlook, saying that inflation is shifting consumer spending towards essentials and away from things such as clothing and electronics. The news also dragged other retail stocks such as Target, Kohl’s, Amazon and Costco lower.

Shopify – Shares dropped 14.06% after the e-commerce company said it is laying off about 1,000 employees, or roughly 10% of its workforce. Shopify cited a pullback in online spending after a pandemic boom.

3M–3M jumped 5% after the company posted quarterly earnings that beat Wall Street’s expectations. The company also announced Tuesday that it will spin off its health-care business into its own publicly traded entity.

General Electric – General Electric climbed 4.6 % after the industrial giant posted a beat in quarterly earnings. The company’s quarterly profit and cash flow were higher after a recovery in aviation fueled its jet engine business.

General Motors –The automaker’s stock dropped 3.4% after the company reported second-quarter earnings that missed Wall Street’s estimates. GM was unable to ship nearly 100,000 vehicles by quarter-end due to parts shortages. GM also confirmed that it has secured the battery materials needed to build 1 million EVs a year by 2025.

Coinbase — Coinbase shares dropped 21.08% after Bloomberg News reported that the company is facing a probe from the Securities and Exchange Commission regarding its listings of digital coins. A decline in crypto may also have weighed on the stock, with the price of bitcoin falling more than 4%.

Paramount – The media company dipped 4.74% after Goldman Sachs double downgraded Paramount to sell, citing growing macro headwind. The bank slashed its price target on the stock to $20 a share.

Coca-Cola – Coca-Cola gained 1.64% after the beverage company posted quarterly results that beat Wall Street’s expectations. The company also updated its full-year organic revenue growth numbers, saying it expects growth to be 12% or 13%, up from a previous guidance of 7% or 8%.

McDonald’s – McDonald’s advanced 2.68% after the fast-food chain posted quarterly earnings that topped analysts estimates, even though revenue can in less than expected. Price hikes and value items drove growth in the U.S., according to the company, as inflation weighed on the quarter.

Roku – Shares of the streaming video stock sank 7.89% after Wolfe Research downgraded Roku to underperform from peer perform. The firm said in a note to clients that inflation and new advertising-supported subscription tiers from Netflix and Disney could hurt Roku.

Whirlpool – Shares of the appliance maker traded 2.19% higher after the company reported earnings per share that beat analyst expectations. Whirlpool posted a profit of $5.97 per share, while analysts polled by Refinitiv expected earnings of $5.24 per share.