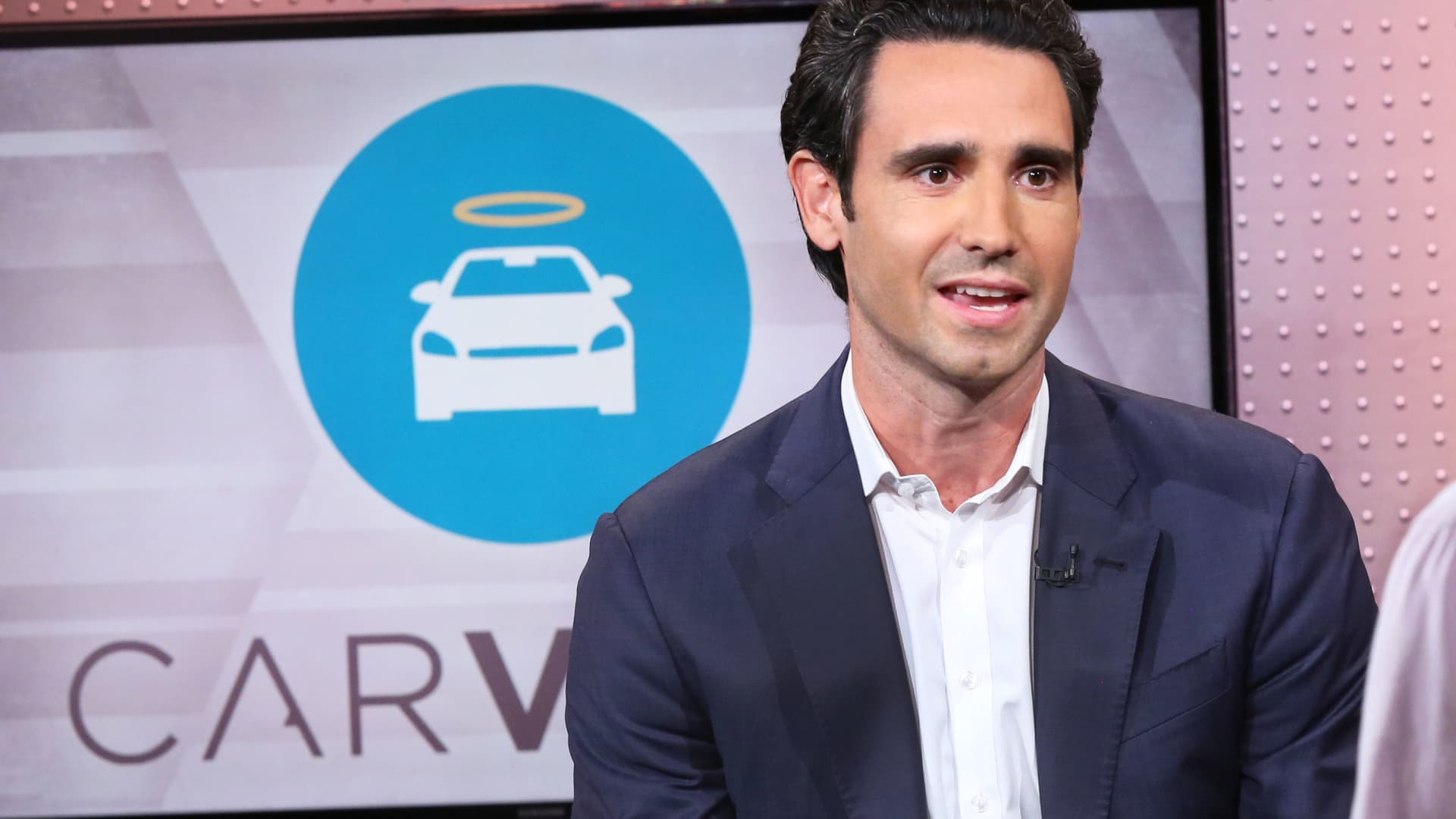 Check out the companies making headlines before the bell Monday.

Carvana — Shares of the online car seller rose more than 7% in the premarket after Piper Sandler upgraded Carvana to overweight from neutral. The firm said Carvana could double from current levels, noting that the stock is too cheap to ignore.

Roblox — Shares of Roblox slipped 1.8% in the premarket after Cowen initiated coverage of the online game platform with an underperform rating, citing uncertainty for Roblox ahead in the metaverse.

Newmont — Shares gained 2.7% after Goldman Sachs initiated coverage of Newmont with a buy rating, saying the stock looks undervalued and that the company has new development projects in the pipeline that can boost growth.

Bill.com — The payments software stock rose more than 2% in premarket trading after Morgan Stanley initiated coverage of the stock with an overweight rating. Analyst Keith Weiss said in a note that the stock was at an “attractive entry point” after underperforming the market this year and that Bill.com is a category leader with a solid moat.

Adobe — Adobe’s stock dipped 1.5% following a downgrade to neutral by Mizuho amid a murky macro environment.

Alphatec — The medical technology stock jumped 3.1% in the premarket after Morgan Stanley initiated coverage of the stock with an overweight rating, saying the company outpaces peers to gain share in the spine surgery market.

Bristol-Myers Squibb — The stock surged 6.7% after the U.S. Food and Drug Administration approved Sotyktu, an oral treatment for plaque psoriasis.

Walt Disney — Shares of the entertainment and media giant gained slightly on the heels of its 2022 D23 Expo over the weekend, where CEO Bob Chapek touted its rebounding theme park business and hinted in an interview that he has big plans for ESPN. Activist investor Dan Loeb also reversed his position on spinning off ESPN, tweeting Sunday he now understands the value of keeping the sports network under Disney.

KLA, Lam Research — Shares of the semiconductor companies declined following a Reuters report, citing people familiar with the matter, that said the Biden administration plans next month to publish new restrictions on U.S shipments to China of semiconductors. KLA and Lam Research each dipped 1%.

Union Pacific — Shares of railroad companies rose after two unions warned of cargo delays as they negotiate contracts for almost 60,000 workers, according to a Reuters report. Union Pacific is down 1.6% in premarket trading. CSX is 0.4% lower.

Coinbase — Crypto stocks popped on the back of the Ethereum merge. Coinbase is up 2.6%, Marathon Digital Holdings is 3.5% higher, and Riot Blockchain is up 2.8%.