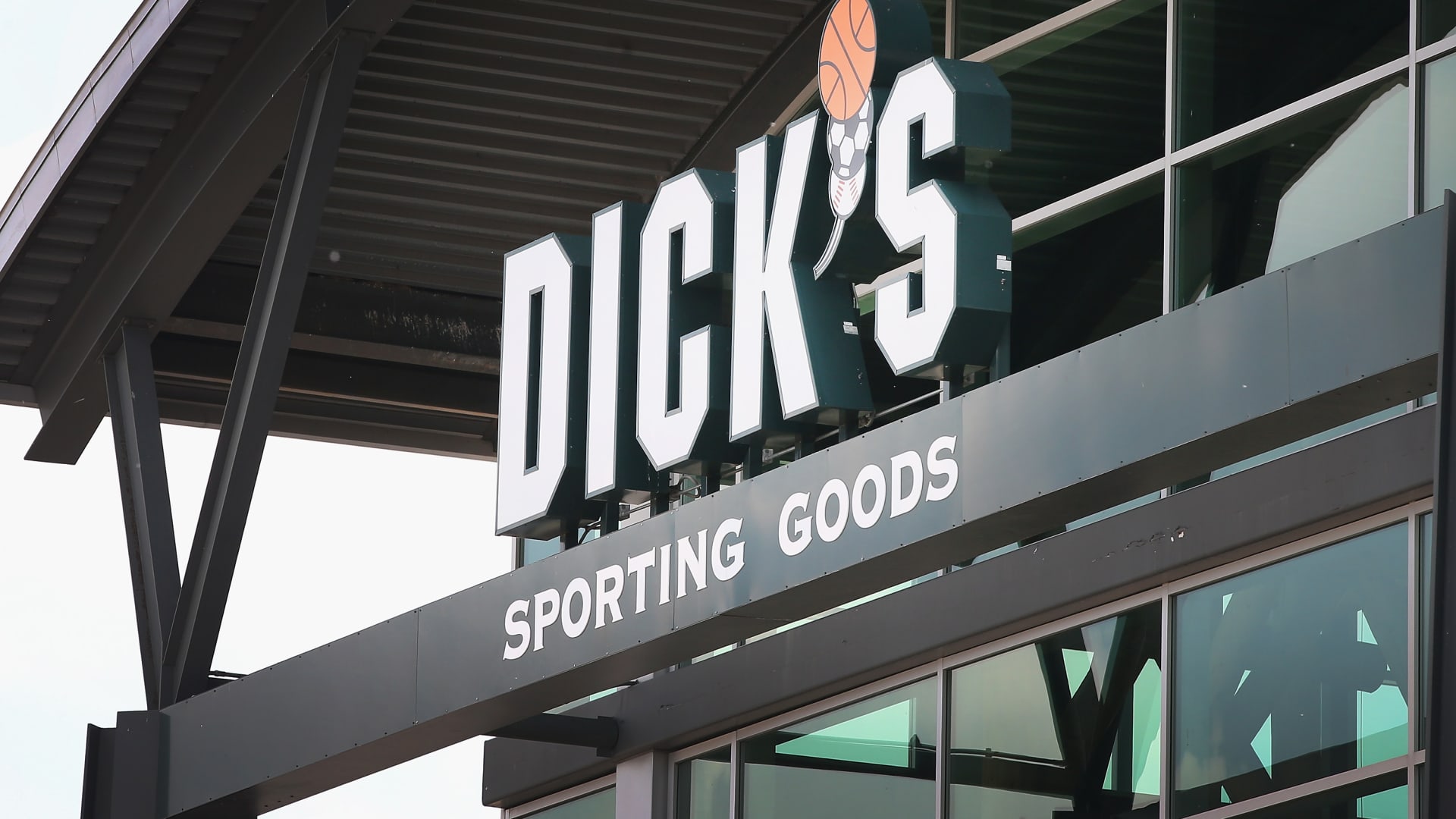 Dick’s Sporting Goods (DKS) – The sporting goods retailer’s shares slid 14.4% in the premarket after it issued a weaker-than-expected outlook for the full year as it adjusts for what it calls challenging macroeconomic conditions. Dick’s reported better-than-expected profit and revenue for its latest quarter, and comparable-store sales that fell less than expected.

Express (EXPR) – The apparel retailer’s shares jumped 11.8% in premarket trading after reporting quarterly results that were better than expected. Express lost an adjusted 10 cents per share, narrower than the 15-cent loss anticipated by analysts, and revenue topped forecasts as well. Express also raised its full-year outlook for comparable-store sales.

Wendy’s (WEN) – Wendy’s rallied 8.8% in premarket action after long-time shareholder Trian Fund Management said it was exploring an acquisition or other potential deal for the restaurant chain. Trian is the company’s largest shareholder, with a 19.4% stake.

Lyft (LYFT) – Lyft plans to cut budgets and slow hiring, moves similar to those recently announced by ride-sharing rival Uber Technologies (UBER). Lyft shares are down more than 60% this year, including a more than 17% tumble Tuesday.

Nordstrom (JWN) – Nordstrom rose 5.3% in the premarket after the retailer raised its annual sales and profit forecast, a contrast to other big box retailers. Nordstrom posted a slightly wider-than-expected loss for the first quarter, while sales at the flagship Nordstrom brand stores surged 23.5% to exceed pre-pandemic levels.

Urban Outfitters (URBN) – Urban Outfitters fell 1.6% in premarket trading after first-quarter results that fell shy of analyst forecasts on both the top and bottom lines. Like other retailers, Urban Outfitters highlighted the negative impact of inflation on its operations including higher costs for raw materials and transportation.

Correction: Nordstrom posted a slightly wider-than-expected loss for the first quarter, while sales at the flagship Nordstrom brand stores surged 23.5% to exceed pre-pandemic levels. An earlier version mischaracterized the figure.