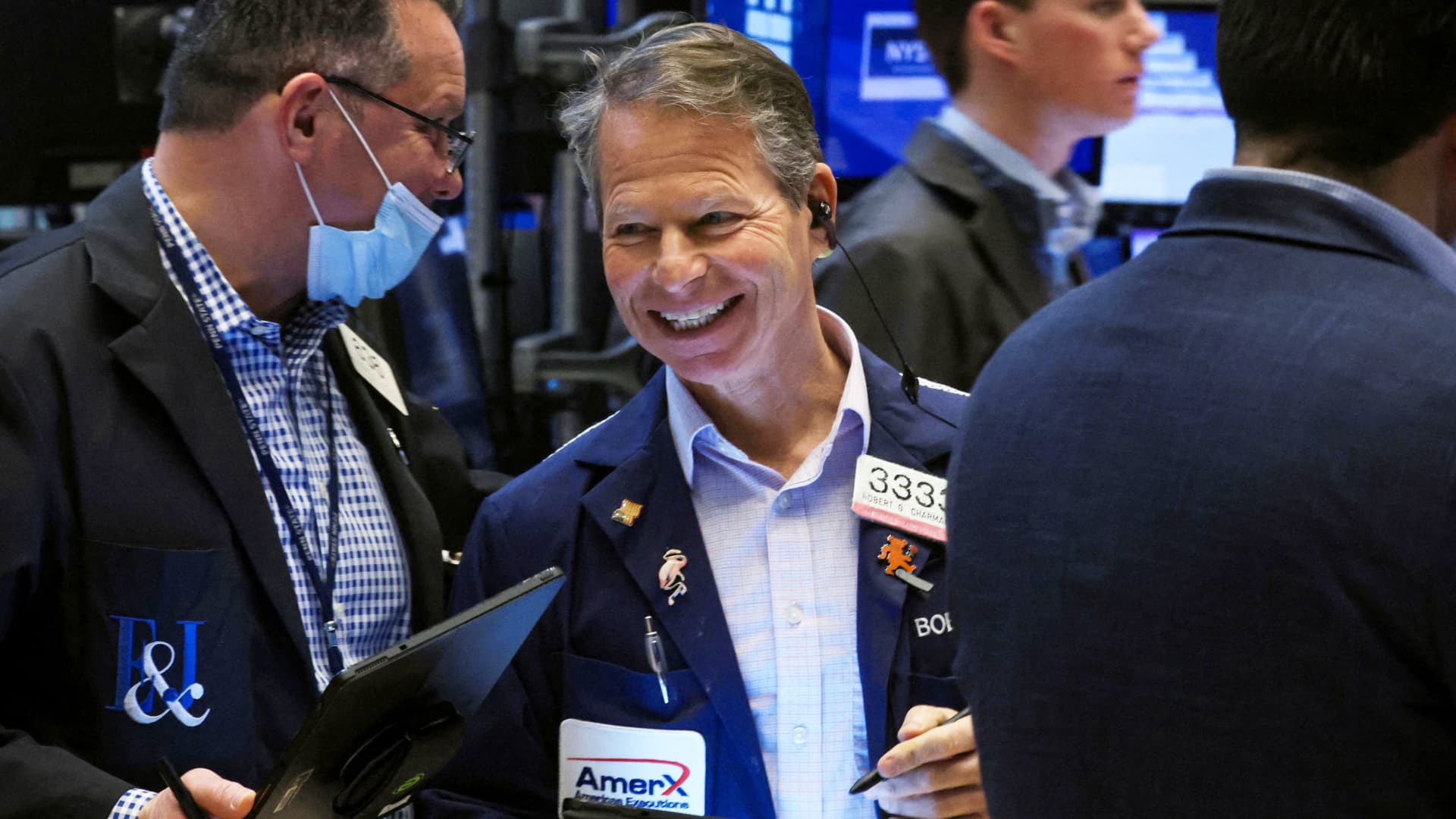 Stocks are coming off a volatile session Monday, as Powell said “inflation is much too high” and vowed to take “necessary steps” to curb inflation. The comments came less than a week after the Fed raised rates for the first time since 2018.

“If we conclude that it is appropriate to move more aggressively by raising the federal funds rate by more than 25 basis points at a meeting or meetings, we will do so,” said Powell on Monday to the National Association for Business Economics. One basis point equals 0.01%.

Some market participants raised their expectations for rate hikes following Powell’s comments. Goldman Sachs on Monday upped its forecast to 50 basis point hikes at the May and June Fed meetings.

The benchmark 10-year U.S. Treasury yield on Tuesday hit 2.39% at the highs of the session, its highest level since May 2019.

Bank stocks rose Tuesday along with interest rates. JPMorgan gained more than 2%, and Bank of America rose around 3%.

Technology stocks, which struggled Monday after Powell’s comments, rebounded Tuesday. Big Tech names Meta and Amazon all gained more than 2% and Alphabet rose more than 3%, providing support to the indexes.

Nike shares moved up more than 4% after the retailer reported a beat on the top and bottom lines for its fiscal third quarter, buoyed by strong demand in North America.

Investors on Tuesday continued to watch the situation in Eastern Europe, with President Joe Biden saying Russian President Vladimir Putin’s back is “against the wall” as the war with Ukraine nears a stalemate.

The three major averages are on pace to finish the month positive, even amid geopolitical risk and Fed tightening.

“Stocks have done okay … in recent sessions,” U.S Bank Wealth Management’s Lisa Erickson told “Squawk Box” on Tuesday. “It’s on the back of what’s going on fundamentally with the macroeconomy as well as with underlying company earnings.”

“There has been some slowing, but, really, both of those factors have been quite resilient,” Erickson added.