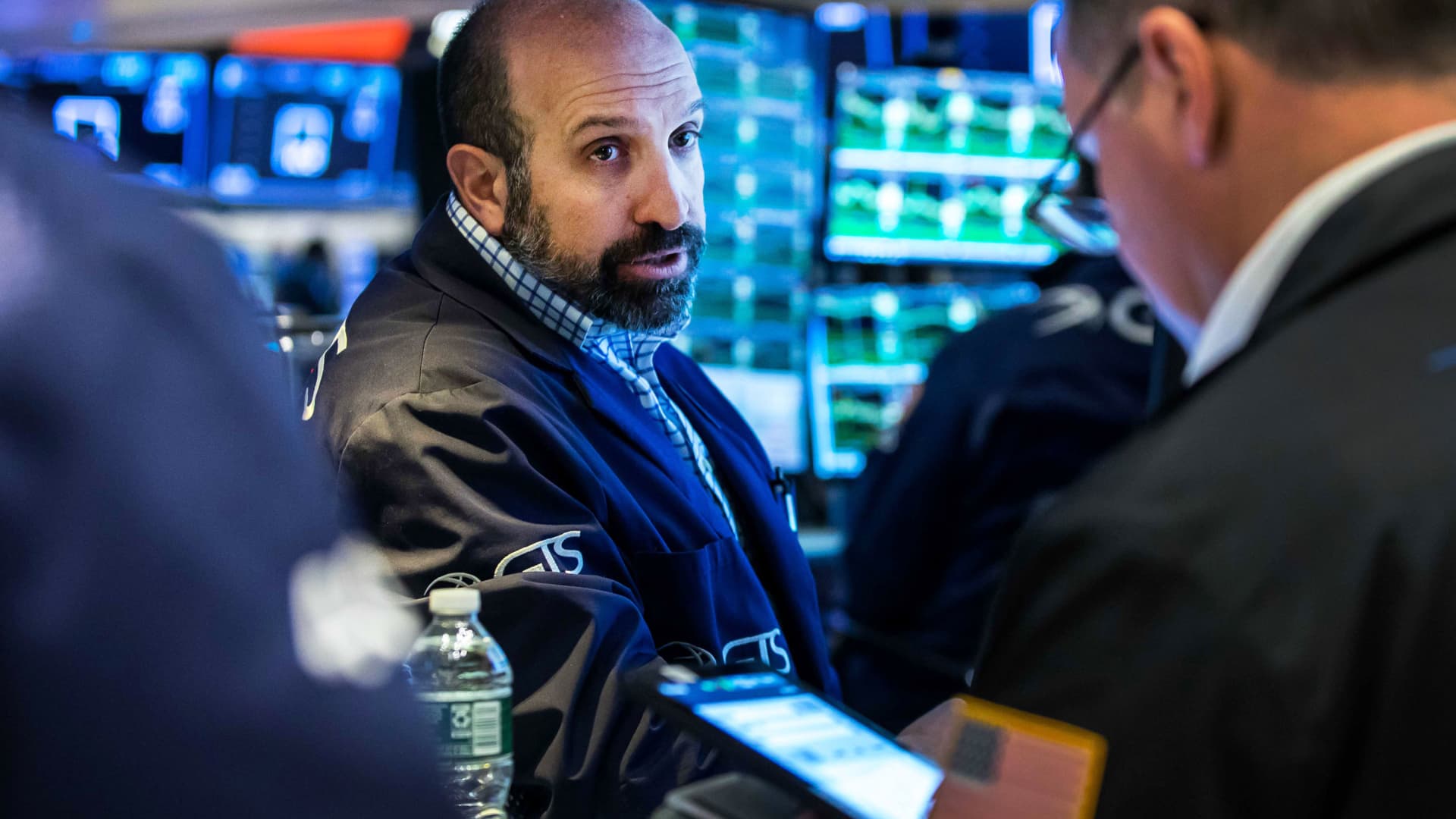 Stocks were higher Friday as the Dow Jones Industrial Average was on pace to snap an eight-week losing streak.

The Dow climbed 370 points, or 1.2%, and the S&P 500 gained 1.8%. The tech-heavy Nasdaq Composite was the outperformer, up 2.6%, helped by strong earnings from software companies and a fall in the 10-year Treasury yield.

“We’re taking a breather here and making some adjustments in the market to allow for that,” Tom Martin, senior portfolio manager at Globalt Investments, told CNBC. “We have come a long way down pretty fast and if we can stabilize here then the declines we’ve seen might be all that’s needed, or something close to that.”

A report showing inflation slowing a bit helped give stocks a boost on Friday. The core personal consumption expenditures price index rose 4.9% in April, down from the 5.2% pace seen the previous month. This particular report is watched closely by the Federal Reserve when setting policy.

Investors on Friday also continued to parse through retail earnings. Ulta Beauty shares were up about 9% after the company reported better-than-expected quarterly results, while Gap sunk 8% after slashing its profit guidance.

“The consumer appears to have a ‘barbell’ approach to spending: low-end necessities and higher-end experiences/luxury items are doing fine, while general merchandise spending is being delayed, i.e., getting one more year out of that worn-down patio furniture is okay,” Wells Fargo senior equity analyst Christopher Harvey said Friday.

“This week, various retailers started to balance the macro narrative, with the demise of the consumer now appearing to have been greatly exaggerated,” he added.

Tech stocks were among the top gainers in the S&P 500. Software company Autodesk rose 7.4% after reporting strong earnings for its most recent quarter. Dell Technologies jumped 13.6% on earnings and chipmaker Marvell advanced 3%. Crowdstrike and Datadog were also higher Friday, each up more than 5%.

The moves came as investors assessed the sustainability of this week’s rally, and whether it’s a relief bounce or the bottom of this year’s long sell-off is in.

The Dow, S&P 500 and Nasdaq Composite are on track to close the week higher. The Dow is up 5.2% and on track to snap its longest losing streak since 1923. The S&P 500 is 5.2% higher and the Nasdaq is up 5.2% on the week. Both are riding seven-week losing streaks. A chunk of the week’s gains came Thursday, when all three of the averages rallied as strong retail earnings lifted sentiment.

Still, the averages are well off their highs, with the Nasdaq Composite solidly in bear market territory and the S&P 500 having briefly dipped more than 20% below its record last week.

Jeff Kilburg, chief investment office of Sanctuary Wealth, said he looks to the Treasury market as a “beacon of light” for the stock market. The 10-year Treasury yield has fallen below 2.75% from a peak of around 3.25% this year.

“I’m not calling it a bear rally, just a repositioning. A lot of people got too pessimistic,” said Jeff Kilburg, chief investment office of Sanctuary Wealth. “I go back to interest rates. When you saw Treasurys have that pop above 3%, it wasn’t sustainable. When it came under 2.75% that allowed equities to heal, that was the all-clear short-term to come back into equities.”