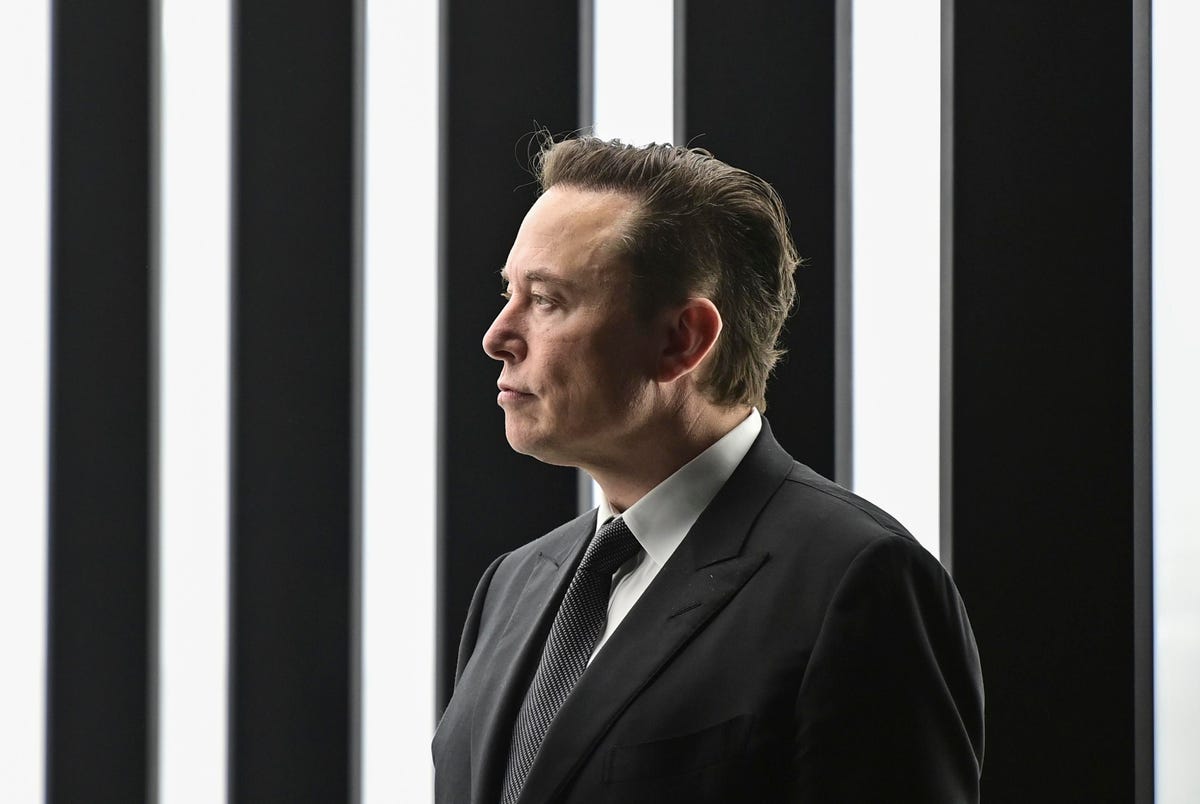 Tesla’s stock has fallen just over 50% this year, closing at $174.04 on Wednesday. It is also down 58% from its all-time closing high of $409.97 on November 4, 2021. The company’s market cap has fallen this year from over $1.11 billion to $550 billion. It traded down almost 3% in early Thursday trading but clawed its way back to breakeven later in the day before rolling back down almost 2%.

Tesla’s shares are facing multiple headwinds ranging from its chart pattern, potential demand weakness and still lofty valuations even though its price has been cut by more than half this year.

Stock has broken through support

Carter Braxton Worth is founder of Worth Charting and frequent CNBC guest. He follows the markets as a technician and was the Chief Market Technician at Oppenheimer, Sterne Agee & Leach and Cornerstone Macro for almost 20 years before recently founding his own firm.

He has sent a series of emails starting back in June where he has recommended selling Tesla stock.

In an update last night that he sent to me his price objective is $150+/-.

He is basing this on at least two charts. The first shows a Head and Shoulders pattern with the subsequent downturn in the shares breaking through a rising support line.

The second is the same Head and Shoulders pattern with the shares breaking through a support level that goes back for almost a year.

Toni Sacconaghi at Bernstein writes some of the most detailed reports by a sell-side analyst. These are some of the recent highlights.

He wrote, “Tesla increasingly appears to have a demand issue. We believe demand weakness stems from (1) increasing EV competition; (2) Telsa’s narrow (and expensive) product family which is reaching saturation; and (3) a weakening global economy. The company has responded by cutting prices in China and the US (for December deliveries), and purportedly reducing production in China.”

While he sees these negatives impacting average selling prices and gross margins, there are offsets such as improving margins in its Texas and Berlin factories, operating expense leverage and potential tax credits on cell manufacturing.

2023 estimates: Sacconaghi’s changes and the Street’s outlook on revenue and EPS

While Tesla’s shares were extremely expensive on valuation metrics a year ago, they are now just expensive with a P/E multiple of 31x on 2023 earnings estimate of $5.60. Sacconaghi points that while Tesla’s P/E is slightly lower than Ferrari’s, it is still significantly higher than any other car manufacturer. Note that the next two charts are from a November 29 report when Tesla’s stock was at $183.

Another perspective on the company’s valuation is its market cap per car delivered vs. other OEMs. As the chart shows there is a huge difference between Tesla and other car manufacturers.

While Sacconaghi’s price targets over the past two and a half years have been substantially below the stock’s price, the shares are now much closer to his target. Sacconaghi uses five valuation metrics to help arrive at his $150 price target. They are:

Back to its price from two years ago

Tesla shares are up substantially from the late 2019/early 2020 timeframe, however, they are back to prices in late 2020.

As can be seen in the far right of the next chart, its recent lows are around $168. If it falls below this level it is another indication that Worth’s $150 target comes into play.