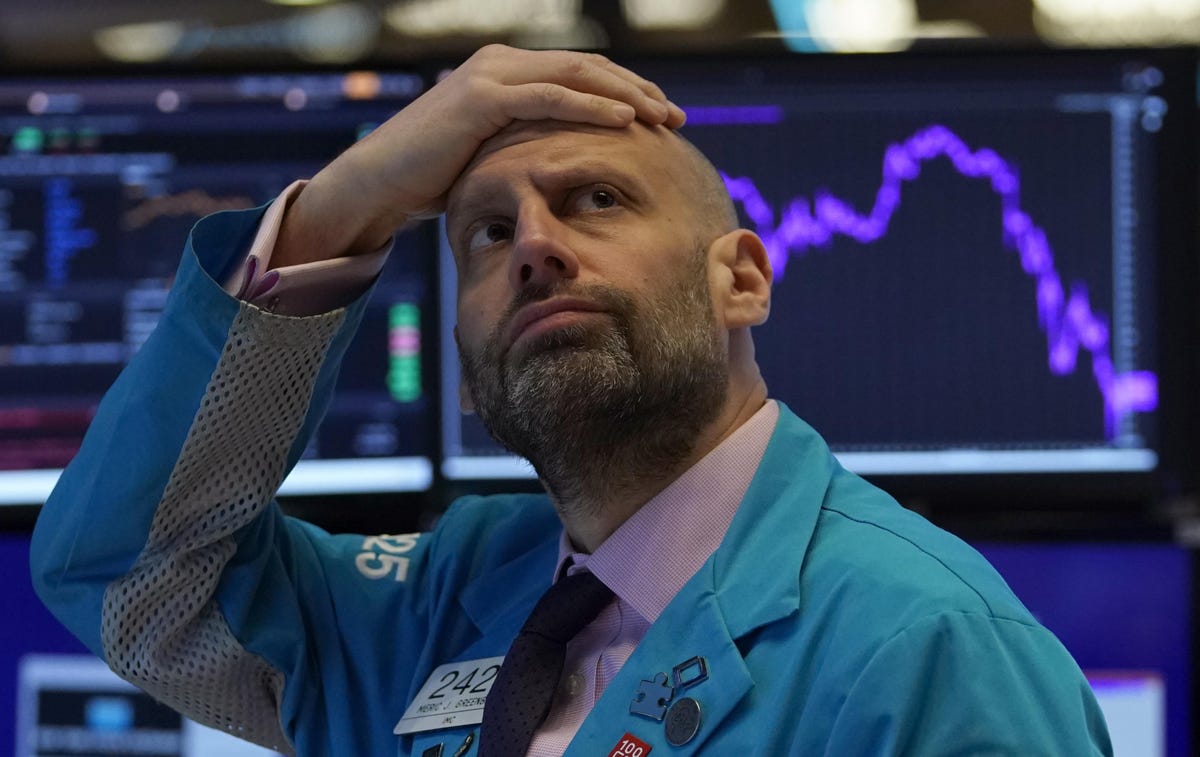 The Put/Call Ratio (PCR) – the daily volume of Put options vs Call options on the Chicago Board of Options Exchange – is one of the most accurate indicators of stock market sentiment (optimism vs pessimism), which is closely watched as an harbinger of future trends. Thus, an extremely elevated PCR on September 23, 2022 was a strong Buy signal. In fact, it correctly predicted a major market rally, which began just one week later and led to a 20% rise in the Dow (so far).

But last month, the PCR went haywire. It generated a freakish pattern of repeated, massive spikes of pessimism, spaced several days apart throughout the month – reaching levels far higher than the September event, higher than any previous recorded measurements.

Nothing like this has ever happened before in the history of this indicator.

What does it signify? It has the look of something “technical” – but what? And if not merely technical, if it conveys something real and important about the market and the economy, what then is the message?

The PCR is simple and precise. The CBOE reports options volumes daily. When traders buy Put options – the right to sell a share of stock in the future, at a particular price which is lower than the current price – it reflects the straightforward belief that the price of the stock will fall. A high PCR can reasonably be viewed as an expression of negative sentiment. When traders buy Call options – the right to buy shares at a particular price – it expresses positive sentiment. If Put options outnumber Call options – that is, if the Put/Call Ratio (PCR) is greater than 1 – it means that the market is pessimistic. If much lower than 1, then investors are said to be generally bullish.

And here’s the important point. Most sentiment metrics are contrarian. Empirically, that has been shown to be the case here. A high Put/Call Ratio is – counterintuitively – a strong Buy signal. Unlike many other expressions of sentiment, the PCR is quantitatively precise and timely. It is updated daily. And it is more than just an expression of opinion. The Michigan Consumer Sentiment Index (to take one example) is based on a poll, which is without consequence for respondents. The PCR is a staked bet, backed by cold cash, and the prospect of real gain or loss.

On September 23, the overall Put/Call ratio surged to its highest point in years – reaching the 99th percentile signaling extreme investor pessimism. The Dow hit bottom the following week, and the rally began.

The market has gained about 20% since then (through Dec 2). That was enough for Barron’s to announce a “new bull market.”

Academic research supports the general validity of the contrarian interpretation of the PCR, especially at the extreme values. A very high PCR – reflecting highly negative market sentiment – is a reliable signal of a forthcoming rally. Over a 15 year period, a PCR “spike” (a reading in the 95th percentile or higher, or more than 2 standard deviations away from the mean on the high side) was followed, on average, by significant gains in the following quarter.

Options trading is an expression of sentiment, and traders are usually wrong. 80-90% of retail options players lose their bets. When Puts strongly outnumber Calls, the misplaced pessimism constitutes a useful signal, if the sign is reversed.

The November Hurricane: What Comes Next?

The overall PCR is made up of several components. Separate PCR’s are calculated for Indexes (like the S&P 500), ETF’s (exchange traded funds), the VIX (volatility index), and Equities (individual stocks). Equities PCR’s reflect a rather higher level of optimism overall, typical of retail sentiment, compared to the other categories. Individual investors are generally bullish. Therefore the Equities PCR almost never exceeds 1.00. From January through October of this year, the average Equities PCR was 0.64. Call options dominated. The PCR traded below 1.00 every single day except Sept 23.

But November broke every pattern. The equities PCR jumped above 1.00 five times in five weeks. On November 16, it reached an all-time record of 1.46.

That was 7.4 standard deviations above the long-term average. In statistical terms, this means that if it were really a random market pricing process (as Prof Malkiel of Random-Walk-Down-Wall-Street fame would argue) such an event would happen about once every trillion years. Clearly it is not a random occurrence. These surges must have real information value.

But what is the information they contain? Superficially, as we have seen, high PCR’s are read as an expression of extreme pessimism, much more intense than last September. The classic interpretation would suggest a huge market rally in the next 90 days. But the pattern is unprecedented and may not be easy to interpret. It is too extreme not to have some important meaning. But for the moment it is uncertain.

I suppose we’ll have to wait and see. Quite apart from these indicators, my instinct is that a major rally is due. But this strange pulsing signal in the PCR is mysterious. It does not appear to correlate with “news,” or external shocks, or patterns elsewhere in the financial system. The stock market has not been particularly volatile. The VIX (volatility index for equities) declined during November and is back below its long-term average. Bond market volatility also declined throughout the month. November did not bring any major political or economic shocks, except for the U.S. midterm elections – which were only shocking for not being shocking. Following the election (which boosted the S&P 500 by about 5% over several days – a typical reduction-of-uncertainty exhale), the index was dead flat for the rest of the month.

This all may remind us that the market mutates. Yesterday’s patterns can suddenly shift. Yesterday’s models don’t work anymore. Yet, investors and (especially) academics tend to assume that the market is an invariant system, operating according to fixed laws. This Newtonian assumption is periodically contradicted, and perpetually resurrected.

Perhaps it signifies a looming shift in the market regime. Perhaps regime change is in the air, in many quarters. Should we contemplate a Russian defeat in the Ukraine? A change of administration in China? Or even – most farfetched of all – a policy turn at the Federal Reserve? Who knows? But something must be up.

For more on the PCR metric, see my previous column on the September PCR surge: The Put/Call Ratio Says ‘Get In The Market Now!’