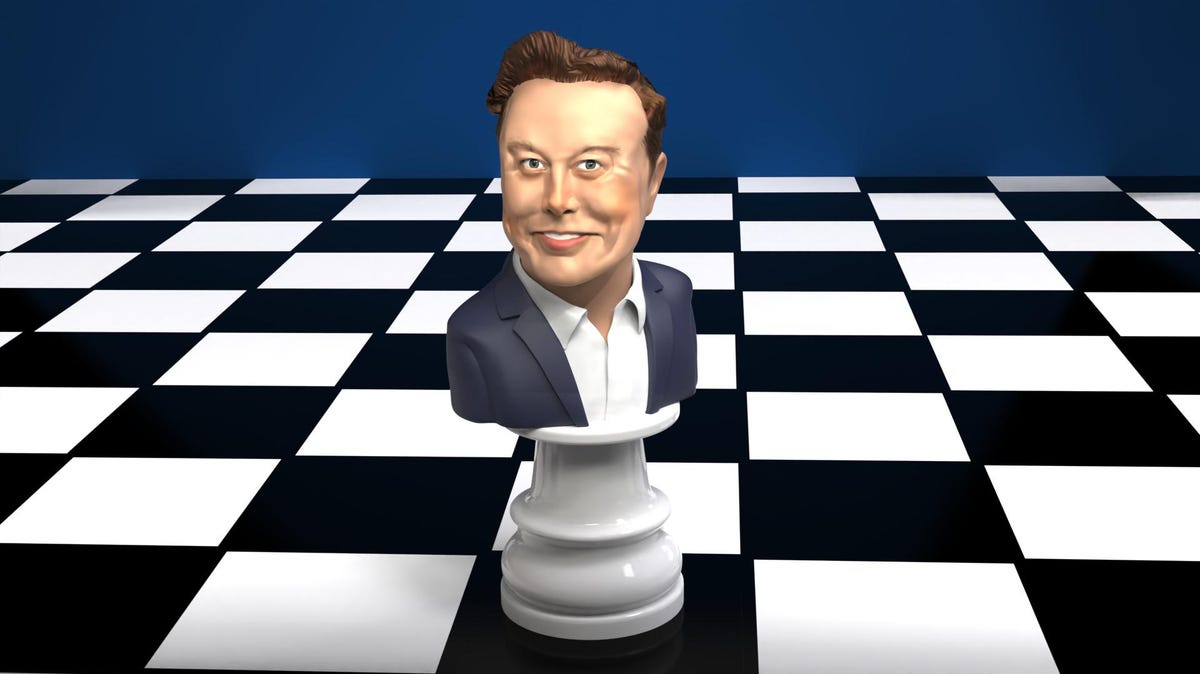 On the tenth anniversary of his Forbes 400 debut, Elon Musk brought a decisive end to Jeff Bezos’ four-year run as America’s richest person.

Elon Musk couldn’t help but gloat. Last September, the day Musk overtook Amazon’s Jeff Bezos to become the richest person in the world, Forbes reached out to the man behind Tesla and SpaceX for his thoughts.

“I’m sending a giant statue of the digit ‘2’ to Jeffrey B.,” Musk wrote in a short email, “along with a silver medal.”

The swap at the top came 24 days after last year’s Forbes 400 ranking of the wealthiest Americans was finalized on September 3, 2021 and now, one wild year later, Musk can finally claim his gold: He is No. 1 on The Forbes 400 for the first time this year, with an estimated net worth of $251 billion–$60.5 billion more than he had on last year’s ranking and $100 billion richer than Bezos.

The triumph brings to a screeching halt Bezos’ four-year reign as the wealthiest American, as Bezos was hurt by a decline in Amazon shares, which fell 27% and erased $50 billion of his fortune between the two lists (for the 2022 ranking, Forbes calculated net worths on September 2, 2022). Only Mark Zuckerberg of Facebook’s parent company Meta Platforms, who shed $76.8 billion, fared worse.

Musk can mostly thank Tesla for his ascent. He owns about 25% of the electric carmaker between stock and options, a stake that even after accounting for shares pledged as collateral was worth $176.3 billion as of September 2. The rest is mainly from rocket maker SpaceX, which quadrupled its valuation over the last three years to $127 billion, $53 billion of it in the past year thanks to a fresh round of funding in July that was propelled by high demand for trips on its rockets, which it says are already being booked for 2025.

And Musk has even more to taunt his space-race rival with: It took him half as long as Bezos to reach the top of The Forbes 400, despite having nearly twice as far to climb.

In 1998, the year after taking Amazon public, Bezos debuted at No. 102, with a $1.6 billion fortune. It took him another two decades to unseat Microsoft’s Bill Gates (No. 3 on this year’s list, worth $106 billion) for the top spot in 2018. Musk made his first Forbes 400 appearance in 2012 at No. 190, two years after Tesla’s IPO, with a net worth of $2.4 billion. Before that, the summit was firmly held by Gates, who ranked No. 1 for a quarter century, ceding the spot only once during that stretch (to Warren Buffett in 1993). Gates became the richest person in America in 1992, when he overtook John Kluge (d. 2010), who readers may or may not remember as the man who built and sold his Metromedia TV empire to WorldCom.

None can match Musk’s ability to create headlines, rising to the top after a year of professional and personal chaos.

In the past year he has topped $300 billion twice, the first as Tesla shares peaked at $409.97 on November 4, 2021 when car rental giant Hertz announced it was buying 100,000 of its vehicles for a reported $4.2 billion. He became the first person to ever cross the $300 billion mark. Two days later, Musk, who’d previously sold the electric vehicle maker’s shares on only two occasions in 2010 and 2016, began unloading $16 billion worth over two months, after first seeking approval of the move in a Twitter poll. Then came a bombshell: On April 25, Musk signed a deal to buy Twitter for $54.20 per share (a reference to marijuana-themed holiday 4/20) and unloaded $8.5 billion of Tesla stock over the next three days. In early August, after equity markets began falling and Musk attempted to squash the deal, he dumped another $6.9 billion of Tesla shares over four days. The two sides are headed to court in October. Tesla shares closed at $270.21 on September 2, down 20% since he dropped the Twitter news.

It was no less tumultuous at home. In November, Musk, then a father of 8 with two different women, added two more to the brood when he secretly fathered twins with an executive of his brain implant startup, Neuralink, igniting a flurry of attention to his well-documented fear of population collapse. In January Google cofounder Sergey Brin filed to divorce his second wife as rumors of a brief affair with Musk at Miami’s Art Basel festival circulated. Brin remained silent about the split, but his estranged wife denied the allegations, as did Musk, who shared selfies of him and the tech billionaire. In May, Business Insider accused Musk of sexually harassing a SpaceX flight attendant, a story he also denied and dismissed as a “politically motivated hit piece.” Then his 18-year-old child, from the first of his two marriages that ended in divorce, was granted a name and gender change and said she no longer wanted to associate with her father.

Somehow, the end result of all that: When Forbes measured net worths for the 2022 Forbes 400, Tesla shares were 11% higher than they were for the 2021 list, due in large part to the record revenue and profit the company reported for the first quarter of 2022. In a note at the time, Wedbush analysts applauded the company’s “‘Cinderella-like’ delivery numbers in a brutal supply chain backdrop”, while cautioning that concerns about supply chain and production issues lingered, particularly in China, which they described as “the elephant in the room.” That elephant has continued to rear its head, with Tesla deliveries falling for the first time in two years during the second quarter, delaying Musk’s receipt of the last tranche of his lucrative 2018 performance-based stock option award. But Musk can afford to wait. After all, he just unlocked three of those tranches on April 20, his favorite day of the year, giving him shares worth $18.7 billion as of September 2. Musk, it seems, isn’t letting go of the gold medal anytime soon.