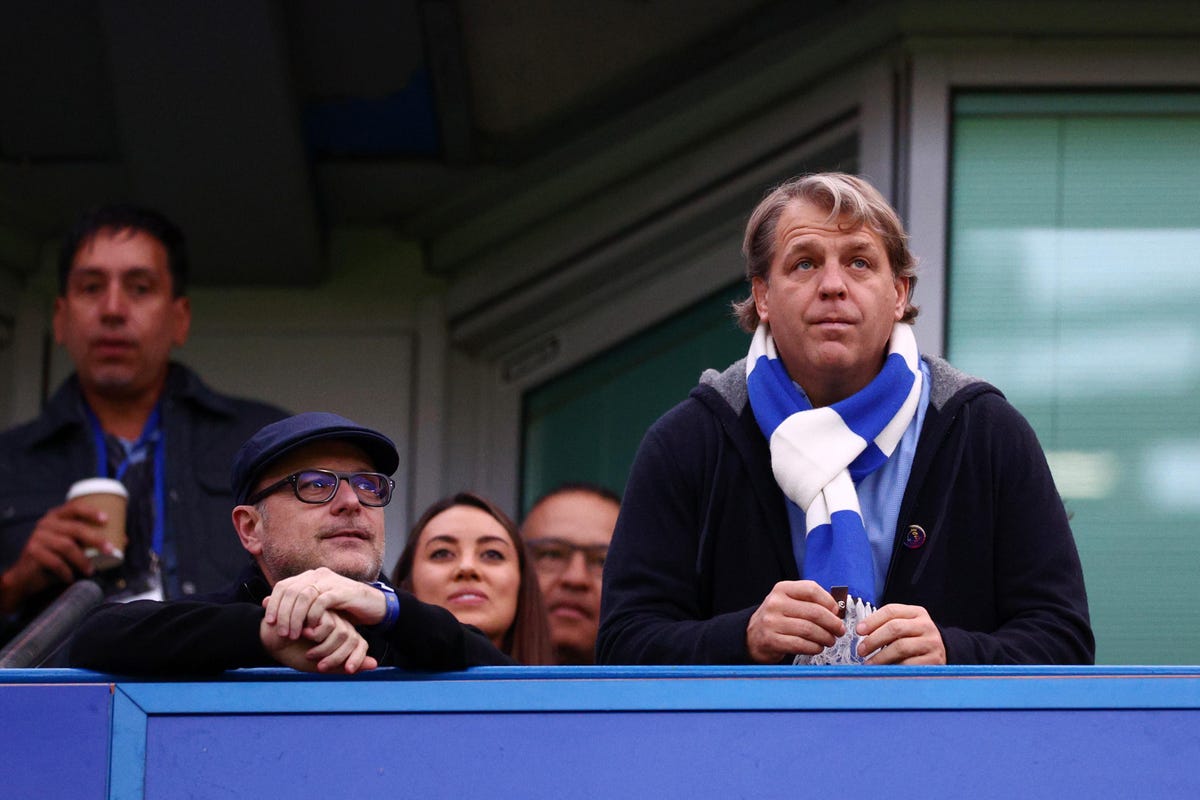 Among the billions of people around the globe intently watching the World Cup: the 40 billionaires who own professional soccer teams that are represented with their players among the round of 16.

After nearly two weeks of games, the 2022 FIFA World Cup in Qatar is moving into the knockout stages. Only 16 of the original 32 national teams who entered the competition are left. But after the World Cup ends, the tournament’s star players—from Brazil’s Thiago Silva to South Korea’s Son Heung-Min—will return to their day jobs and play for club teams around the world. Many of those teams are owned by billionaires, some of whom are eagerly following the progress of their players in Qatar.

“With the world’s eyes on Qatar, I’ve been incredibly proud to see so many Chelsea players representing their home nations in the World Cup,” the club’s billionaire co-owner Mark Walter told Forbes. “I’m also thrilled that many of them have made it through to the knockout stage.”

Walter, the Chicago-based cofounder of investment firm Guggenheim partners, was part of a group, led by his Los Angeles Dodgers co-owner Todd Boehly and Clearlake Capital, that acquired Chelsea from sanctioned Russian oligarch Roman Abramovich in May. He isn’t the only member of the three-comma-club watching the World Cup intently. Of the 20 professional soccer clubs with at least five players each remaining in the tournament’s round of 16, nine are majority owned by billionaires–including Chelsea, with 10 players. A tenth, Spain’s Atletico Madrid—which has 9 players who advanced to the second round—has at least one minority owner on Forbes’ list of the world’s richest people: Israeli shipping magnate Idan Ofer.

Overall, Forbes found that roughly one in four players on teams who made it to the knockout round of the World Cup play for billionaire-owned clubs.

The Florida-based Glazer family–worth an estimated $5.8 billion as of Forbes’ 2020 update of America’s richest families, also due to its ownership of the NFL’s Tampa Bay Buccaneers—leads the way with 11 players from Manchester United in the knockout round. That doesn’t include Portuguese superstar Cristiano Ronaldo, who left Man U over a contract dispute just as the World Cup tournament was beginning (the Glazers may also part with the club soon, recently announcing a “process to explore strategic alternatives” including new investment or an outright sale.)

Late Red Bull cofounder Dietrich Mateschitz (d. October 2022) would have also made the cut if eight players from RB Leipzig, RB Salzburg and New York Red Bulls were counted together. That would have ranked him right above Spanish ceramics billionaire Fernando Roig, whose hometown team Villareal has five players left in the tournament. Real Madrid, which boasts nine players in the Round of 16, is led by construction billionaire Florentino Perez, but the club is owned by its fans and Perez can’t personally invest in the team.

The only clubs with more players left in the World Cup than Manchester United are Barcelona (14 players), which is owned by its more than 100,000 “club members,” and Manchester City, which is owned by Sheikh Mansour Bin Zayed Al Nahyan (15), one of the many children of Khalifa bin Zayed Al-Nahyan (d. May 2022), the second president of the United Arab Emirates and a former billionaire. (Al-Nahyan’s City Football Group also owns NYCFC in New York and Melbourne City in Australia, which have a total of four players in the Round of 16.)

Many other billionaires own clubs with at least one player still vying for soccer’s top prize, including Dan Friedkin (AS Roma – 3 players), the Houston-based owner of Gulf States Toyota; French luxury goods magnate François Pinault (Rennes – 3); and Farhad Moshiri, an Iranian-born Brit based in Monaco who sold his stake in Arsenal (9) to his longtime business partner Alisher Usmanov in 2016 to fund his investment in Everton (3). The Russian oligarch later sold Arsenal to American billionaire Stan Kroenke.

“It’s a great source of pride and gratitude for the players, supporters & myself,” British club Fulham’s American owner Shahid Khan told Forbes. “The players have worked tirelessly hard to put [Fulham] where it is on the table and in the [Fulham] community, while simultaneously working to serve their countries.” Fulham has three players in the Round of 16.

“All footballers dream of playing at the World Cup. It’s a reward for all the hard work and sacrifices made since they first started kicking a ball – a dream come true and for many the highlight of their entire career,” said Fiorentina owner Rocco Commisso, who played soccer at Columbia University after his family immigrated from Italy in the 1960s.

“Sadly Italy aren’t involved this year but as a club we are delighted that four of our players are representing their countries at the tournament, two of whom have reached the last 16,” the Italian-American telecom billionaire added. “We and Fiorentina fans can feel very proud and personally I am honored that these players are part of the great Viola family.”

Just having one player advance to the World Cup’s knockout round is a source of pride for many billionaires.

“We are so proud of DeAndre [Yedlin],” said Jorge Mas, the Cuban-American construction billionaire who owns Inter Miami with his brother and David Beckham. “What he and the United States have already accomplished is exciting, inspirational, and emblematic of the progress fútbol has made in this country.”

“We will all be watching and cheering on DeAndre throughout the remainder of the tournament, and we aspire to have even more players from our Club playing in the World Cup when it comes to our country and our city in 2026,” Mas went on to say.

Arthur Blank, who owns Atlanta United plus the NFL’s Atlanta Falcons, also expressed his gratitude. “I’m extremely grateful for Atlanta United to be represented at this year’s World Cup in Qatar,” said Blank. “This has truly been an entertaining FIFA World Cup that has captivated all fans of the beautiful game, including myself, throughout the entire world.”

He added that his Atlanta United team also aided in the development of other players who were in contention for the World Cup: “In addition to Thiago Almada playing for Argentina, both Miles Robinson and Brad Guzan very well could’ve been called to the U.S. men’s national team if they did not suffer season-ending injuries.”

Here are the billionaire-owned clubs with players in the World Cup’s round of 16, listed in order of the number of players on teams that made the knockout round:

*John Elkann is the largest individual shareholder of the Agnelli family’s holding company Exor, the majority owner of Juventus, through his stakes in Dicembre SS and Giovanni Agnelli BV.