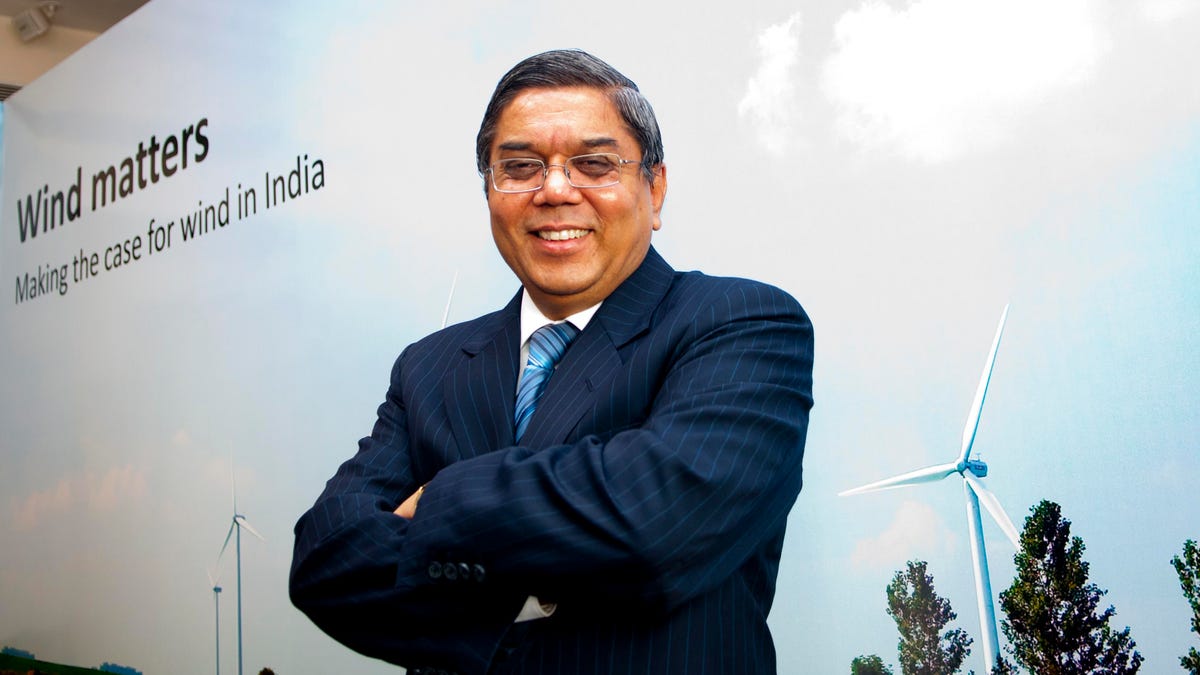 India’s wind energy pioneer, Tulsi Tanti, chairman and managing director of Suzlon Energy, died on Saturday at age 64. The one-time billionaire suffered a cardiac arrest and died the same day, as per a stock exchange filing by the company.

Tanti, who studied commerce and engineering, had entrepreneurship in his genes. Spurning his father’s construction business, he, along with his three brothers, started a textile business. When faced with soaring costs of electricity, Tanti commissioned two windmills for their textile factory. That gave him the idea to jump into wind energy. He founded Suzlon in 1995 with his brothers by selling some family property to raise $600,000 as seed capital.

“Our country needs power for its economic growth, and clean, green power is the best option,” Tanti told Forbes in 2006. That same year, Tanti broke into the billionaire ranks with a net worth of $1.4 billion, after listing Suzlon in 2005. By 2007, Tanti and his brothers were collectively worth $10 billion and Suzlon was the world’s most valuable maker of wind turbines. Tanti was riding high, having just won a hotly contested bid to acquire German rival Repower for $2 billion.

Not long thereafter Tanti had to contend with headwinds as reports about the poor quality of Suzlon’s blades sent its stock tumbling. The Tantis dropped out from the ranks of India’s richest in 2012. Weighed down by debt, Suzlon was forced to sell off some assets to pay back loans. Tanti found a white knight in pharma billionaire Dilip Shanghvi, who acquired a 20% stake in the company for the equivalent of $290 million. Today, the Tantis own roughly 15%.

Being a first mover in wind, Suzlon was able to steady itself as the country set ambitious renewable energy targets. Today it has about a third of the country’s installed base with 13.5 gigawatts operational and a footprint overseas covering 17 countries. Tanti is survived by his wife and two children, Nidhi and Pranav.

“The right questions”: More refugees! Is Germany reaching its limits?