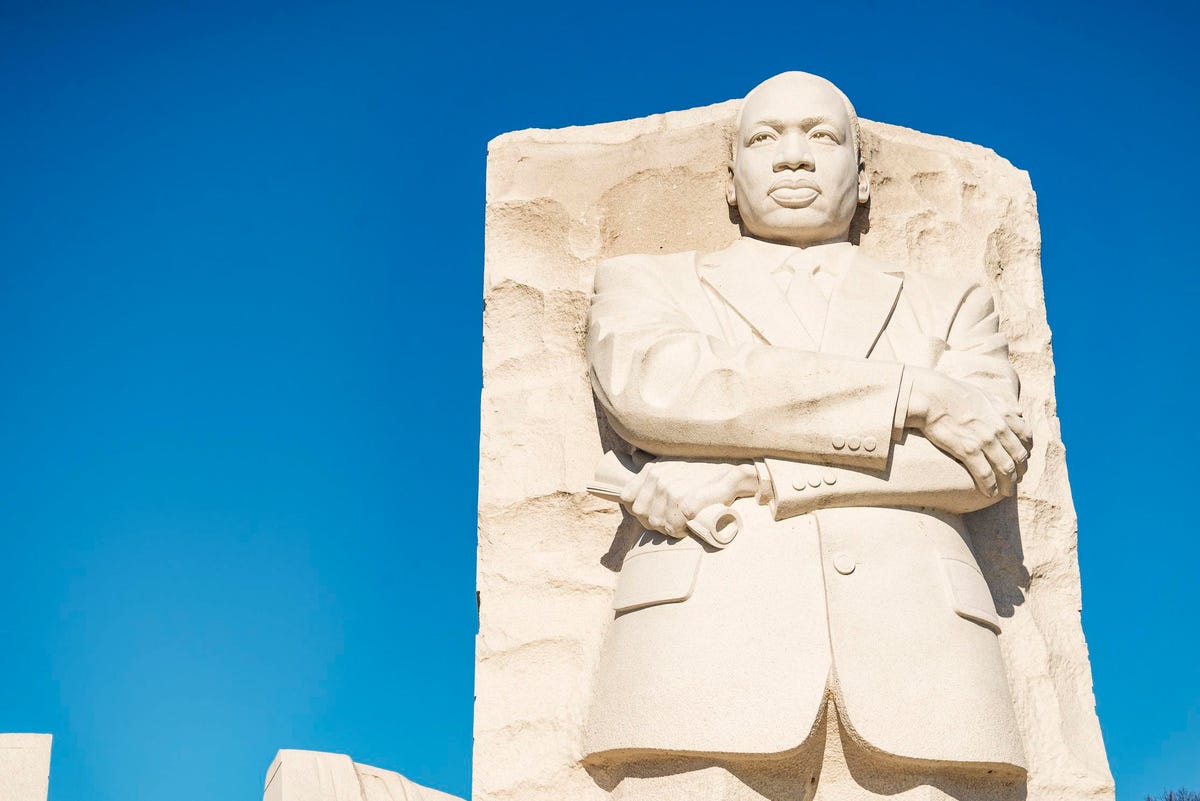 Conventional wisdom is that for asset owners that try to minimize manager churn, earnest commitment to increasing allocations to diverse-owned and diverse-led managers takes time to implement, and for asset owners that favor concentration, it can be challenging to add new managers to a portfolio, which slows the rate of progress.

The conventional wisdom is not enough: asset owners can accelerate equity and inclusion in their existing investment portfolios through monitoring of and engagement with existing managers.

This article—the sixth and final article in a series on building diverse and inclusive institutional investment portfolios—draws from a guide for asset owners that Blair Smith and Troy Duffie of Milken Institute and I co-authored with significant input from the Milken Institute’s DEI in Asset Management Executive Council, Institutional Allocators for Diversity Equity and Inclusion and its cousin organizations, including Intentional Endowments Network, Diverse Asset Managers’ Initiative, National Association of Investment Companies (NAIC), AAAIM, Milken Institute, and IDiF. More specifically, it focuses on the fourth and final pillar on the path to inclusive capitalism: equitable monitoring and engagement.

This final pillar echoes two of the four steps toward racial justice that Dr. Martin Luther King Junior outlines in the Letter from Birmingham jail sixty years ago. The examination of diversity data and multi-stakeholder discussion that Dr. King calls for also apply to discussions with existing managers.

Sometimes majority-owned asset managers are thoughtful about current and emerging diverse leadership. Commonfund and other institutional allocators consider ownership, executive team status, and carry allocation when gauging leadership diversity, as the Commonfund Managing Director, Caroline Greer, explained at a meeting of investment professionals. “The broader goal,” she said, “is to gauge the development of diverse portfolio managers, rather than simply focusing on the executive level.”

IADEI maintains a database of organizations that aim to increase diversity in the investment management industry at the junior, middle, and senior levels. Similarly, the W.K. Kellogg Foundation focuses on diverse-led strategies for managers that are not diverse-owned: Its belief is that the long-term growth of diverse managers starts with the promotion of more diverse people into senior decision-making roles across all firms. More specifically, since 2009, the Kellogg Foundation has invested more of its $4.2 billion diversified portfolio (excluding the portion of the portfolio that is Kellogg stock) in firms where people of color and women have significant decision-making authority.

Asset owners can encourage asset managers to increase their focus on DEI through strategic engagement, as well as offer resources that will help them build more diverse, equitable, and inclusive teams and investment portfolios. CFA Institute Global Senior Head of DEI, Sarah Maynard, has noted the influence asset owners can have on DEI by asking asset managers about their human capital management and investment portfolios.

Supporting that observation, Anne-Marie Laberge, senior director of external portfolio management for the Caisse de Dépôt et Placement du Québec (CDPQ) has observed that CDPQ engages in dialogue with managers whose diversity statistics lag those of their peers.

Strategic engagement is the most reliable type of sustainable investing for investors seeking impact, in the sense that it has been clearly demonstrated empirically. Academic research finds that success in strategic engagement has a number of drivers.

First, the chances of success decrease as the costs of the requested reform rise. Corporate governance requests, including DEI requests, have the highest rate of success in part because reforms in the environmental domain are likely to be costlier than those in the governance domain.

Second, the greater the investor influence, the more likely strategic engagement requests are to succeed, particularly when the shareholder engaging holds a larger share of the targeted company. Dimson, Karakaş, and Li found that a group of investors engaging has more influence when the engagement is spearheaded by an investor from the same country as the company being engaged. Linguistic and cultural elements may play a role as well. The chances of success rise when asset managers that are large and internationally renowned are part of the group of investors engaging. Silicon Valley Foundation Investment Committee Member Kate Mitchell summed it up for an IADEI investors’ discussion group: “AUM matters, and so does location and leadership.”

Third, the success rate of engagement is higher with organizations that have previously complied with engagement requests. It follows that collective engagement or even repeated and uncoordinated engagement with GPs is likely to yield success. BlackRock CEO Larry Fink’s annual letters to companies are widely publicized. In March 2020 a group of large asset owners sent a letter of their own, titled “Our Partnership for Sustainable Capital Markets,” addressed to BlackRock and all other asset managers.

It was signed by Christopher Ailman (chief investment officer of the California State Teachers’ Retirement System), Hiromichi Mizuno (executive managing director and chief investment officer of the Japanese Government Pension Investment Fund [GPIF]), and Simon Pilcher (CEO of UK USS Investment Management Ltd). Since the Our Partnership letter was published, 10 more asset owners have signed on, including the Netherlands government and education pension fund manager ABP, which has $650 billion of AUM.

According to Robert Eccles, a tenured Harvard Business School professor now at Oxford, “There is an important structural difference between Our Partnership and Fink’s letters. As the largest asset manager in the world with around $9.6 trillion in assets under management as of March 2022, BlackRock owned stocks in over 15,000 companies all over the world. When BlackRock says it wants reporting according to SASB and TCFD, it is in a good position to get it. In contrast, although GPIF is the largest pension fund in the world with some $1.6 trillion in AUM, it only uses around 45 asset managers. BlackRock is one of them, as are Legal & General Investment Management and State Street Global Advisors, so the changes that these large investors make in their strategic engagement in response to asset owner pressure should travel down the investment value chain to companies.”

State Street is a case in point. Following the release of the asset-owner letter, and building on State Street’s longstanding focus on gender diversity and its 2017 Fearless Girl campaign, State Street Chief Investment Officer, Rick Lacaille, sent a letter in 2020 to the board chairs of the 10,000 public companies in its portfolio, asking them to disclose the following details about the diversity of their boards and workforces in 2021:

· Goals: Describe any diversity goals, how they contribute to the firm’s overall strategy, and how these goals are managed and progressing.

· Metrics: Provide measures of the diversity of the firm’s workforce and board. With respect to workforce, US companies can use the disclosure framework set forth by the United States Equal Employment Opportunity Commission’s EEO-1 Survey, and non- US companies are encouraged to disclose diversity information according to SASB and nationally appropriate frameworks. The EEO-1 survey focuses on employee diversity by race, ethnicity, and gender, broken down by industry-relevant employment categories or levels of seniority, for all full-time employees. At the board level, portfolio companies should disclose diversity characteristics, including racial and ethnic makeup, of the board directors.

· Board: Explain goals and strategy related to board racial and ethnic representation, including how the board reflects the diversity of the company’s workforce, community, customers, and other key stakeholders.

· Board oversight: Detail how the board executes its oversight role in diversity and inclusion.

In an interview, State Street Global Advisors Global Head of Asset Stewardship Ben Colton explained, “Consistent with our stewardship approach to other long-term issues, we will be engaging with companies and assessing the data as it becomes more readily available. These are complex, long-term issues, and we appreciate that companies may need time to reach their ultimate goals from a diversity perspective. While we will provide some degree of flexibility, we are prepared to hold companies accountable.”

Few would argue with Tom Gosling, formerly a senior partner at PwC, now an executive fellow at London Business School with expertise in corporate governance and responsible business, who has stated that inclusion in the broadest sense demands “profound changes to working practices, culture, and the design of jobs that is required to make diverse teams effective.”

Asset owners have the power to accelerate equity and inclusion in their investment portfolios. For example, investment consultants have traditionally conducted initial screenings of and drafted initial investment memos about new asset managers. Asset owners may consider inverting the traditional process by conducting initial meetings and providing first drafts of the meeting with diverse asset managers for the initial screening and providing the first draft of their investment memos for diverse managers to the investment consultant.

By inverting the process, investment advisors who are not informed about or interested in responsible investing strategies can seek guidance about diverse managers from asset owners who have already done the diligence. The power to enforce this and the other pillars that constitute the path to inclusive capitalism rests in the purview and power of asset owners.

Concepts from the Letter from Birmingham Jail are still relevant sixty years later: examination of diversity data and multi-stakeholder discussion are critical steps toward racial justice, and the destiny of diversity, equity, and inclusion remains tied up with the destiny of America.