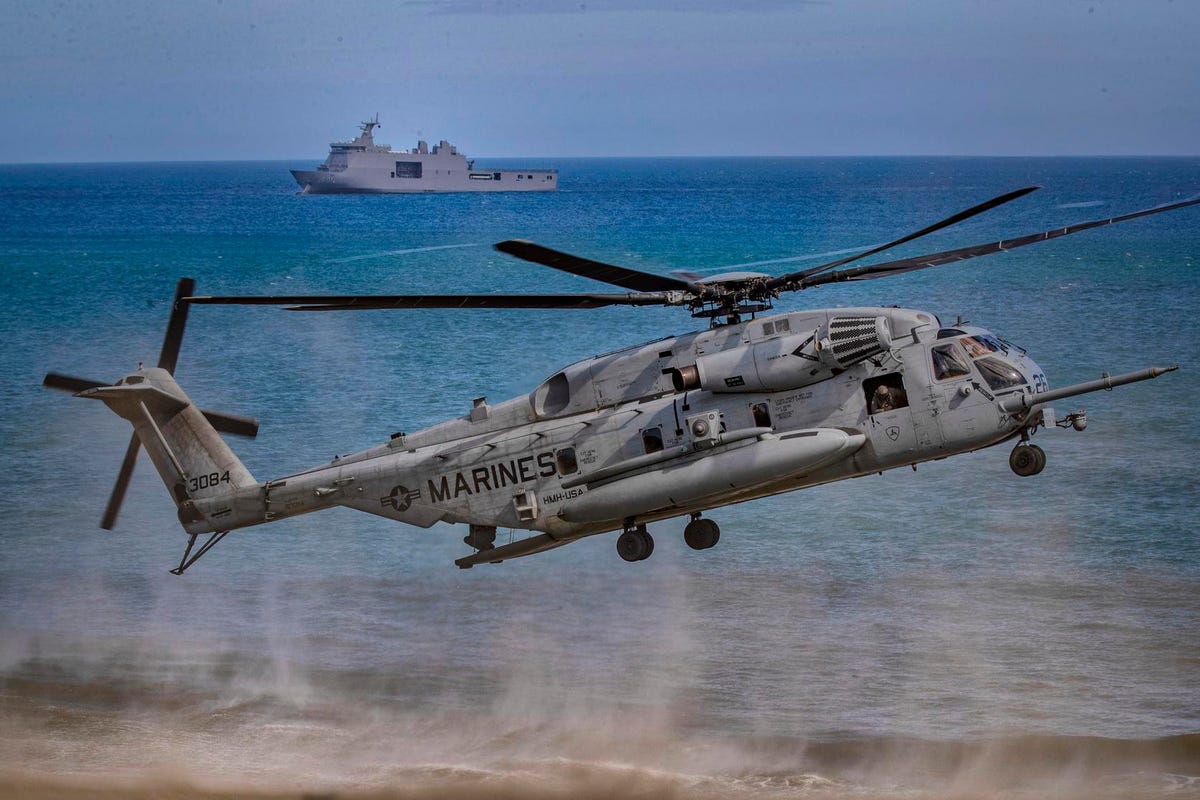 ‘War is a mere continuation of policy by other means’, General Carl von Clausewitz

As we end a turbulent 2022, I have been thinking about what firms, investors, and governments should be positioning for in 2023 (and beyond). This year, together with David Skilling (long-time collaborator and LandFall Strategy Group CEO), we have prepared a paper on key dynamics that will shape the year ahead.

This shorter note sketches out our view on these dynamics. Please get in touch (through LinkedIn or by email) if you would like to access the full report. 2023 is likely to be another volatile year. This ongoing turbulence reflects not just idiosyncratic shocks, but also a regime change in the global economic and political system.

After the end of the beginning

Our core thesis is that the global economy is moving onto a ‘war time’ footing, with increasing, broad-spectrum strategic rivalry between the big powers reshaping the global economic and political system. The key domains for this strategic competition relate to economics, finance, and technology – extending well beyond military competition.

Increasingly, government policy across multiple areas will be deeply shaped by this strategic competition, from macro policy to industrial policy and the net zero transition. In turn, economic outcomes, the business environment, and markets, will also be affected. 2022 was the ‘end of the beginning’ for the new regime, and these realities will powerfully shape 2023. The global economy has been relatively depoliticised – but politics is firmly back.

Note that we are not forecasting a ‘war’, but Clausewitz’ terminology is useful to describe an increasingly contested world.

Previous episodes of regime change have had big impacts on investment returns, profitability, and national outcomes. New approaches are needed to prosper in this new context.

We identify five major themes associated with this regime change and their implications for firms, investors, and policymakers: from a changing globalisation model to the return of the state and changed macro policy settings.

Globalisation is changing in structural ways. Economic factors are partly responsible, supporting reshoring and nearshoring. But domestic politics and geopolitics are much more disruptive factors in reshaping global flows.

In domestic politics, there is a growing push for strategic autonomy and independence in key sectors. Industrial policy has crossed into protectionism. The Inflation Reduction Act and the CHIPS and Science Act in the US are two examples, with sweeping local content provisions. The EU and numerous national governments are likely to respond with industrial support packages of their own through 2023. And China will continue to strengthen its development of national champions.

Relatedly, growing geopolitical rivalry between the US/West and China will powerfully shape global flows. The US has imposed restrictions and sanctions on China, notably on semiconductors, and is looking to decouple parts of its economy. Similarly, Europe and others will continue to reduce economic exposures to China, albeit in a more gradual manner. China’s policies also push in the same direction – reinforced by observation of Western-led economic sanctions on Russia.

2023 will be a year in which we move into much more explicit political competition and tension in globalisation, with a more fragmented global economy emerging rapidly. The recent G20 meetings put some guardrails around the US/China relationship, removing some of the tail risks, but the logic of strategic competition remains intact. Firms and countries will need to make deliberate choices.

The return of the state

After a few decades of declining government spending, interrupted by the global financial crisis, the size and role of the state is expanding. The pandemic and energy crisis support packages reflect changing expectations on the role of government and will be difficult to reverse, particularly into a slowing economy.

And beyond the pressures for transfer payments and the costs of an aging population, strategic competition will lead to increased government spending. Many governments have committed to raise military spending to 2% of GDP (or more); significant investments are being made in the net zero transition; and there is increased spending on industrial policy initiatives.

Beyond financial support, governments will also take a more expansive role in trade and regulatory policy to support key strategic sectors and building national champions. There will be pressure to increase tax revenues to fund this spending. Wealth and asset taxes will become more prominent, together with windfall taxes and higher corporate taxes. An increasingly progressive tax system is likely. Efforts to reduce international tax competition, such as the OECD’s minimum corporate tax rate agreement, are consistent with this.

Given the magnitude of the likely increases in government spending and investment, the quality of those decisions will make a substantial difference. State capability will become a core driver of national competitive advantage.

Democracy fights back – and the autocratic recession.

The strategic competition between big powers has sometimes been framed as democracy versus autocracy. This is not an entirely accurate framing, but it does capture something. As some Western political systems have stumbled over the past several years, they have often been compared to apparently high-performing autocracies like China.

Yet as we look into 2023, democracies are on the comeback after a period of ‘democratic recession’. The centre is holding and populism is broadly on the retreat. Across Europe, reasonably centrist parties are in dominant positions. The US remains deeply divided, but the centre is also stronger. This dynamic is partly because democracies have been responsive to popular preferences through challenging times (Covid, energy crisis); and it may be that the increasingly evident strategic competition has led to greater seriousness.

There are of course challenges to democracies. One of the biggest challenges in 2023 will be managing the redistributive implications of high inflation: real wage growth is negative, household budgets are squeezed and borrowing costs are increasing. High inflation is weighing on public support for governments.

In contrast, an ‘autocratic recession’ is more likely. China will face major political issues through 2023, most notably getting out of the Covid corner it has painted itself into. And the Chinese economy is slowing structurally, with increasing youth unemployment. Iran is struggling with poor economic and social outcomes and political discontent. And the Russian economy is likely to struggle to a much greater extent in 2023.

China, Russia, and other autocracies were on the offensive over the past decade, sensing democratic weakness. But democracies now have more reason for confidence in their model.

Strategic competition will also contribute to an unravelling of the macro policy order.

We expect inflation to drop in 2023 but to remain stubbornly above target – including for structural reasons, such as frictions on globalisation and higher government spending. As a result, interest rates will also remain at a high plateau. This will create a range of macro risks, as pressure is placed on leveraged parts of the global economy.

At the same time, the shift to a war-time economy will challenge the current macro policy regime: fiscal rules with a focus on fiscal sustainability, and independent central banks with a price stability target. Higher government spending and investment will run into the constraints of fiscal rules and central bank inflation targets.

If the choice is between strategic priorities and existing macro policy institutions, it is likely the institutions that will give. There will be a shift from policy rules to policy discretion: a relaxation of fiscal rules and softer inflation targets, perhaps with diminished central bank independence. QE will be difficult to end. Higher trend inflation is likely as macro policy remains accommodating.

By way of analogy, the US decision to unilaterally exit the gold peg in 1971 was due to the tension between its strategic policy objectives (domestic spending, the Vietnam and Cold Wars) and macro policy rules. Similar pressures will become more evident in 2023.

The USD will remain dominant, but there may be some changes in the global financial system. As one example, it seems unlikely to us that the HKD peg can be sustained given the rivalry between the US and China.

Technology is commonly thought to dominate the commanding heights of the global economy, and national economic policy is often focused on developing an edge in technology. China, the EU, the US, and others, are increasingly investing in strengthening strategic autonomy in leading technology sectors. Through 2023, we will see increased government capital flow into strategic areas of technology.

Economic sanctions and restrictions are being placed on technology flows and investments between the competing blocs – and this will strengthen through 2023, drawing in a broader range of countries. Choices will need to be made. There are costs to global economic fragmentation due to the push for strategic autonomy. But as in other domains, competition between countries can be a good thing – creating sharper incentives for investment and innovation (as during the Cold War).

In addition, energy remains a core element of competitive advantage. The US is advantaged with its high measure of energy independence relative to Europe – which is currently facing competitive pressures, particularly in energy intensive sectors.

Energy investments, particularly renewables, will be accelerated in 2023 for several reasons: in response to the current high prices and supply concerns; as a matter of industrial policy; to comply with net zero targets; and as a matter of strategic autonomy. Economies that can rapidly move to renewables (electricity, green hydrogen) will be advantaged.

Those countries and firms that can combine technology leadership as well as security of supply of critical flows of commodities and energy will out-perform. As technology and energy are increasingly framed in strategic terms, the pace of change will increase markedly, generating significant investment opportunities.

For a full copy of the paper – including implications, our views on wild cards for 2023, as well as things not to worry about – please get in touch by reply email or at [email protected] for the full report.