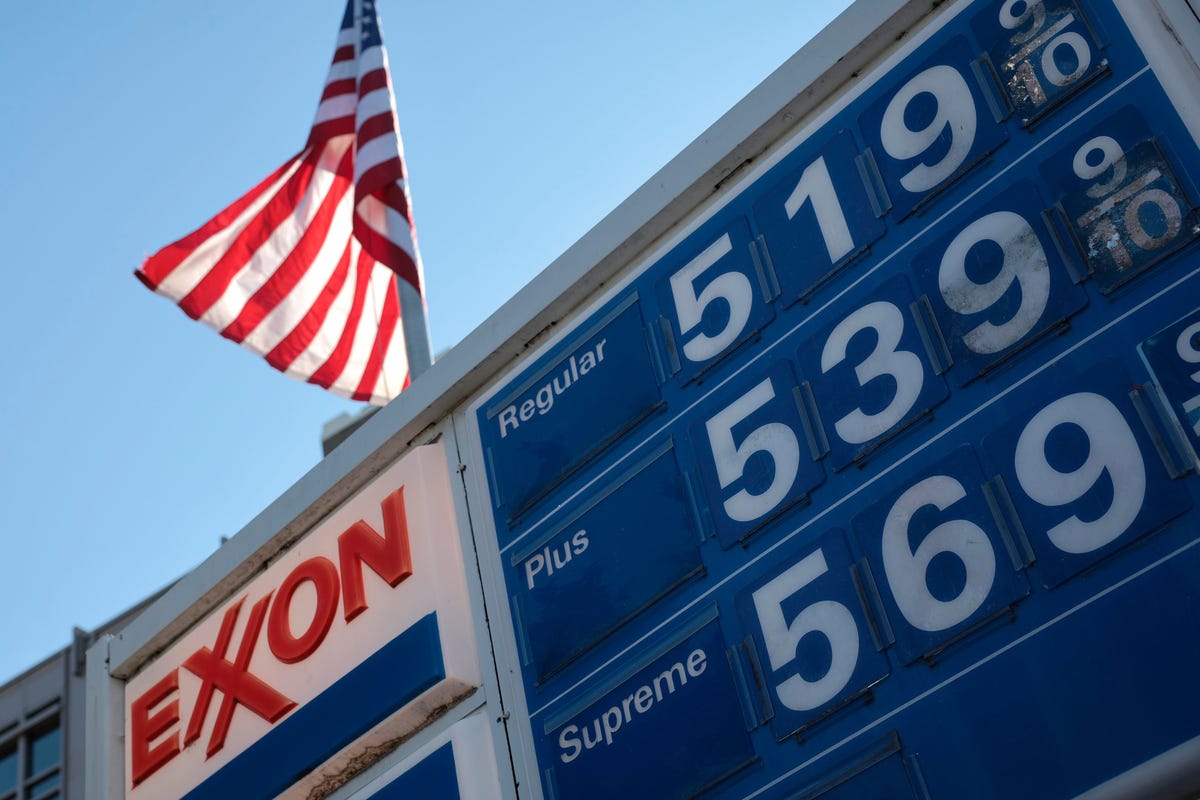 It’s no secret that consumers and investors feel the burn of rising prices. At the pump, the grocery store, the Amazon cart – there’s nowhere higher prices haven’t hit yet.

All this talk of inflation (especially as it refuses to fall amid spiking interest rates) has people asking two important questions:

Hyperinflation is a sudden, excessively high spike in inflation of at least 50% per month, or 14,000% per year. When hyperinflation hits, you might spend $5 for coffee on Monday and $10 for the same cup on Friday. In extreme cases, daily hyperinflation may exceed 200%.

Hyperinflation typically occurs when several forces combine into a worst-case scenario. Ingredients often include corrupt governments, unstable economies and poor monetary policies. Natural events can also play a role, like long-term droughts that reduce a country’s ability to produce goods or feed itself.

One of the most common direct causes of hyperinflation is when a central bank prints too much money. Historically, this occurs when struggling governments need to pay off large debts or fund wars.

As more funds become available, the value of each unit declines and prices rise. Consumers are forced to spend more on the same goods and services as company profits decline. To keep abreast of rising prices, the central bank may kick up production further, feeding into the cycle.

Rapidly-devaluing currencies lead to multiple devastating consequences that ripple through the economy.

Consumers also tend to avoid banks as currency values decline, either refusing to deposit their currency or pulling it out entirely. Bank runs can force financial institutions, including lenders, into bankruptcy. Investors may trade their currency to preserve wealth, undercutting the currency’s value in foreign exchange markets.

Meanwhile, tax revenues may fall as people and businesses fall behind on their obligations. This can shut down the government’s ability to provide services and maintain order.

Due to these compounding effects, it’s common for economies caught in the throes of hyperinflation to fall into recession or depression. In extreme cases, the country’s financial system and currency may collapse entirely.

Hyperinflation is incredibly rare in developed countries, occurring less than 50 times globally since 1796. However, some of the largest or most-well known economies have been victims, including Greece, China and Russia.

Perhaps the most famous example is the Weimar Republic in post-World War I Germany. The country’s monthly inflation peaked at 29,500% after it was saddled with extreme debt and reparations following the war.

The country’s financial collapse occurred after leader Slobodan Milosevic issued $1.4 billion in illicit loans from the central bank. Already on the verge of dissolution, the government pumped out currency and commandeered production and wages. Ultimately, this led to food shortages, declining incomes – and eventually, the adoption of the German mark to stabilize the economy.

How to fix hyperinflation

Once hyperinflation sets in, it’s extremely difficult to stop the self-perpetuating cycle in its tracks. While governments have tried several tactics, few are wholly effective.

One common tactic is for governments to impose price controls over wages and products. However, this method has been met with limited success, particularly in severe cases.

Some countries take drastic measures by replacing their currency entirely. In 1991, Argentina tied a new version of its currency to the U.S. dollar to stamp out hyperinflation. And in 2000, Ecuador replaced its tilting currency with the U.S. dollar to reintroduce economic stability.

The U.S. Bureau of Labor Statistics (BLS) measures inflation via the Consumer Price Index. The CPI tracks price changes for over 100,000 goods, services and rental units.

The most recent BLS data shows that inflation has risen 7.7% between October 2021 and October 2022. However, the rate of growth has slowed substantially since this past summer. Monthly inflation peaked at 1.3% in June, with September and October both posting increases of just 0.4%.

Some of the biggest contributors to elevated inflation in 2022 include rent, energy and food prices. For instance, the shelter index rose 6.9% in the last year, while food spiked 10.9%. Energy was the biggest culprit, however, soaring 17.6% in 12 months.

Is the U.S. headed for hyperinflation?

It’s important to remember that low, stable levels of inflation are healthy and arguably even necessary in a growing economy. In the U.S., the Federal Reserve sets its annual inflation targets around 2%.

And though the 7.7% inflation experienced in 2022 is high, experts don’t see the U.S. on a path to hyperinflation.

The first reason is because the U.S. is experiencing nowhere near the 50% per month inflationary threshold. In fact, the U.S.’ highest inflation benchmark sat around a comparatively low 30% – way back in 1778.

Secondly, inflation doesn’t occur without warning. When the government sees inflation on the rise, the Federal Reserve and central government step in with political or monetary tools to head it off. (Currently, investors are experiencing impacts from one of those tools as rising interest rates eat into their portfolios. And, from a consumer’s standpoint, their wallets).

Thirdly, because the U.S. Federal Reserve is separate from partisan political bodies, the Fed can operate independently of the federal government. That means the U.S. is not susceptible to the hyperinflation that often plagues repressive or dictatorial regimes.

How to handle high inflation – even when it’s not hyper

It’s unlikely that the U.S. is careening off the cliff to hyperinflation. Still, that doesn’t mean you shouldn’t plan for even moderate inflation’s impacts on your portfolio.

If you’re looking to head off rising prices, the best step is to make smart asset allocation and diversification decisions.

Many investors turn to assets that they believe will outperform during high inflation, such as material goods. Commodities and real estate make popular choices because, as an investor, their price growth can benefit you.

Treasury Inflation-Protected Securities (TIPS) make another beloved vehicle during rising inflation, since your principle is price-adjusted for inflation.

And of course, taking advantage of high-yield savings accounts means that any money you need relatively soon isn’t eroded as quickly.

Perhaps the most important tip is to stay invested, period, even if it means moving money around. The alternative is letting inflation snack on your depreciating dollars.

Ward off high inflation with Q.ai

If you’re not sure where to put your money, don’t worry – you’re far from alone.

Fortunately, our AI has a pretty good guess.

The Inflation Kit is designed to hedge against inflation risks while appreciating with continued inflationary pressure. As prices rise, our Kit follows – thereby protecting your investment when your budget gets tight.