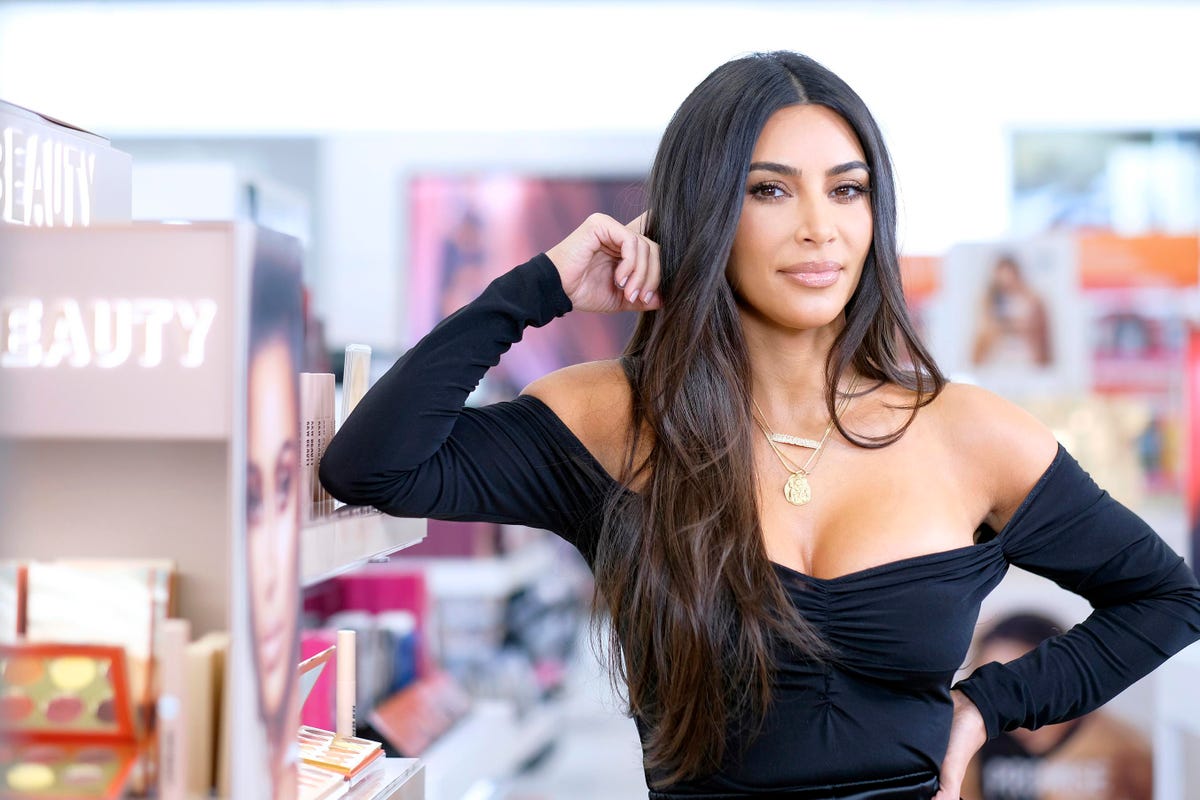 When you think of Kim Kardashian, cryptocurrency probably isn’t your first correlation. The celebrity influencer is far more famous for her namesake TV show, lavish lifestyle and celebrity branding.

Until Monday rolled around, that is.

The famous businesswoman came under fire by the SEC this week for posting an improperly-disclosed advertisement regarding a crypto asset, EthereumMax, last year. She agreed to pay over $1.26 million in penalties to settle the charges without admitting fault.

Kardashian is one of dozens of celebrities who hopped aboard the crypto bandwagon in 2021. The sector swelled as advertisements and initial coin offerings flew left and right, fueling the surge. Until, of course, the crypto market deflated, leaving thousands of investors high and dry – and several celebrities in hot water.

Last June, Ms. Kardashian posted an advertisement for EthereumMax, a crypto asset, for her approximately 250 million followers to see. The ad read:

“ARE YOU GUYS INTO CRYPTO???? THIS IS NOT FINANCIAL ADVICE BUT SHARING WHAT MY FRIENDS TOLD ME ABOUT THE ETHEREUM MAX TOKEN! A FEW MINUTES AGO ETHEREUM MAX BURNED 400 TRILLION TOKENS- LITERALLY 50% OF THEIR ADMIN WALLET GIVING BACK TO THE ENTIRE E-MAX COMMUNITY. #EMAX #DISRUPTHISTORY #ETHEREUMMAX #WTFEMAX #GIOPEMAX @ETHEREUMMAX #AD”

At the bottom of the ad, in large text, Ms. Kardashian encouraged investors to “SWIPE UP” to “join the E-MAX community.” She also included an introductory video stating she had a “big announcement” to share.

Though Kim Kardashian’s crypto post included “#ad” at the bottom, the SEC determined that an out-of-the-way acknowledgement did not satisfy regulations for promoting investments. According to an SEC press release, the agency found that she “violated the anti-touting provision of the federal securities laws” by “touting on social media a crypto asset security…without disclosing the payment she received for the promotion.”

To settle her charges, Kardashian paid $1.26 million in penalties, including relinquishing the $250,000 she received from EthereumMax (plus interest). Under the settlement, she also agreed to refrain from promoting investing in crypto assets for three years.

A statement from Kardashian’s attorneys noted that Kardashian is “pleased to have resolved this matter,” adding that she “fully cooperated with the SEC from the very beginning.” The statement concluded by saying the agreement allows her to “move forward with her many different business pursuits.”

Making an example out of infamy

According to industry experts, Kim Kardashian’s crypto fine may be about more than a single violation of securities laws. It’s also about making an example out of infamy.

Charles Whitehead, a professor at Cornell Law School, called the SEC’s charges “a shot across the bow” for celebrity endorsements. Said Whitehead, “It’s a way to signal to other influencers: if you’re thinking about dealing with crypto, think twice. The SEC is also using her as an influencer – but to boost compliance with securities laws. [It’s a] smart way to bring attention to the matter so others won’t do it.”

Gary Gensler, Chair of the SEC, all but said as much. “This case is a reminder that, when celebrities or influencers endorse investment opportunities, including crypto asset securities, it doesn’t mean that those investment products are right for all investors,” he noted. “Ms. Kardashian’s case also serves as a reminder to celebrities and others that the law requires them to disclose to the public when and how much they are paid to promote investing in securities.”

Gurbir Grewal, Director of the SEC’s Division of Enforcement, added that, “Federal securities laws are clear that [anyone] who promotes a crypto asset security must disclose the nature, source and amount of compensation they received in exchange for the promotion. Investors are entitled to know whether the publicity of a security is unbiased, and Ms. Kardashian failed to disclose this information.”

In January, Kardashian, alongside boxer Floyd Mayweather Jr., football player Antonio Brown, and basketball player Paul Pierce, was named as a defendant in a lawsuit filed by EthereumMax investors. The suit accuses the defendants of collaborating to “misleadingly promote and sell” E-MAX’s token in a “pump and dump scheme.”

EthereumMax has disputed the allegations. Since the token peaked in June 2021 – shortly after EthereumMax’s advertisements went out – the coin has plunged over 99% and failed to gain traction in crypto markets.

The suit is still ongoing.

Trouble on other horizons

Kardashian isn’t the first celebrity to pay an SEC fine for using their influence to push risky crypto assets.

In 2020, actor Steven Segal paid over $300,000 on similar charges. His representative at the time stated, “Mr. Segal was not involved in the creation” of the crypto in question. “To him, it was simply a case of someone paying a celebrity for use of his image to promote a product.” Segal was also banned from promoting investments for three years.

Some celebrity endorsements are safe – for now

Not every celebrity breaks the law regarding crypto disclosures. But in some cases, they may soon have to reveal more information about their deals.

For instance, actresses Reese Witherspoon and Gwyneth Paltrow have both joined or promoted crypto assets or projects with proper disclosures.

Meanwhile, Matt Damon, Tom Brady and Larry David have all promoted cryptocurrency exchanges, not assets, in recent years. Since crypto exchanges don’t register with the SEC as securities exchanges, these deals fall beyond the SEC’s purview – for now.

However, SEC Chair Gensler has often stated that crypto exchanges should have to register with the SEC as securities exchanges. It’s his belief that, “These crypto platforms play roles similar to those of traditional regulated exchanges. Thus, investors should be protected in the same way.” He also believes that crypto assets, including coins and some NFTs, fall under existing securities laws.

Crypto investors often get nervous when regulators mention applying legalities to the industry. After all, as anonymous, decentralized, internet-based assets, the purpose of cryptos is protecting privacy while keeping government hands away.

Historically, crypto exchanges have been uniquely opaque, generating profits for operators without oversight or accountability. Many exchanges have been accused of activities that are illegal, or would be illegal in other circumstances, like wash trading or inappropriately freezing customer accounts.

For these reasons, many regulators believe there’s an argument to be made for legislating protections. SEC registration would require audit-compliant technologies and implement strict rules to prevent market manipulation and protect vulnerable investors.

To avoid potential regulation, many exchanges have headquartered abroad or rejected U.S. customers. But excluding the lucrative U.S. market brings financial consequences. In an attempt to appease the SEC, some exchanges like Coinbase have acquired, rather than registered as, U.S.-registered broker-dealers.

Trust and responsibility in investing

In 2019, Kardashian stated in an interview that endorsements had become “a little bit more personal” for her. She added that she would weigh the financial benefits of a post, such as paying the legal fees that inmates couldn’t afford, “even if the post might be a little bit off-brand” for her.

Kardashian’s crypto blunder, as well as the stickiness of advertisement in general, brings to mind questions of trust and responsibility surrounding celebrity endorsements. Even when done legally and transparently, there are substantial consequences to making financial decisions based on an uninformed stranger’s recommendations.

Before considering a celebrity endorsement for any financial purpose, ask yourself two essential questions:

Aside from the legality and morality of such promotions, blanket promotions don’t consider individual situations, be they health- or financial-related. SEC Chair Gensler seems to consider celebrity financial endorsements in a similar light.

In a video posted to Twitter, Gensler noted that, “Sometimes celebrities endorse investment opportunities like crypto tokens or special purpose acquisition companies. Celebrity endorsements, though, don’t mean that an investment product is right for you or even, frankly, that it’s legitimate.”

In other words, before you consider a celebrity endorsement, ask yourself if what they’re promoting is appropriate for your situation. If, for example, you’re a risk-averse investor, then buying into crypto tokens may be inappropriate for your risk tolerance.

Assuming that the product passes your risk test, consider also whether the offer is legitimate. Don’t be afraid to do your own research into an asset, from the seller to any underlying fundamentals.

Who’s qualified to be trusted?

Gensler’s Twitter video further reminds investors that, “A celebrity or influencer’s incentives aren’t necessarily aligned with yours. We might enjoy watching a celebrity playing on a basketball court, starring in a reality TV show or a movie or performing to a packed crowd at a stadium show. We shouldn’t confuse those skills, though, with the very different skills needed to offer appropriate investment advice.”

In other words: When should anyone – but especially those with money at stake, including consumers and investors – trust public authority figures?

We can consider trust gradually accumulated evidence that someone is consistently qualified, right or on our side. That looks different in various situations.

For example, if you have a financial advisor, you might trust that they’re qualified based on their credentials. Whether you trust them to work for your specific interests could vary based on whether they’re fee-only or commission-based and their track record in the industry.

Or consider someone like Warren Buffet. While he’s not a financial advisor, he’s built a very successful investment firm from the ground up. And though you should consider his advice through the lens of your own circumstances, it’s often worth contemplating for his experience, success – and even the occasional failure.

But when it comes to celebrity influencers, recent years have seen a dangerous conflation between, and the inflation of, entertainment as information.

Crucially, Kim Kardashian is not a qualified financial advisor. She’s not a famous investor renowned for down-to-earth advice and a history of past successes. She’s an influencer and reality TV star – one who’s paid to promote products, regardless of her personal use or interest, in exchange for a quick buck.

And that means when Kim Kardashian (or any other influencer) offers advice or endorsements, investors should be very wary indeed.

Celebrity activities, including endorsements and crypto scandals, have a way of making waves. As trust erodes (or in some cases, skyrockets – just look at Elon Musk and Dogecoin), investors may feel nervous or excited.

As a result, asset price potential, questions of legitimacy, and the prospect of increased SEC activity can all result in choppy markets or fluctuating crypto prices.

Fortunately, our AI can’t be fooled by the likes of Kim Kardashian’s crypto fine.

Sure, we trawl the markets to keep up-to-date on market moves and the latest buzz. We even build several of our Investment Kits with the intent to catch profits resulting from exciting news and innovative thinking.

But our AI also considers an asset or sector’s long-term historical performance, as well as the potential for future profits. So when a scandal like Kardashian crypto ads hits the market, we may ride the waves or ignore them altogether – but we won’t make investment decisions solely on a single influencer’s activities.

And neither should you.

Bankman-Fried, Reversing Course, Agrees To Testify To Congress Next Week