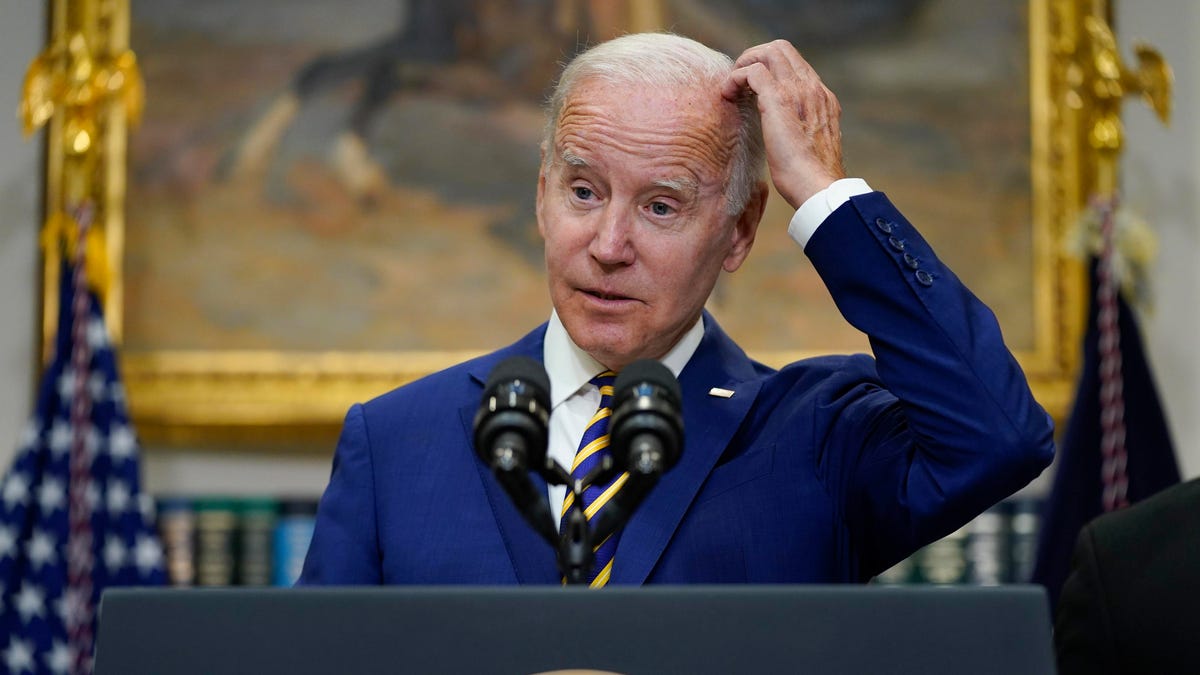 Biden’s one-time student loan cancellation plan would wipe out $10,000 or more in federally-administered student loan debt for borrowers who earn under $125,000 (or $250,000 if they are married). According to the Education Department, 26 million borrowers submitted applications for the student loan forgiveness program — and 16 million were approved — before federal courts shut down the initiative earlier this month.

Last week, the Biden administration announced an extension of the ongoing student loan pause in response to the legal battle over the President’s debt cancellation plan. But borrowers are left wondering — how will this end?

Here are some possibilities.

The Biden administration is appealing two adverse federal court rulings issued earlier this month. One case — an appeal from an 8th Circuit Court of Appeals decision that imposed a nationwide preliminary injunction on the program — is going before the U.S. Supreme Court. And after another federal court in Texas struck down the program as unconstitutional, the administration will be appealing to the 5th Circuit Court of Appeals. That case may ultimately end up before the Supreme Court, as well.

Biden administration officials have expressed confidence that they will prevail on appeal. “We believe strongly that the lawsuits are meritless, and the Department of Justice has appealed on our behalf,” wrote Education Secretary Miguel Cardona in a mass email to borrowers who were approved for student loan forgiveness under the initiative. “We will keep your application information and will continue our review of your eligibility if and when we prevail in court.”

The Biden administration has relied on the HEROES Act of 2003 to enact the one-time student loan cancellation plan. That statute provides fairly broad authority for the President, via the Secretary of Education, to modify federal student loans during a national emergency, such as a pandemic. The administration argues that these modifications can include the cancellation of debt so that borrowers are not left in a financially worse situation than they were in before the emergency began, as contemplated by the statute.

Justice Department attorneys have argued that the HEROES Act provides solid legal grounds for the student loan forgiveness program. One of the key architects of the statute, former Rep. George Miller, even filed an amicus curiae brief with the Supreme Court arguing that the program falls within the intent of the statute (despite the opposite conclusion reached by the federal district court judge in Texas).

But some advocates have encouraged the administration to reissue the program under a different legal authority — the Higher Education Act (HEA). Under the HEA’s compromise and settlement provision, the Education Department seemingly has broad authority to “compromise, waive, or release any right, title, claim, lien, or demand” associated with federal student loan debt. And exercising that authority does not necessarily require that the administration rely on a national emergency.

Advocacy groups and prominent members of Congress have long argued that the HEA provides a solid legal basis for Biden to cancel student debt. In a widely circulated memo, attorneys with the Project on Predatory Student Lending wrote that this clause confers “broad” authority to cancel federal student loans on a mass scale. And the Biden administration seemingly indicated earlier this year a willingness to rely on this HEA authority to implement student loan cancellation in another context.

So far, however, the administration has not indicated that it is considering revamping the student loan forgiveness plan under a different legal authority.

With the latest extension, the student loan pause will have surpassed three years after March 2023. Under the pause, payments on government-held federal student loans have been suspended, while interest has been set to zero. Collections efforts against federal student loan borrowers in default have also been halted.

After several extensions of the payment pause (originally intended to last six months) by President Trump, President Biden issued several more extensions despite insisting that borrowers would be returning to repayment soon. In theory, the Biden administration could simply continue to extend the pause indefinitely.

However, there may be several potential problems with this route. The payment pause extensions are also based on the HEROES Act, and at some point, the pandemic emergency will end, removing the main legal basis for the repeated extensions. In addition, the payment pause does not actually eliminate any borrower’s student loan balance. A future administration could also simply reinstate payments again even if Biden does not do so (although some argue that there would be political costs to doing so).

Administration officials have so far indicated that they do not intend on extending the student loan pause indefinitely.

The Education Department is developing a new Income-Driven Repayment (IDR) plan that officials argue will be more generous than the currently-available options. IDR programs allow for loan forgiveness after a certain number of years spent in repayment under the plans — typically 20 or 25 years.

Federal statutes give fairly broad authority to the department to draft new regulations that can tweak various aspects of certain IDR programs, including the payment formula and the length of the repayment term. Under this authority, the Obama administration established Pay As You Earn (PAYE) and Revised Pay As You Earn (REPAYE), two IDR plans that are generally more affordable than the older Income Based Repayment (IBR) and Income Contingent Repayment (ICR) plans. PAYE also has a shorter repayment term than IBR and ICR, as does REPAYE for undergraduate borrowers.

The latest IDR plan is still under development, and the Education Department has not released final regulations governing the new program, despite doing so last month for a wide array of other federal student loan relief programs. In theory, the administration could establish a new IDR program that has a far shorter repayment term and much lower monthly payments, putting millions of borrowers on a path to potentially rapid student loan forgiveness. This could be viewed as a back-up option, given that there is not much dispute that the administration has broad authority to establish the details of a new IDR plan.

But it is unlikely that student loan forgiveness under a new IDR plan would be instant for most borrowers. And there is always the possibility that a future presidential administration could reverse the new program through its own regulatory overhaul, imperiling the relief for borrowers who have not yet crossed the loan forgiveness threshold.

Given that the administration has yet to release the new plan, it is unclear at this time whether Education Department officials are considering this approach.

Did You Get A Student Loan Forgiveness Email? Education Department Sends Mass Notices To Borrowers