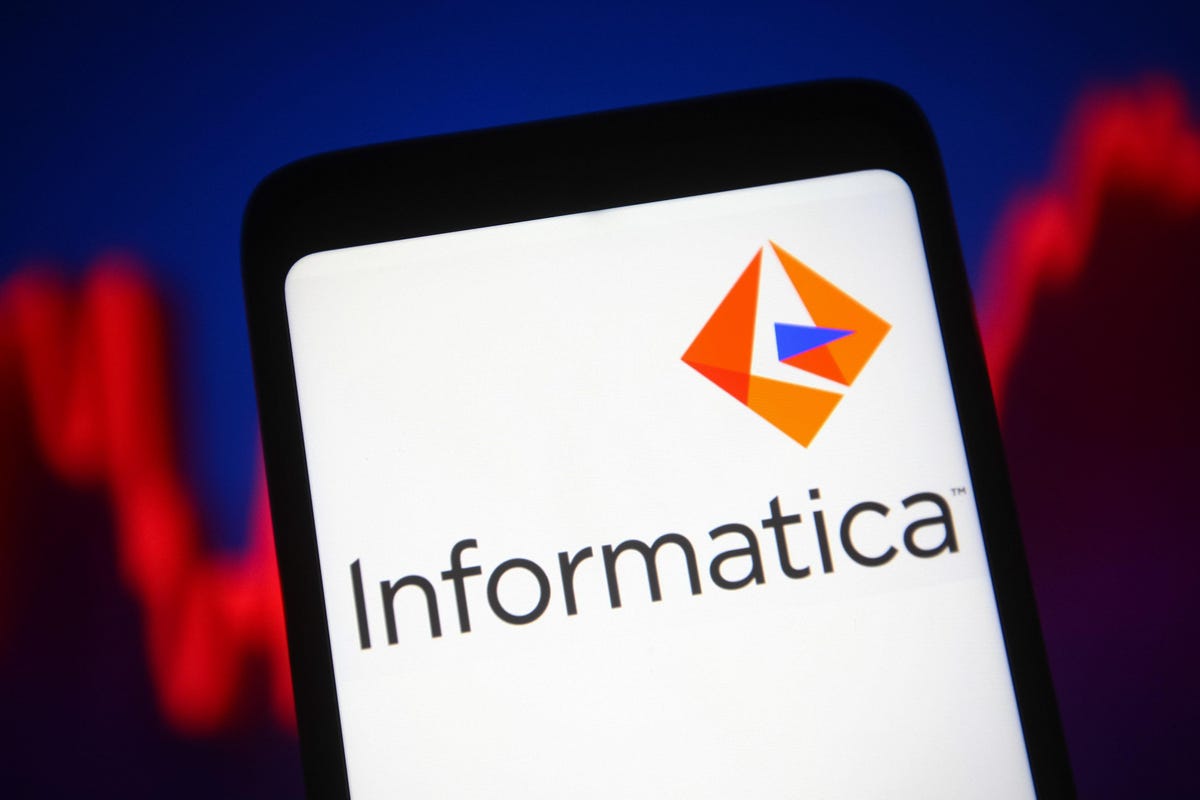 Founded in 1993, Informatica — the “enterprise cloud data management leader” — went public for the first time in 1999. About 16 years later, Permira took Informatica private for $5.3 billion aiming to remake itself as a cloud-services provider and boost shareholder value.

While it has become more of a cloud services provider — with 58% of its revenue coming from subscriptions in the third quarter — elevated shareholder value remains out of reach.

Informatica’s round trip from private control to a second IPO has not yielded the kind of double-digit revenue growth that growth investors crave. Between 2014 and 2022, its revenues grew at a tepid 4.6% compound annual rate from $1.05 billion to an estimated $1.5 billion, according to its SEC filings.

My interviews with Informatica’s CEO and CFO, suggest that Informatica is excited about its prospects. If that excitement results in much faster revenue growth, its shares should rise. Otherwise, I would not be surprised if another go-private transaction happened.

Informatica’s latest results were mixed — with revenues falling short and earnings per share exceeding the consensus. According to Zacks, Informatica’s quarterly earnings of $0.18 per share exceeded the Zacks Consensus Estimate by a penny (although that was five cents a share below the year ago EPS). The disappointing news was that its revenue of $372 million — which grew 3% from the year before — fell about 5% below the Zacks Consensus Estimate.

Informatica also offered investors a less than exciting outlook for the year ahead. According to Barron’s, “the company reduced its full-year outlook, citing a lengthening sales cycle as customers slow down purchasing in response to the difficult macroeconomic environment.”

Informatica was thrilled with its performance in the quarter. CEO Amit Walia proclaimed, “We delivered subscription annual recurring revenue (ARR) growth [— subscription ARR rose 27% to $936 million —] above expectations with strong bottom-line performance despite the uncertain macroeconomic environment. Our financial discipline, combined with a strong balance sheet and a geographic and product-diverse footprint, demonstrates the resilience and durability of our business,” according to BusinessWire.

Informatica strikes me as trying hard to encourage investors to focus on the growth of its cloud-based subscription services. Sadly, the company’s declining maintenance and consulting revenues — from its on-premise extract, transform and load (ETL) tools that move data from source to data storage systems — are capping the company’s overall growth rate.

Should Informatica spin off that declining business from its fast-growing cloud services operation? After all, its maintenance and consulting revenue fell 5% to about $157 million — accounting for 42% of its total revenue and 37% of its gross profit.

Informatica wants to keep both parts of the business together with hopes that its maintenance customers will migrate to cloud-based services by 2032. As CFO Eric Brown told me in a November 17 interview, “We have a mixed revenue model. We get about $500 million in revenue from maintenance of on-premise customers. We have 31% growth in cloud services. We are encouraging our on-prem customers to switch to the cloud. The transition will lower their maintenance costs and eventually the revenue they provide us will grow. It will take five to 10 years.”

Companies use Informatics’ products for mission-critical applications. As Walia told ComputerWeekly, Kroger takes “live data to make decisions on just-in-time inventory replenishment,” Uber uses Informatica to ”get the right driver to pick you up,” and Unilever “runs its supply chain across 96 countries on us.”

Despite these compelling customer stories, Informatica faces many rivals who offer highly regarded alternatives. According to Gartner Peer Insights, IBM, Microsoft, and Oracle all matched Informatica in their customer ratings of 4.4 out of five stars for their data integration products.

Customers gave Informatica mixed ratings. For example, one praised the computing power and performance of its Powercenter product but saw room for improvement — noting that interfaces were missing and that “connections to state of the art systems and concepts” were not available or had to be bought at an extra cost.

Gartner found that customers did not rate Informatica higher than Microsoft in any activities. However, reviewers gave Informatica higher marks than IBM in service and support and in ease of integration and deployment. Informatica also prevailed over Oracle in both of those categories as well as in evaluation and contracting.

Informatica says it wins customers due to several advantages — starting with its vendor neutrality. As Walia told me in a November 3 interview, “We have a unique Switzerland role — we are in the middle of all vendors’ data management products — AWS, Azure, Snowflake. We are vendor neutral. We bring big data to life.”

Informatica’s story became more interesting in 2004 — five years after its first IPO. That is when Sohaib Abbasi — who became Informatica CEO in 2004 after 20 years at Oracle — transformed the company’s product line. His aim was to maintain Informatica’s independence as Oracle and SAP went on an acquisition spree.

To do that Abbasi built the company into a roughly $1 billion in revenue provider of diverse products including data integration and six other related products. Sadly, according to ZDNet, the products were not well integrated and not well suited for the emerging transition to the cloud.

This set the stage for Informatica’s $5.3 billion go-private deal led by UK-based Permira. With revenues stagnating, in January 2015, Elliott Management announced that it has accumulated about 8% of Informatica because its shares were undervalued.

Abbasi’s vision was to free the company from quarterly earnings reports so it would have the time to turn itself into “a multi-billion dollar leader in all things data” that would generate considerable recurring revenue, according to ZDNet.

In January 2016, chief product officer Anil Chakravarthy replaced Abbasi as CEO. In January 2020, Chakravarthy left for Adobe and was replaced as CEO by Amit Walia, then the company’s president of products and marketing.

Walia was a major player in Informatica’s reinvention prior to its second IPO. As he told me, “When Informatica went private it was a classic single product company that hit a wall. What was its next act? I joined two years before it went private as chief product officer. I ran all engineering.”

Transitioning to the Cloud

Walia envisioned a decade building Informatica into a company that would help companies make the transition to the cloud. “We wanted to think of it as a startup. We built new products from scratch — including an Intelligent Data Management Cloud (IDMC) platform and Business Intelligence (BI) assisting humans. We stopped selling legacy licenses and continued to generate maintenance revenue,” he explained.

Informatica went from no subscription revenue in 2016 to $1 billion worth by 2022 — increasing its total addressable market from about $6 billion to $50 billion, Walia told ComputerWeekly.

Walia led that transition while maintaining profitability and generating cash flow. As he told me, “We have 22 points of operating margin and generate hundreds of millions of cash flow. We are achieving ARR growth from 5,000 customers across the globe.”

In addition to its vendor neutrality, Informatica has other competitive advantages. It spends heavily on R&D, is recognized as a leader by Gartner’s Magic Quadrant, enjoys “high customer retention,” offers “best of breed products in seven product categories with more features,” and makes it easy for customers to transact through consumption based pricing, Walia explained.

Preparing to take Informatica public for the second time

Informatica has an old business with a declining revenue and a new one with a growing revenue. To manage these businesses, Walia relies on CFO, Brown. As Walia said, “There is trust between me and our CFO. He helps drive growth. He is the voice of reason. I want to grow but the CFO is the devil’s advocate — answering What if? questions. We all want to do more in the P&L and he brings in the laws of math — it is a healthy tension.”

Informatica was preparing for its IPO long before October 2021. As Brown told me, “I joined Informatica in 2018 before we went public. Because we were the Switzerland of data, being acquired, say by a database vendor, would [sully our reputation] for vendor-neutrality. That meant that a better option would be to go public. I had never done an IPO and wanted to do it.”

Brown’s first step was to assess whether Informatica’s reporting systems could help its executives manage a cloud-based business. “I made an assessment of the 30 key performance indicators that we would need to go public as a cloud-first software as a service business. My initial assessment was that we scored 0% or 25% on our ability to measure most of them — such as annual recurring revenue and customer acquisition cost,” said Brown.

Informatica built its information systems from scratch. As he said, “We had to understand each metric, make our own definitions, and build six core systems to support them.” These included systems to track employees, do forecasting, make investment and pricing decisions, track costs of goods sold and operating expenses, manage procurement, and maintain control of its contracts.

These systems have helped Informatica maintain its gross margins in the range of 20% to 25%. “We never had to cut costs because we were able to keep track of our gross profit. We could track revenue, cash flow, and costs to maintain that profit margin. For example, we changed our locations around the globe to control our costs — moving to Toronto, Dublin, Bangalore, Stuttgart. We hired 500 people in low cost locations,” explained Brown.

Informatica began preparing to offer quarterly investor guidance almost two years before it went public. “We practiced for eight or nine quarters before we went public to prepare ourselves to report and give guidance to investors. Then we reported our actual results and looked at how we did. We [improved our process until we could] forecast precisely within a range. By the time we went public, guidance was a non-event.”

Sadly, since going public in October 2021, Informatica’s stock has fallen and now trades 57% below its last December peak.

And the guidance it supplied for its fourth quarter of 2022 disappointed investors. Specifically, Informatica cited a $15 million negative impact from foreign exchange as a factor contributing to a flat fourth quarter revenue forecast of about $403 million.

Perhaps Informatica’s growth will accelerate as more of its customers switch to cloud-based services. If that growth does not happen, I am wondering whether Informatica could be a candidate for a second take-private deal.