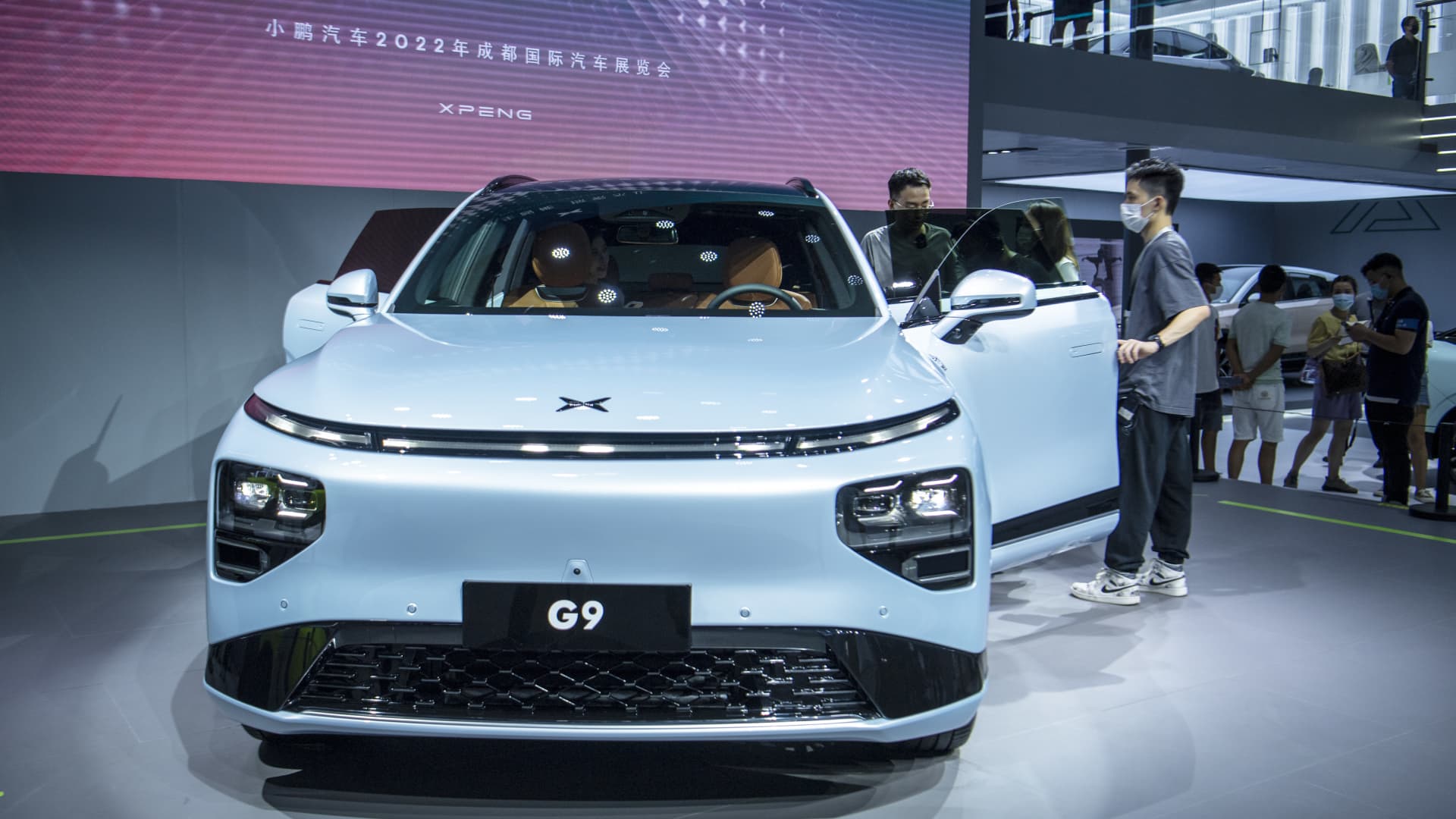 BEIJING — Chinese electric car start-up Xpeng’s newest model will likely sell better than its most popular car to date, according to Brian Gu, the company’s president and honorary vice chairman.

The company formally launched its G9 SUV on Wednesday. The car has been slated to begin deliveries in October.

“We think the volume of G9 next year will exceed what we have achieved for P7, which makes it one of our top-selling vehicles,” Gu said in an interview with CNBC’s Eunice Yoon this week.

The P7 was Xpeng’s first sedan, launched in May 2020, which quickly outsold the company’s existing G3 SUV that launched in December 2018. The P7 ranked 10th among all new energy passenger cars — excluding SUVs — sold in China during the first eight months of this year, according to the China Passenger Car Association.

More than 123,000 P7 cars have been delivered as of the end of August — nearly twice as many as the cumulative delivery of roughly 67,000 G3s, according to CNBC calculations of Xpeng data.

Last year, Xpeng began deliveries of another sedan, the P5, which has notched cumulative deliveries of more than 37,000 cars as of the end of August, the data analysis showed.

The G9 comes with Xpeng’s latest assisted driving system, which Gu said will perform even better than in a prior model’s because the new SUV includes high-power Nvidia Orin chips.

With just five minutes of charging at an Xpeng station, he said the new car can add 200 kilometers of driving range.

However, rival Chinese electric car start-ups Nio and Li Auto also have new SUVs rolling out to customers this fall.

The market is now “very competitive,” Gu said. “We need to come up with better and cooler products to resume that growth.”

Foot traffic is less than half of what we’ve seen before the summer.

But Gu said that since summer, overall electric car sales have not been as robust as they were at the beginning of the year. He pointed to a number of factors, including anticipation of new products, Covid-induced store closures and hesitant consumers.

“Foot traffic is less than half of what we’ve seen before the summer,” he said.

As others at his company and in the industry have said, Gu said Xpeng was not affected by the latest U.S. restrictions on Nvidia sales to Chinese companies.

“It does not apply to us because we don’t use that kind of chips,” Gu reiterated.

“I think obviously, the cloud or data center partners that we work with, they need to think about how to continue to secure such capabilities,” he said. “It’s not something that we are worried about, but obviously we need to make sure that we have these capabilities supplied to us.”