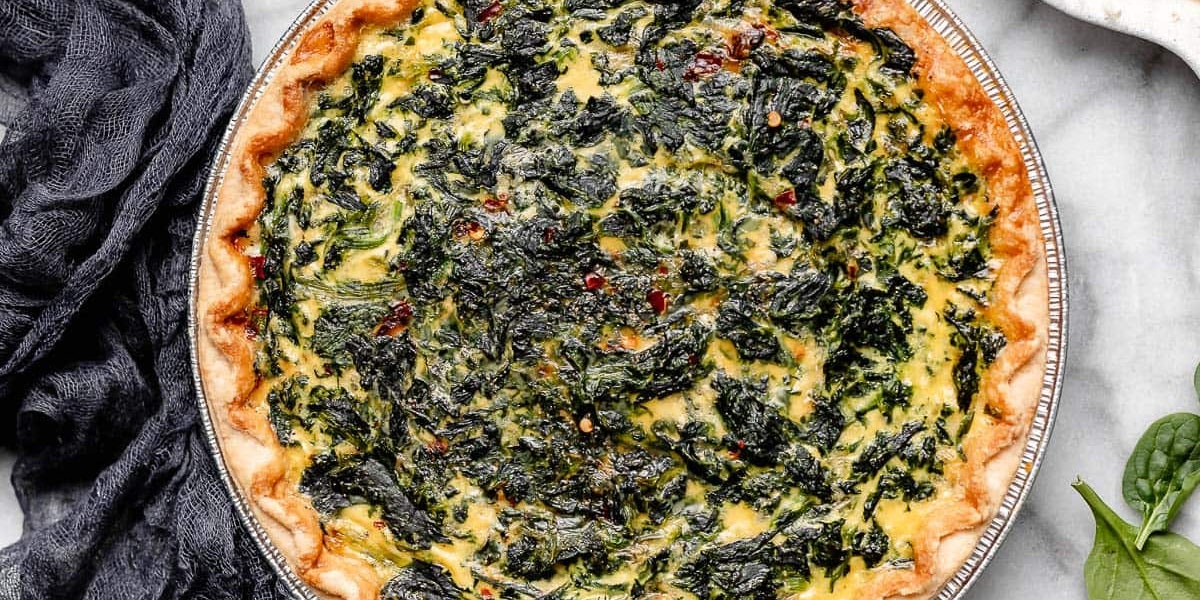 Spinach is one of those ingredients that a lot of people like to keep on hand for its versatility. The sheer variety of spinach recipes out there prove that the tender and nutritious leafy green is among the culinary world’s greatest green chameleons. Though perhaps most famous for appearing fresh in salads, there are almost limitless ways to put the veggie to work. From simply sautéed with garlic to stewed into a zesty shakshuka, there is almost no way to go wrong cooking spinach.

Spinach is also popular because it’s super nutritious, reasonably priced, and widely available year-round. That makes it a cost-effective, reliable source of nutrients. Spinach is packed with essential vitamins and minerals—including vitamins A, C, and K and minerals like folate, iron, magnesium, and potassium, according to the Academy of Nutrition and Dietetics.

The one potential drawback of fresh spinach is its relatively short shelf life. How short depends on a few factors, but having to toss out spinach that you waited too long to use happens to the best of us at some point. (Seriously, who isn’t familiar with the tragedy of discovering a bag of forgotten, swampy spinach in the back of their crisper drawer?) Read on for helpful information on how long spinach lasts, how to store it so it stays good as long as possible, how to use up an overabundance of fresh spinach, and what to do with it once it’s gone slimy—plus, ideas about how to cook spinach and the best spinach recipes.

How long does spinach last in the fridge?

In general, you’ll have a few days to use up fresh spinach, though it depends on how fresh the spinach was when you bought it, the best-by date on the package, and the storage conditions in your fridge.

When buying spinach, make sure to grab a bag or bunch that looks fresh and is being kept cool at the store, and put it in your fridge (at 40 degrees Fahrenheit or below) within two hours of purchase, as the Centers for Disease Control and Prevention (CDC) instructs.

Fresh bunches of spinach are best enjoyed within three to seven days, according to the United States Department of Agrciculture (USDA) Food Safety and Inspection Service (FSIS). The USDA recommends storing it lightly packed in a plastic or cellophane bag in the crisper section of the fridge. (Pro tip: Slip a paper towel or two into the bag to help absorb moisture and extend its freshness.) Then rinse under running water and pat dry right before using. Bags and cartons of pre-cut, pre-washed spinach should generally be consumed within three to five days for peak freshness and quality, per the FSIS.

All that said, keep in mind that you don’t necessarily need to toss fresh spinach past its best-by date. While it may not be at its literal best, it should still be OK to eat for a few days more as long as it has been stored properly and still smells and looks good, according to the USDA. Bags of fresh-cut leafy greens, for instance, often have a shelf life of around 12 to 16 days from the time they’re packed at the plant or store until they expire, according to the U.S. Food and Drug Administration (FDA). Just be sure to smell and visually inspect the leaves for any signs of spoilage first—more on that below.

What can I do with slimy spinach?

Sadly, there’s only one thing to do with slimy spinach: Toss it. It might seem like a waste, but by the time spinach is becoming slimy it’s too late.

Spinach that looks a little bit limp or wilty is OK. But an icky or off smell, taste, or texture—anything in the vicinity of slimy, mushy, or funky smelling—indicates that a food is starting to decompose and spoil, the USDA explains. That’s why you should always throw away all produce that appears rotten, per the FDA.

What can I do with too much fresh spinach?

If you have more fresh spinach than you know what to do with before it goes bad—or your spinach is still good but past its prime—fear not. Cooking this leafy green will immediately collapse it down into a more manageable volume, allowing you to enjoy it without it going to waste.

A great place to start is with one of the awesome dishes featured in this collection of delicious and creative spinach recipes. But if you don’t have the time or ingredients on hand to make a whole meal featuring spinach, you can just steam or sauté it all on the stovetop. Then you’ll have a healthy batch of cooked greens in the fridge that you can enjoy as a side dish throughout the week.

What food goes with spinach?

A better question is what food doesn’t go with spinach. Unlike pungent kale or bitter arugula, spinach has a very mild flavor—a little earthy, just a tad sweet—that pairs well with most other ingredients.

As you’ll find in these spinach recipes, the green is a great addition to nearly any savory meal, which makes it one of the best options for packing in extra veggies. It’s great for tossing right in the mix—taking on surrounding flavors while adding some pretty color, bulk, and nutrients to whatever you’re making. Think grain bowls, pastas, casseroles, soups, stews, sandwiches, frittatas, noodle dishes, and more—and even baked goods. Spinach also works as a quick, simple veggie side—sautéed with a little olive, garlic, and lemon perhaps—alongside a roasted chicken breast, nice steak, or seared fish filet, for instance.

These 45 spinach recipes showcase the best of your options, from classics (like creamed spinach and sautéed spinach), to sweet treats (like pancakes and muffins), to fresh spinach recipes (like salads and smoothies.) If you thought the veggie was simple and ordinary, these ideas will definitely give you a fresh perspective.

SSC Tuatara Will Be Electrified With Front Motors In AWD Setup: Report