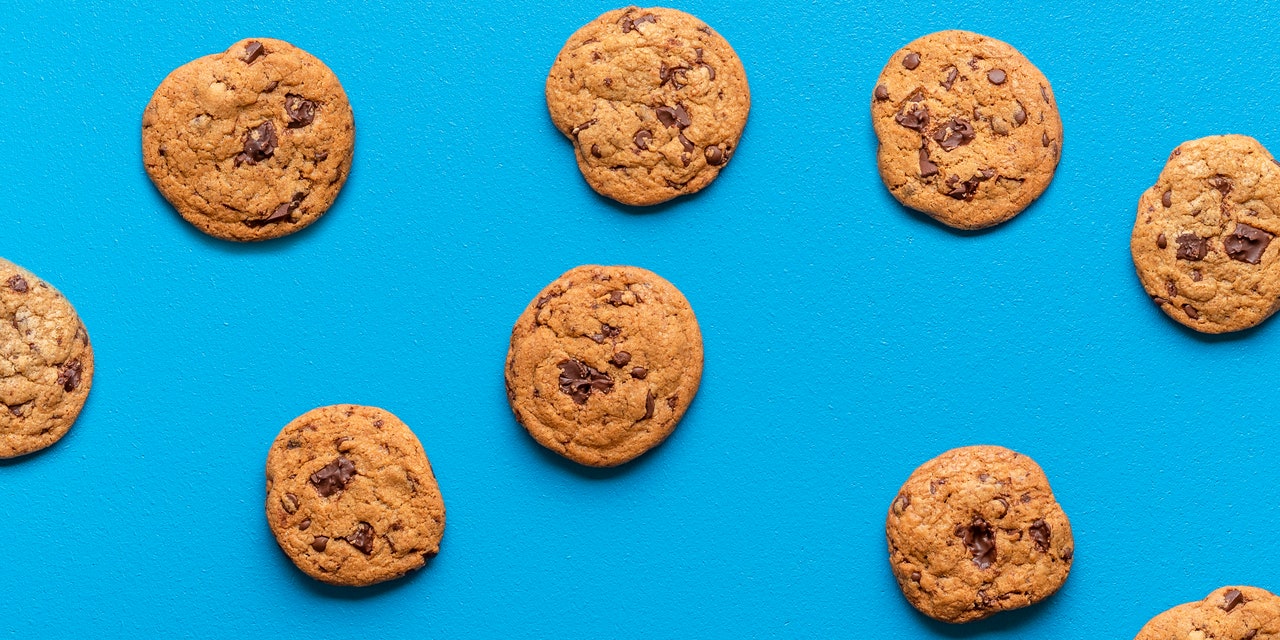 These aren’t vegan, are they? These are so good—there’s no way they’re vegan! No thanks. I only eat real cookies. Those are just a few of the reactions I’ve gotten when presenting friends, family, or coworkers with one of my vegan cookie batches. And I totally get it. “Vegan” has become synonymous with “healthy” (diet culture, will you ever die?) and in the dessert world, “healthy” is often code for… not good. So, when I say, “Would you like to try one of my vegan snickerdoodles?” it makes sense that some people hear, “Do you want to treat yourself to a disc of cinnamon-sugar-coated disappointment?”

In fairness, I’ve had some bad vegan cookies. But I’ve also had some crappy traditional ones (a haunting encounter with a dry, crumbly, way-too-sweet chocolate-chip comes to mind). In my experience, oftentimes vegan cookies aren’t bad because they’re vegan. Some suck because they just don’t have the right balance of ingredients, or, yes, because they’ve been overly altered. (No shame whatsoever if this is your thing—all foods are morally equal and I have chickpea blondies in my freezer—but a cookie made with protein powder and cauliflower that’s gluten-free, sugar-free, low-fat, and vegan probably won’t hit your tastebuds the same as your grandmother’s recipe.) Baking is an art and a science, and not every combination of moisture, fat, and sweet-to-salty ratio is going to create the same mouthwatering result.

In other words, vegan cookies don’t have to be bad, and you also don’t have to be vegan to make or enjoy them! Maybe you want to try consuming fewer animal products for ethical or environmental reasons, maybe you love someone who eats a plant-based diet and you want to make them something sweet to brighten their day or holiday spirit, or maybe you just think it’s really fun to experiment with baked goods (hi!).

Your motivation is your business, and mine is helping you make some damn good dessert. To that end, I asked a few professional plant-based bakers for their best tips for making amazing cookies that also happen to be vegan.

Butter is responsible for crispy edges and chewy middles so if that’s the kind of plant-based cookie you’re going for, choose a dairy-free alternative that’s equally as high in fat, Auzerais Bellamy, a Michelin-starred pastry chef and the founder of mail-order blondie bakery Blondery, tells SELF. “I look for butter alternatives that have a low water content. The more fat the better!” she says. Traditional butter has about 11 grams of fat per one-tablespoon serving, so you’ll want to choose alternatives with a similar amount. Bellamy’s favorite? Earth Balance Vegan Buttery Sticks. They have a classic buttery flavor and help create nice-and-crips cookie edges, she says. Another 1:1 substitute for dairy butter that tastes and performs like the real deal, according to me and a bunch of plant-based baking bloggers is Miyoko’s European Style Cultured Vegan  Butter. (I also highly recommend it for ultra-flaky plant-based pie crusts!)

2. Use coconut cream or milk in place of heavy cream or condensed milk.

Again, this is all about the fat. It’s reasonable to assume that non-dairy milk would make a suitable substitute for the heavy cream in, say, fudgy double-chocolate cookies, or for the sweetened condensed milk in magic cookies bars, but a lot of milk alternatives at the grocery store (almond, soy, etc.) are mostly water, so they can’t create the same rich results. But coconut cream or full-fat coconut milk can! “Fat adds flavor and texture no matter where it’s coming from—plants or animals,” as Bellamy puts it. Just make sure you mix your coconut milk or cream really well before using it, since the fat separates from the liquid in the can.

If you’re looking to replace regular ol’ milk in a cookie recipe, soy milk might be your best bet. “After recipe testing with just about every plant-based milk out there, I’ve found that unsweetened plain soy milk is the most reliable for cookies, and also cakes and muffins,” Toni Okamoto, founder of popular food blog Plant-Based on a Budget and author of the upcoming cookbook Plant-Based on a Budget Quick & Easy, tells SELF. “Its high protein content allows for great structure (so your cookie doesn’t fall apart!) and a chewy texture. It also has a neutral taste that doesn’t overpower baked goods.”

If you’re new to the plant-based baking world’s beloved “flax egg,” it might sound like a strange (gross, even) swap, but I can attest that a mixture made of flaxmeal (ground flaxseed) and water is, indeed, a reliable replacement for a chicken egg in most cookie recipes. If you google how to make one, you’ll most often see a ratio of three tablespoons of water for every tablespoon of flaxmeal. (You just stir the flax and water together and let it sit for about 10 to 15 minutes to thicken to an egg-like consistency.) However, Okamoto says—and I agree—that by cutting the water down to two and a half tablespoons for every tablespoon of ground flaxseed, you get a thicker, goopier result. “It gels better than using three tablespoons of water, so it does a better job of binding the rest of the ingredients together,” she says.