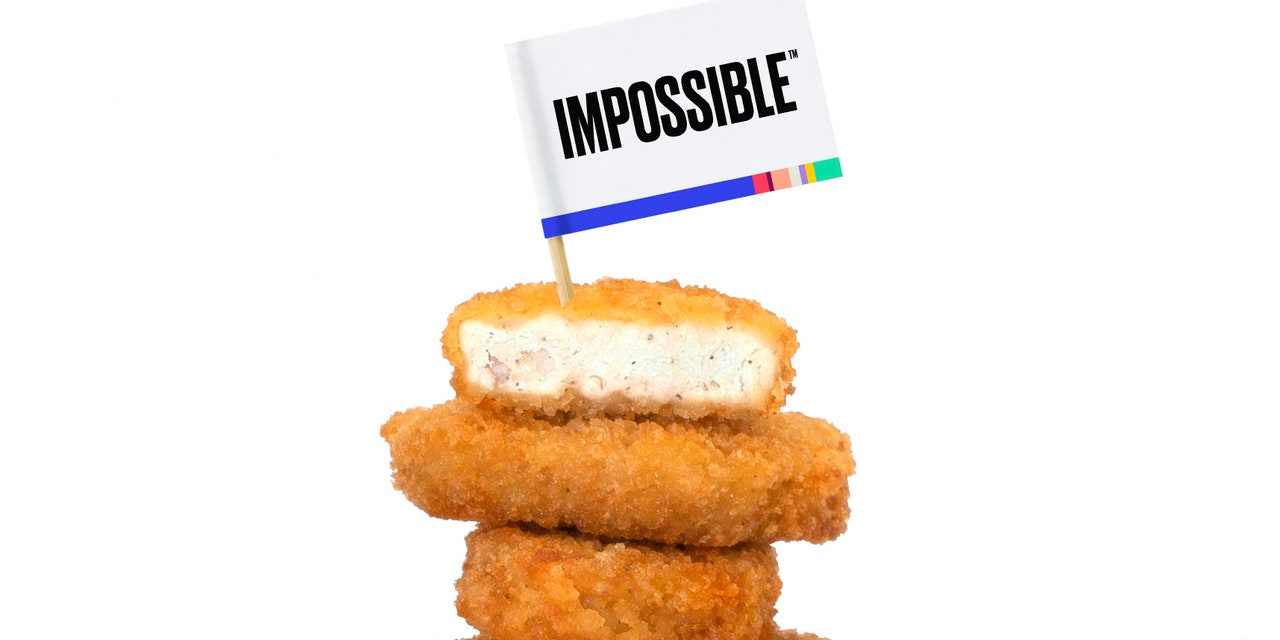 The Impossible Chicken Nuggets debuted in September, when they started appearing on the menus of a handful of celeb chef-owned restaurants (like David Chang’s fried chicken joint Fuku in New York City). Now, the veg-friendly nuggets are rolling out at more restaurants—Burger King is testing them out in a few locations—and available in the freezer aisle at a growing number of grocery stores across the country, like ShopRite and Kroger, with more to come.

Being big fans of food innovation here at SELF, we decided to give ‘em a try.

The first thing you should know about your reviewer is that I am not exactly a chicken nugget aficionado. Kind of the opposite, actually, as a decade-long vegetarian. But! Younger, pre-veg Carolyn would 100% identify as a connoisseur of nuggets. I grew up on a nugget-heavy diet: lots of dinosaur-shaped nuggs hot from the microwave as a kid, a years-long stretch where at restaurants I exclusively ordered chicken nuggets and fingers (whether it was on the menu or not), and a not-modest amount of Wendy’s in high school.

So my baseline here for what a chicken nugget should taste like is just more… nostalgic. OK, I feel better getting that off my chest. Now, about those nuggets.

There are three ways to prepare the nuggets: pop them in the oven for 11 minutes, the air fryer for seven to eight minutes, or the microwave for one to two-and-a-half minutes. I air-fry everything these days, so I tried that method first.

The first sign that Impossible hit the nuggety nail on the head was the smell: uncanny. A few minutes after I popped them in the air fryer, the unmistakable scent of chicken nuggets was in the air. Chicken-y, bready, fatty, and very much evocative of dinnertime as a kid.

How did they taste? Astoundingly nuggety.

The golden-brown breading is sand-fine, lightly crispy, well-seasoned, and appropriately crumby—and the breading-to-filling ratio is spot-on. (The coating crisped up considerably more in the air fryer than the oven, and hardly at all in the microwave, unsurprisingly.)

Breading is easy to get right, though. What about the actual chicken filling? Home run. Like, my first bite was so similar to what I remember the real thing tasting like that I actually got a little grossed out for a second, forgetting I wasn’t chewing actual animal meat. There’s a real endorsement of their authenticity for you! (The sensation was short-lived, thankfully.)

The texture and mouthfeel are spot-on: a little juicy, a little tender, a little chewy. The taste is enjoyable in an unremarkable kind of way. It’s mild, yummy, fatty, inoffensive, a little salty, chicken-y but not CHICKEN-Y. (That’s the great thing about trying to mimic a processed meat product like chicken nuggets, as opposed to, say, chicken breasts—the real stuff is already pretty removed from the bird in its natural state.) Overall, these nuggets are hard not to like, easy to keep popping, and begging to be dunked in ketchup or slathered in sriracha.

What Impossible Chicken Nuggets are made of

OK, so what’s actually in these not-chicken nuggets?? Like the Impossible Burger, the first ingredient is good ol’ soy protein concentrate, which means these vegan little guys are packed with 13 grams of plant protein per serving. Unlike the Impossible Burger—which relies on a lab-grown version of the iron-rich heme molecule for its distinctive meaty flavor and red hue— there’s no fancy food chemistry or novel ingredients here.