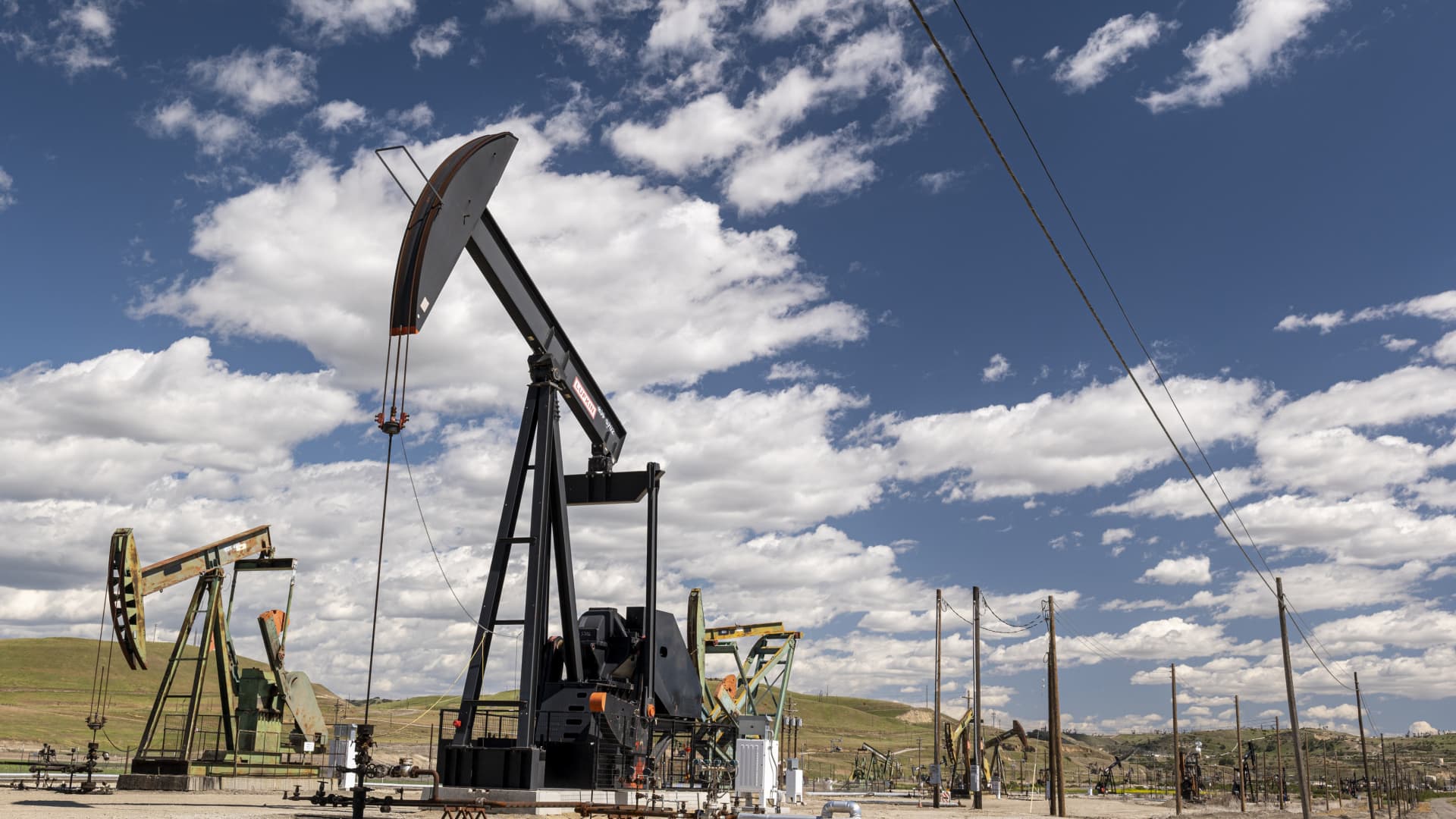 Goldman Sachs “significantly” cut its oil price forecasts Tuesday amid fears of slowing economic growth. Still, analysts led by Damien Courvalin said crude will likely bounce off current levels, with oil hovering right around a nine-month low. “We significantly downgrade our oil forecasts due to weakening macro, but remain bullish the forwards as we pivot into the structural, supply side story,” the firm wrote in a note to clients. Courvalin now forecasts Brent averaging $100 per barrel during the fourth quarter, down from a prior target of $125. He sees the contract averaging $105 for the first half of 2023, and $110 for the back half of next year. His prior estimates had Brent starting 2023 at $130, and ending the year at $120. On Tuesday, Brent added roughly 3% to trade at $86.61 per barrel. Still, over the last six months it has shed nearly 30%. In recent weeks, the stronger dollar and recession fears have weighed on prices. “A strong [U.S. dollar] and falling demand expectations will remain powerful headwinds to prices into year-end,” Courvalin said. “Yet, the structural bullish supply set-up – due to the lack of investment, low spare capacity and inventories – has only grown stronger, inevitably requiring much higher prices,” he added. When it comes to West Texas Intermediate crude , Goldman expects the contract to average $95 during the fourth quarter of 2022, down from a prior forecast of $120. The firm expects WTI to regain the $100 level at the start of 2023, climbing to $105 by the end of the year. On Tuesday, the contract traded around $78.90 per barrel. Oil has been on a roller-coaster ride since Russia’s invasion of Ukraine at the end of February. Both WTI and Brent briefly spiked above $130 per barrel, sending prices at the U.S. pump surging to record levels. But in recent months prices have pulled back sharply, in part because of demand fears out of China. The country is the world’s largest crude importer, and ongoing lockdowns have sparked fears that less oil and petroleum products will be needed. But Goldman said the sell-off has been too sharp, with prices now reflecting zero real global GDP growth in 2023 outside China. “While it may be surprising that oil is pricing such low growth expectations, this reflects the outsized exodus of investors, forced away by the extreme price volatility this spring,” the firm said. Looking forward, Goldman acknowledged that prices are likely to remain volatile. But ultimately, the firm reiterated its long-term bullish stance, saying “we find the opportunity most compelling to position for higher prices than for lower prices.” – CNBC’s Michael Bloom contributed reporting.