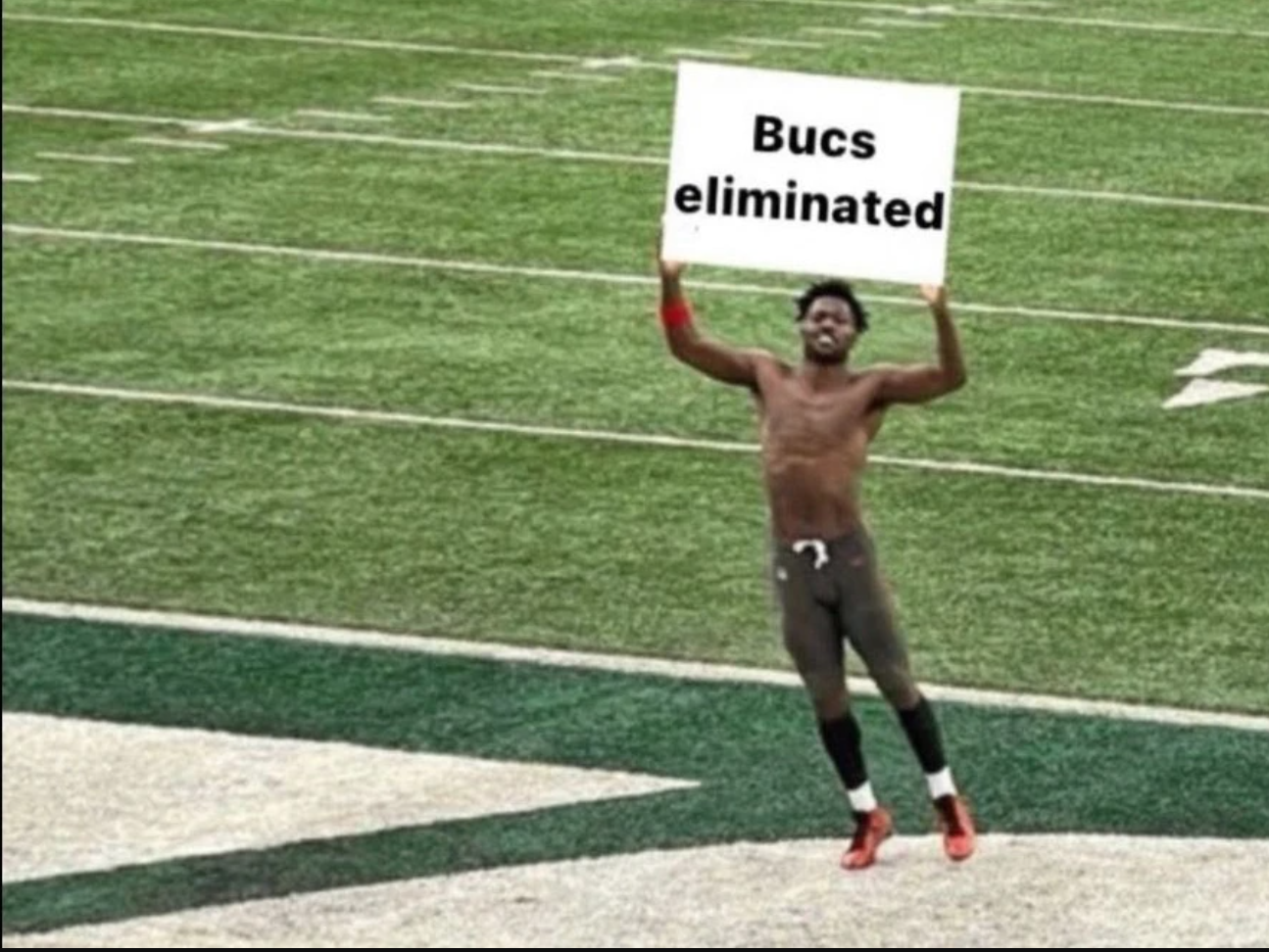 The wacky wide receiver, who was kicked off the Tampa Bay Buccaneers earlier this season after he walked off the field and allegedly refused to enter a game, fired back on Twitter.

The Buccaneers lost in the playoffs over the weekend and Brown took to Twitter to post a meme.

It showed him shirtless holding a sign that read: “Bucs eliminated.”

Brown was shirtless when he left the field three weeks ago.

Brown had actually been cheering for Tom Brady and the Buccaneers — he posted to Instagram before the game saying so — but he couldn’t resist having his Twitter fun.