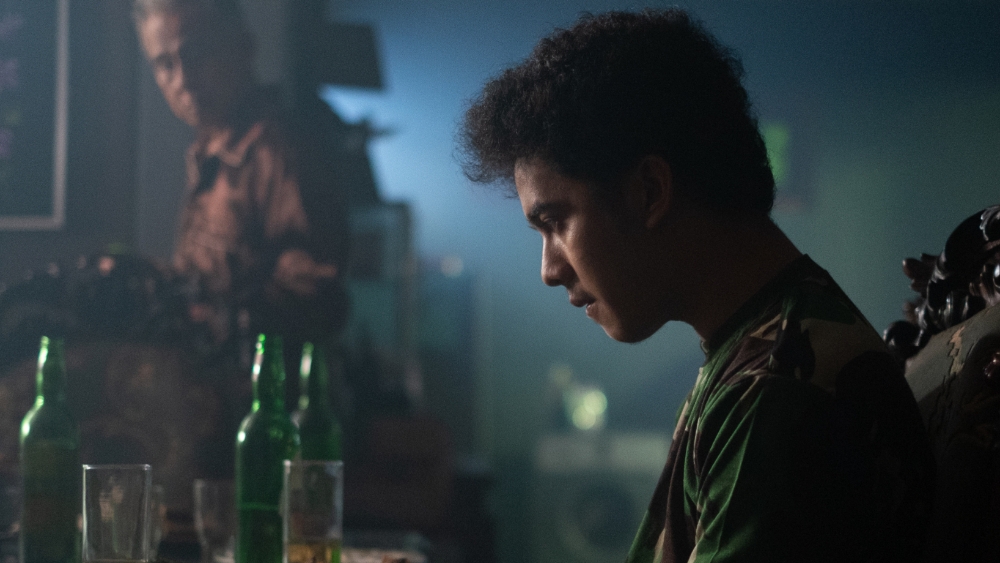 The film made a winning debut at Venice earlier this year and went on to win prizes at the Asia Pacific Screen Awards, Golden Horse, Marrakech, QCity, Jogja-NETPAC, Stockholm and Tokyo Filmex.

The jury, which included filmmakers Lav Diaz, Ritu Sarin and Kim Soyoung and New York Film Festival artistic director Dennis Lim, commended the film’s “control and clarity of vision” and praised it for being a “vivid character study, a powerful allegory of national trauma, an urgent dissection of the fascist mindset and how it persists,” in their citation.

The award comes with a cash prize of SGD8,000 ($5,915) and an online, audio post and DCP package, audio final mix and DCP feature worth SGD45,000 from Mocha Chai Laboratories.

Laha Mebow won best director for “Gaga,” which previously won a brace of Golden Horse awards. “The best director prize goes to a filmmaker who has made a drama of great warmth and sensitivity. This director brings to life a world they know well and beautifully guides an ensemble cast of non-professional actors,” said the jury citation. The award carries a cash prize of SGD4,000 from Filmgarde Cineplexes.

The Audience Choice Award was won by “How to Save a Dead Friend” by Marusya Syroechkovskaya.

At the festival’s industry facing Southeast Asian Film Lab, Gabriela Serrano for “Please Bear with Me” and Rein Maychaelson for “The Burning Land” won the fellowship prize, which comes with a residency and/or script mentorship. Giovanni Rustanto won most promising project and a cash prize of SGD4,000 for “A Ballad of Long Hair.” Gladys Ng scored a special mention for “Every Mall Burns The Same.” The lab was mentored by producer Soros Sukhum, filmmaker Vimukthi Jayasundara and film critic Maggie Lee.

“Vania on Lima Street” by Bayu Prihantoro Filemon won Best Southeast Asian Short Film, which carries a cash prize of SGD5,000 by Filmgarde Cineplexes. Bopha Oul in “Further and Further Away” by Polen Ly won best performance and a cash prize of SGD1,250 from Fiction Shore. Le Lam Vien won best director and a cash prize of SGD2,000 supported by Peanut Pictures for “Fix Anything.” “Dikit” by Gabriela Serrano was accorded a special mention.