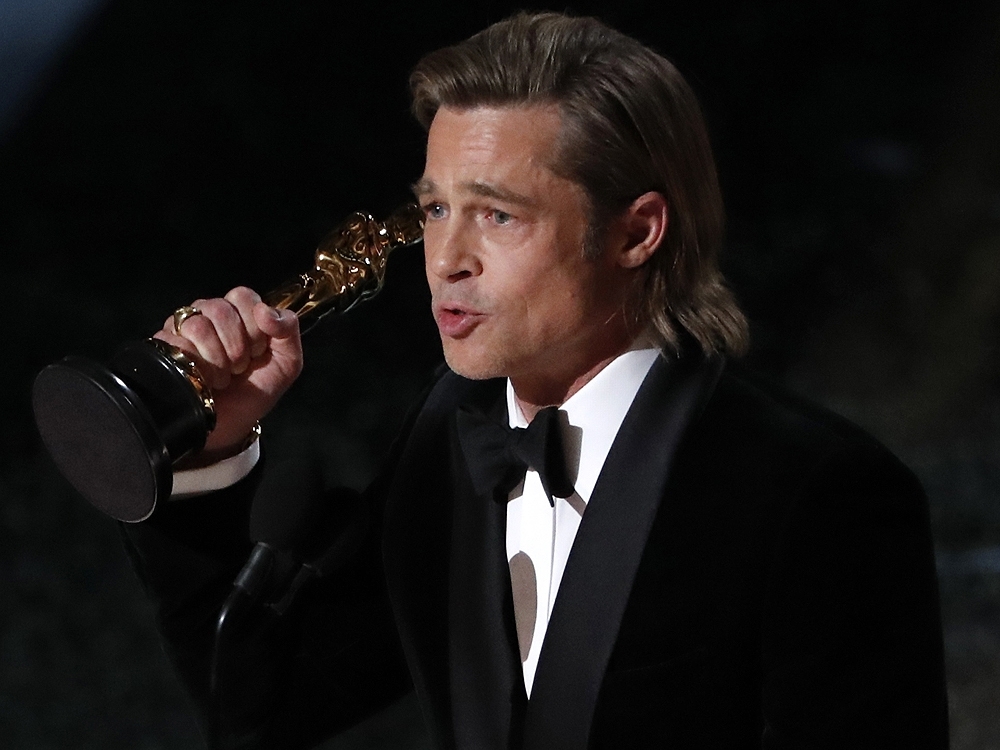 LOS ANGELES – Brad Pitt won an Oscar in 2020 for his performance in Quentin Tarantino’s “Once Upon a Time in Hollywood” and is fronting a major studio tentpole later this summer with Sony’s “Bullet Train,” and yet the 58-year-old actor isn’t setting himself up for some kind of late career resurgence.

Quite the contrary. Speaking to GQ magazine, Pitt said he views his film career as winding down and entering its final stages.

“I consider myself on my last leg,” Pitt said, “this last semester or trimester. What is this section gonna be? And how do I wanna design that?”

As an actor, Pitt will front the action tentpole “Bullet Train” and the Oscar season drama “Babylon” this year. The latter marks Damien Chazelle’s directorial follow-up to Oscar winner “La La Land” and reunites Pitt with his “Once Upon a Time in Hollywood” co-star Margot Robbie. “Babylon,” which Paramount is releasing on Christmas, is an old Hollywood epic that focuses on industry figures adapting to the transition of silent films to talkies.

Pitt’s career also includes his continued work as a producer through his Plan B production company.

Films on Plan B’s roster this year include the release of Andrew Dominik’s “Blonde,” an NC-17 biographical drama starring Ana de Armas as Marilyn Monroe, and Sarah Polley’s long-awaited drama “Women Talking,” an adaptation of Miriam Toews’s novel. The film, which stars Rooney Mara and Frances McDormand, centers on a group of Mennonite women who unite against their rapists.

“It’s as profound a film as anything made this decade,” Pitt told GQ magazine about “Women Talking.”

When Pitt’s final stage comes to its actual end, his “Once Upon a Time in Hollywood” director Quentin Tarantino says the industry will lose “one of the last remaining big-screen movie stars.”

As the director explained to GQ, “It’s just a different breed of man. And frankly, I don’t think you can describe exactly what that is because it’s like describing star-shine. I noticed it when we were doing ‘Inglourious Basterds.’ When Brad was in the shot, I didn’t feel like I was looking through the viewfinder of the camera. I felt like I was watching a movie. Just his presence in the four walls of the frame created that impression.”