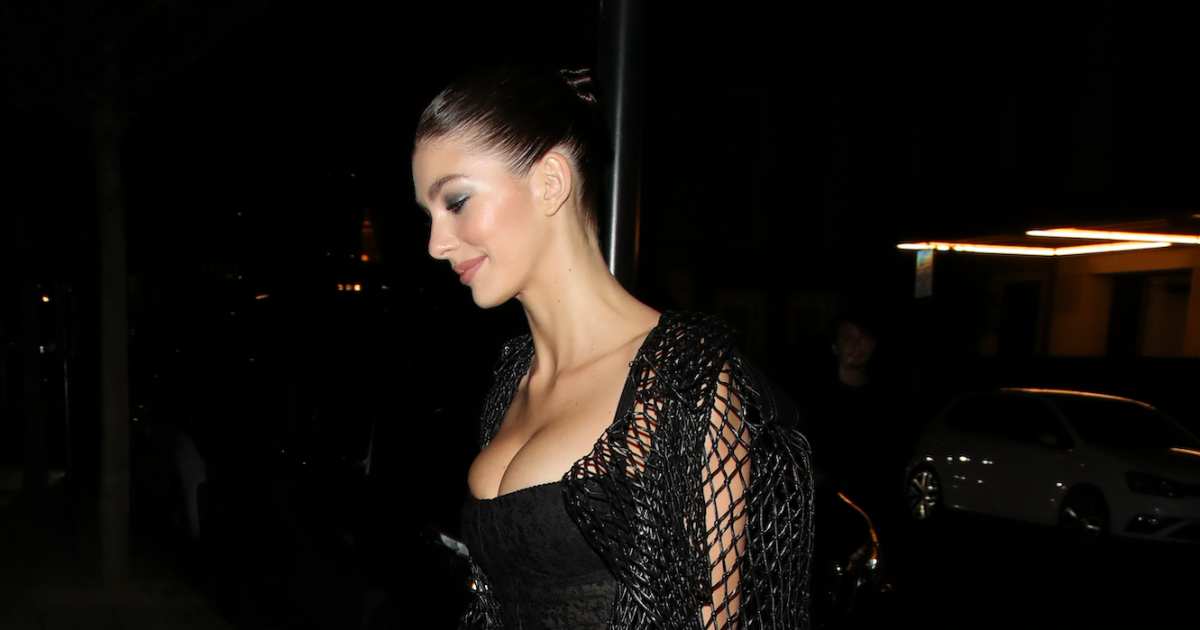 You can never go wrong with a little black dress — especially after a breakup! Camila Morrone proved this is true when she stepped out in a skintight number for a night out in London following her split from Leonardo DiCaprio.

The model, 25, looked fierce in the corset frock from Burberry at the label’s spring 2023 after show party at the Twenty Two hotel on Monday, September 26. Morrone paired the piece, which hugged her curves in all the right places, with a netted duster coat and black pantyhose that were adorned with the Burberry logo.

The Death Wish star completed the look with pointed-toe pumps and had her hair styled in a sleek bun. For her glam, the California native opted for smoky eye makeup and a soft pink lip.

Morrone slipped into the look after sporting a sexy sleeveless leather dress at the brand’s runway presentation earlier on Monday. The celebration was also attended by Kanye West, who wore sparkly thong sandals, Erykah Badu, Gillian Anderson, Lori Harvey and more. (The show was previously scheduled to take place during London Fashion Week but was postponed in the wake of the death of Queen Elizabeth II on September 8.)

Morrone’s Burberry moment comes after what may have been an awkward encounter during Milan Fashion Week with DiCaprio’s new flame, Gigi Hadid. It all went down at the Versace show on Friday, September 23. She was seated in the front row alongside Vanessa Hudgens and Lily James when Hadid, 27, strutted down the catwalk. In images from the event, Morrone appeared to be in good spirits, smiling at photographers. She looked as hot as ever in a sheer corset and loose-fitting trousers. (The women were not seen interacting after the show.)

A source told Us Weekly earlier in September that Hadid and DiCaprio, 47, are officially dating and “have a ton of mutual friends.” The insider added: “Everyone’s happy to see them together, even though it did catch a lot of them off guard.”

The Guest in Residence designer and the Oscar winner sparked romance rumors when they were spotted together at a September 10 New York Fashion Week afterparty.

Us confirmed in August that DiCaprio and Morrone had split after four years together. “[DiCaprio] has been attending events and going on vacations without [Morrone], from the Care Gala to Unicef Gala to Saint Tropez,” a source exclusively revealed. “He has been spending more time hanging out with all his pals like Tobey Maguire and Jamie Foxx.”

The insider also said that although the pair “were very close,” they haven’t been seen together since they were spotted in France in July. The actress, for her part, has been “filming all summer.”