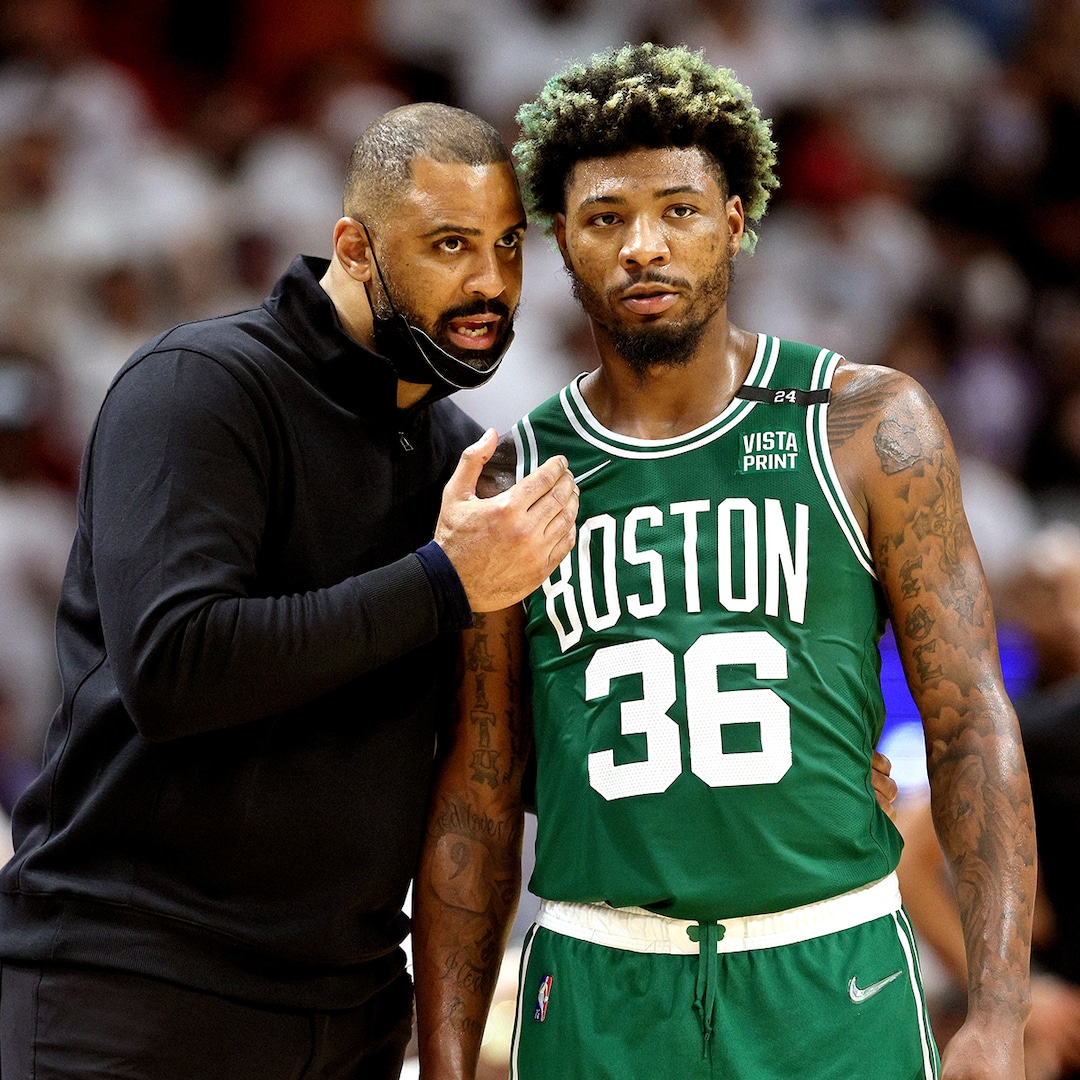 Marcus Smart got candid about the ongoing “hell” that he and the rest of the Boston Celtics have been going through over the past week.

Days after the Celtics suspended head coach Ime Udoka for violating team policies, the guard, 28, spoke to reporters during their media day about how the team has been doing since finding out about their coach’s suspension on social media.

“It’s been hell for us,” Marcus said, per The Athletic reporter Jared Weiss Sept. 26. “It happened in a time that we didn’t have any time to understand everything before media day…we just found out like you guys did, so we’re doing our best to cope.”

Though the team is going through a tough time right now, Marcus said that they’re just trying to manage as they start camp this week.

“Nobody died, so we didn’t lose anything,” the reigning Defensive Player of the Year said. “I still love Ime as a person and as a coach. It’s just something unfortunate that has happened to him. It doesn’t take away anything from him as a coach, from how he turned this team around.”

photos
Celebrity Couples Caught Up in Cheating Scandals: Where Are They Now?

On Sept. 22, the Celtics announced that effective immediately, Ime, 45, would be suspended as head coach for the 2022-2023 season for “violations of team policies.”

While the organization did not elaborate further on what rules were broken, ESPN, citing multiple sources, shared earlier that day that Ime—who is engaged to actress Nia Long—was facing disciplinary action for allegedly having “an intimate relationship with a female member of the franchise’s staff.”

Following the Celtics’ announcement, Ime issued a statement to ESPN reporter Malika Andrews Sept. 22, apologizing to his “players, fans, the entire Celtics organization, and my family for letting them down. I am sorry for putting the team in this difficult situation, and I accept the team’s decision.”

The day after his suspension was declared, Nia—who shares son, Kez, 10, with Ime and is also mom to son Massai, 21, from a previous relationship—released a statement thanking everyone for their support during this difficult time.

“I ask that my privacy be respected as I process the recent events,” the Best Man actress said in a statement to E! News Sept. 23. “Above all, I am a mother and will continue to focus on my children.”