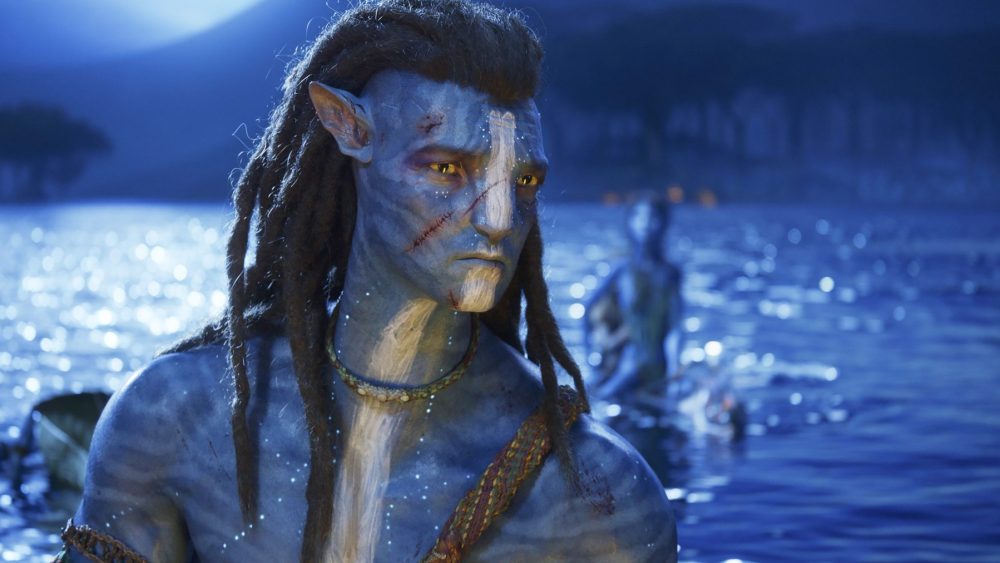 Only James Cameron could get away with having two scenes that reference “Free Willy” (1993) and “Apocalypse Now” (1979) in “Avatar 2” and get away with it.

“Avatar: The Way of Water,” the long-anticipated sequel to James Cameron’s best picture nominee from 2009, descends as the final major awards contender of the calendar year, angling to make a play in all technical categories and for best picture. With breathtaking visual effects and wizardry from his artisans, Cameron’s immersive film experience is a treat for audiences and industry voters.

Critics, journalists and other industry members were treated to the first round of screenings this week which began on Monday across the country. With 3D visuals and presented in high frame rate, it’s impossible not to become engulfed in the world, the same as its predecessor. But also, like its predecessor, if you remove the movie theater experience from the equation, voters could be left as cold as the Na’vi is blue.

“The Way of Water” follows Jake Sully (Sam Worthington) as he lives on the planet of Pandora with his family – his wife Neytiri (Zoe Saldaña) and four children Lo’ak (Britain Dalton), Neteyam (Jamie Flatters), Tuk (Trinity Jo-Li Bliss) and Kiri (Sigourney Weaver, yes, the three-time Oscar-nominated 73-year-old actress). When a familiar threat returns, Jake must work with his family and the army of the Na’vi race to protect and save their planet.

While the new entry is sure to make another truckload of cash, Cameron’s first entry of the saga wasn’t a shoo-in for the Academy recognition, missing out on critical categories like original screenplay. It also lost both sound categories to “The Hurt Locker,” which were expected to be no-brainers. There’s no doubt respect for Cameron in the industry, with his undying love for movies and the boundaries he continues to break in visual storytelling. But it’s important to remember that passion always brings a film further down the long road of awards season, not merely esteem.

Clocking in at a massive 191-minute runtime, “Avatar 2” is sure to appeal to multiple branches, but editing may not be one of them. The film becomes yet another two and a half hour-plus epic in a year that also brought us “Babylon,” “Bardo,” “The Batman,” “Black Panther: Wakanda Forever,” “Blonde,” “Elvis,” “The Fabelmans,” “RRR” and “Tár” – driving home the new mantra that two hours-plus has become the new 90 minutes in Hollywood.  An interesting note is that in the decade of the 2010s, only two major studios released movies over three hours long. There are three in 2022 alone.

Not all of those features earn their runtimes, and neither does “Avatar 2.” There’s a difference between doing something because it will look fabulous on the movie screen and doing it because the narrative requires it. This is why the film won’t get an adapted screenplay nomination: it seems to set a new record for characters getting captured and re-captured in one sitting, ripping bits from “Star Wars: The Force Awakens.”

Production design and visual effects have had a close relationship in the last decade of Oscar winners, the same way film editing and sound have found a connective kinship. As a result, those four categories seem like slam dunk nominations for “The Way of Water.”

The underwater sequences are dynamically shot by D.P. Russell Carpenter, who’s worked with Cameron on five of his nine feature films, including the Oscar-winning “Titanic” (1997). Of course, other big names are vying for attention from the Academy. It may not come as easily as when Mauro Fiore cake-walked away with the statuette for the first “Avatar” movie, but he stands a solid chance of landing only his second career nom.

“Avatar 2” will face significant competition from other contenders vying to be the “people’s choice” in a competitive best picture race full of box office sensations and audience-friendly movies. Those include its Disney parent company counterpart under Marvel Studios, “Black Panther: Wakanda Forever.” But most notable of the box office hits is Paramount Pictures’ “Top Gun: Maverick” from director Joseph Kosinski. This film will give the 20th Century Studios flick a run for its money in the tech races.

The race juxtaposes these two films – one that (yet again) redefines effects-driven movies and how those stories can be told moving forward in cinema; the other which utilizes the brilliance of practical effects that, to the naked eye, are far simpler than how it uses CGI and builds large set pieces. As a result, “Avatar 2” could face head-to-head Oscar combat with “Top Gun: Maverick” in almost every artisan category in which they will likely be nominated.

The best director category has a few auteurs and beloved figures such as Steven Spielberg (“The Fabelmans”). The Oscar-winning Cameron has Hollywood’s respect, which could carry him further than any others. He’s far from a lock, but very much in the conversation.

It’s hard to call “Avatar: The Way of Water” a sure thing in best picture, despite the social media praise. Eight sequels have been nominated for best picture in 94 years. In addition to “Avatar 2″ and “Wakanda Forever” and “Maverick,” there’s Netflix’s “Glass Onion” to consider.

In revisiting the Oscar season where 2009’s “Avatar” succumbed to the history-making war feature “The Hurt Locker” from the first woman director winner Kathryn Bigelow, it’s far too simple to assume the next entry would repeat its nine-nomination showing with the Academy. That season was the Oscars’ first year expanding its best picture lineup from five to 10 nominees. As a result, Cameron’s action epic, which walked away with three statuettes – production design, cinematography and visual effects – was able to own the space as the populist movie and the highest-grossing film of all time. The other commercially-successful favorites among the nominees were “District 9” and the surprising “The Blind Side.”

Nonetheless, if “Superman” (1978) made people believe a man could fly, “Avatar 2” would make you feel sure that blue people live underwater. So the Academy will certainly nibble on the sci-fi epic, and perhaps even take a huge bite.

To see the current rankings for each individual category, visit Variety’s Oscars Hub. The first set of SAG Awards predictions for film has also been revealed.