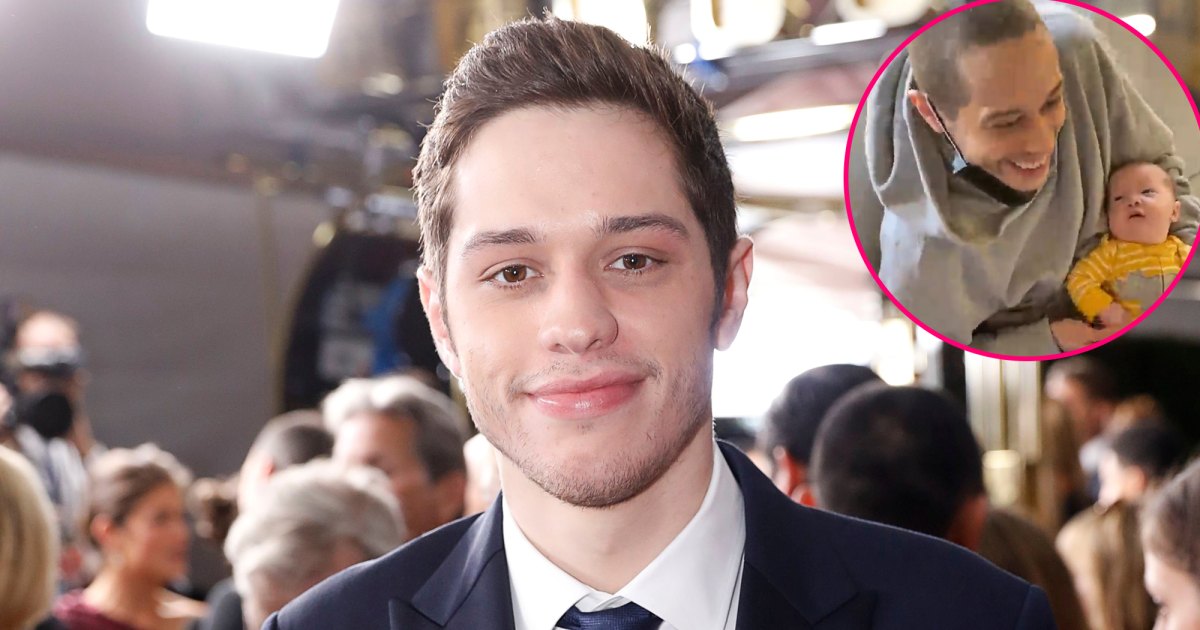 Playdate time! In the weeks since Olivia Munn and John Mulaney welcomed son Malcolm, their little one has been getting to know his parents’ famous friends. Next up: Pete Davidson.

“Uncle Pete!” the former Saturday Night Live writer, 39, captioned an Instagram Story snap of the SNL star, 28, holding the newborn, 2 months, on Friday, January 28. In the photo, Davidson smiled as he cradled Mulaney’s bundle of joy. Mulaney set the Story to the “F.U.N. Song” from SpongeBob SquarePants.

Malcolm, for his part, wore a striped, yellow onesie and smiled, looking up at the New York native. Davidson donned a gray hoodie, blue sweatpants and black face mask to meet Malcolm.

“Aww, yeah, babies are all head,” the King of Staten Island star joked to his fellow comedian in a second slide.

Meeting Davidson has not been Malcolm’s first celebrity encounter. One day earlier, he had a special playdate with Henry Golding and Liv Lo’s daughter Lyla.

While the fitness trainer and the 34-year-old Crazy Rich Asians star welcomed their baby girl in March 2021, Munn and Mulaney became parents months later in November 2021.

“Meet Malcolm Hiệp Mulaney. He has his whole life ahead of him,” the Illinois native introduced his son via Instagram in December 2021, nearly one month after Munn gave birth. “He hasn’t even tried seltzer yet. I’m very in love with him and his whole deal. Happy Holidays.”

The Violet actress and Mulaney first went public with their romance in May 2021 amid his divorce from ex-wife Anna Marie Tendler. (Their case was finalized on January 6.) Since then, the new parents’ relationship has grown.

“She and John are both very in love with their baby boy,” an insider exclusively told Us Weekly earlier this month. “All seems to be going great with John. She’s usually more private about her relationship but now she’s sharing more pics. It’s an exciting time.”

Mulaney and Davidson, for their parts, have been close friends throughout the years, first bonding during their mutual SNL tenure.

“I’ve been spending time with Pete to try to show him that you can have a life in comedy that is not insane — a sober, domestic life,” the John Mulaney and the Sack Lunch Bunch alum revealed on SNL‘s “Weekend Update” in January 2019. “Pete, look at me. You are loved by many, and we are glad you are OK.”

Know a Coffee Aficionado? Gift Them a Coffee Subscription for the Holidays