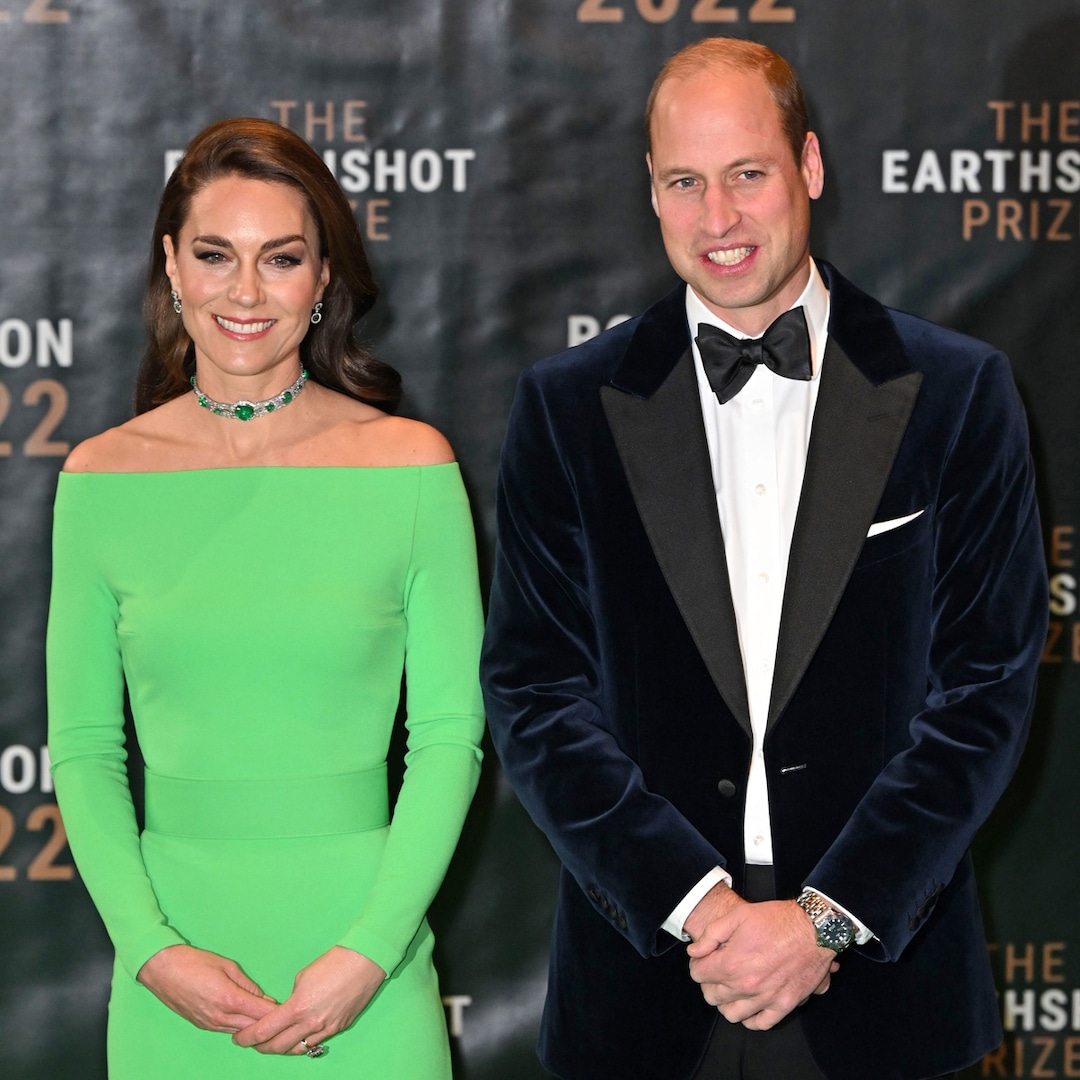 Hollywood is rallying together for an important cause.

On Dec. 2, Prince William and Kate Middleton attended the 2022 Earthshot Prize ceremony—an award created by the Prince of Wales to celebrate honorees that work in environmental change—at the MGM Music Hall at Fenway in Boston, Mass. Among those joining the royals to support the cause included Shailene Woodley, Ellie Goulding, Chloe X Halle, David Beckham and Rami Malek.

On the red carpet, Kate wowed in a green Solace London gown from rental site HURR, completing the look with an emerald choker belonging to Princess Diana, according to a Kensington Palace spokesperson. William was by her side in a classic black tux for the ceremony.

Ahead of the celebratory event, Prince William opened up about the inspiration behind his creation, sharing that President John F. Kennedy‘s 1961 goal of landing on the Moon within a decade served as a guiding force.

“We face a challenge as seemingly insurmountable as putting a person on the moon: reversing the damage that has been done to our planet,” he wrote in a Dec. 2 personal essay penned for Huffington Post. “And putting ourselves on a path toward a more sustainable future.”

He continued, “That’s why I created The Earthshot Prize. Inspired by President Kennedy’s Moonshot, this global environmental prize scours the planet to discover, celebrate and scale ground-breaking solutions to the greatest challenges our planet faces.”

As William explained, every year the ceremony will “award the best solutions in five ‘Earthshot’ categories with over $1 million of funding for each awardee to expand their work.”

“Repairing our planet is not going to be easy,” he continued. “But the case for taking action to protect our natural world is undeniable.

Read on to see every star that joined the Prince and Princess of Wales for the prestigious evening: