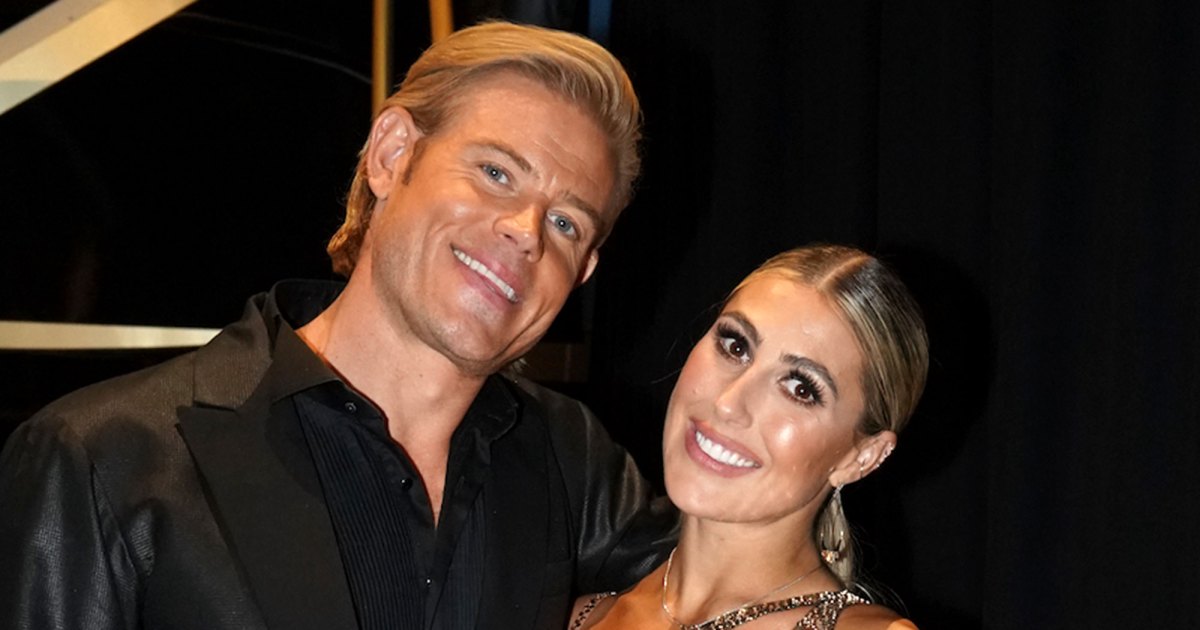 The perfect match. While reflecting on their performance during Dancing With the Stars‘ James Bond-themed night, Emma Slater gave a special shout-out to her partner, Trevor Donovan.

“I think it’s so easy to be myself with Trevor,” the professional dancer, 33, told Us Weekly and other reporters after the Monday, October 3, episode, before asking if the actor, 41, felt the same way.

Donovan, for his part, offered a glimpse at their dynamic, saying, “We have a very familiar and light chemistry. It’s a fun thing. It can show up as passion on the dance floor, but we’re just having fun. We have fun every day we rehearse even when she’s about to explode because I’m doing things wrong that I used to do right.”

The 90210 alum continued: “But it’s the levity and the lightness of our friendship and stuff, I think, that really translates to the dance. So we’re just 100 percent comfortable with each other.”

Slater noted that the duo approach each episode as a new challenge. “You have to get into the character and you’ve gotta make it believable,” she shared. “You have to live it and feel it yourself. And I think we are both emotional feeling type of people and so it’s easy.”

During their performance on Monday, Donovan and Slater earned a 27 out of 40 for their tango to Chris Cornell’s “You Know My Name.” Judge Carrie Ann Inaba later praised the pair for their dedication to the dance.

“What was really most impressive to me [was] the focus you had on Emma,” Inaba, 54, told Donovan and Slater. “I could have dove, [or] rolled in between you and you wouldn’t have even noticed. I think that’s so powerful and what’s creating something so special between you guys. There’s incredible chemistry between you, obviously, but well danced.”

The choreographer and the Hallmark star’s onscreen chemistry has been a topic of conversation since their debut during season 31 of DWTS. After performing a rumba for Elvis week, cohost Alfonso Ribeiro put the twosome on the spot when he asked if their acting skills were “real” on the dance floor.

“If you’re really doing a good job acting, it all comes from the truth so there’s something real in every performance,” the Love, Lost & Found star said in response late last month after scoring a 30/40 with Slater.

The Australia native later revealed she “couldn’t believe” they were asked that on stage. “I was like, ‘That question! Like, wow, just out the blue.’ But I think Trevor’s right, like, and we’ve spoken about this too — and by the way, we genuinely get on really well, like, rehearsals go so quick,” she told Us. “We really do get on and have great chemistry, which made this dance so much easier. But then when Alfonso asked that question, I was so glad you answered because I was like, ‘I can’t.’”

Ahead of season 31, Us broke the news that Slater and fellow DWTS pro Sasha Farber ended their marriage after four years. Meanwhile, Donovan has previously stayed tight-lipped about his personal life.

Dancing With the Stars airs on Disney+ Mondays at 8 p.m. ET. For more from Slater and Donovan, watch the video above.