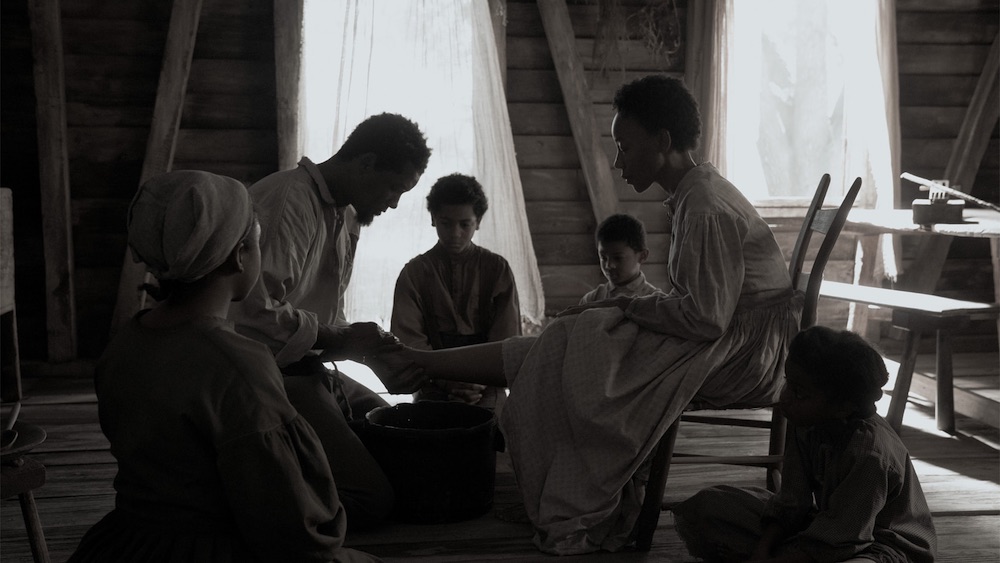 More than 150 years since the end of the Civil War, slavery remains the scar that just won’t heal in the United States. Recognizing that, Antoine Fuqua’s “Emancipation” is a bracing and still-necessary attempt to face this painful legacy head-on, inspired by perhaps the single most powerful image we have of a once-enslaved person: the 1863 portrait of “Whipped Peter,” whose lacerated back served as shocking proof of unconscionable mistreatment by his white “masters.” That photograph, widely circulated during the Civil War, forced the world to confront the cruelty of this system — much as Fuqua himself does with this unflinching account of a free man’s escape … and the society that conspired to keep him in chains.

Anchored by an ultra-focused and unusually low-key Will Smith as Peter, “Emancipation” can be an intense and at times almost unbearable thing to watch, presented in meticulously composed, nearly black-and-white frames, desaturated to the point of Civil War photographer Matthew Brady’s grim battlefield tableaux. Seeing Black men chained and beaten, their limbs ripped apart by dogs, and any kind of resistance met with a bullet to the head or back will have audiences covering their eyes, sobbing or both.

It’s no secret that Smith turned down the lead role in “Django Unchained.” Here, he and Fuqua approach the subject of slavery with the same care Hollywood typically brings to Holocaust stories. In “Emancipation,” there’s an educational element to the experience, and the tone seems appropriately sober. But the dramatic engine is that of a lean, mean manhunt movie.

Infamous as the photo of Peter may be, precious little is known about the man it depicts (even his name appears to be a source of confusion in some accounts). This gives Fuqua and screenwriter William N. Collage license to fill in what’s been lost to history with elements that scholars do know about other slaves. For example, in the movie, instead of escaping from a Louisiana plantation — as the real-life Peter reportedly did — the character is torn away from his wife Dodienne (Charmaine Bingwa) and kids and forced to work on a Confederate railroad.

Smith plays Peter as a man of faith, penitent to his god, but defiant of men. He speaks French with his family and heavily accented English to all others. Most of the time, Peter keeps silent, which puts the burden on Smith (who’s more than capable) to convey what this man wants: freedom for his family, respect for himself, justice for his tormentors — despicable men like Fassel (Ben Foster), who sees his job of tracking runaways like some kind of sport.

At the railroad work camp, Fuqua shows Peter and the other slaves forced to walk in chains, stored in wooden pens and served food not fit for human consumption. One moment, Peter’s told to lower his eyes; the next, he’s reprimanded for not looking up when commanded. In the background, a soldier executes one of his fellow laborer. When another collapses at Peter’s feet, he’s ordered to carry the corpse to a mass grave and shovel lime over the bodies.

By this time, we’ve seen enough to take Fuqua’s point: Whatever you’ve heard about slavery can’t compare to witnessing it. For many, until they’ve seen the brutality for themselves, slavery remains an abstract concept — something taught in schools but not fully processed. “Emancipation” corrects that, putting searing images to what Peter and millions of other enslaved people endured. But it is also an adventure-style survival saga, and on that level, the movie seems reluctant to entertain at times, despite a host of B-movie contrivances.

From “Training Day” to “The Magnificent Seven,” Fuqua has given great actors larger-than-life characters to sink their teeth into, but this project calls for a different strategy. Instead of going big, Smith (fresh off his Oscar win, but still reeling from the Slap) and Foster approach their roles with a less-is-more attitude. As a result, both Peter — who overhears news of the Emancipation Proclamation and sets out for Baton Rouge, where the Union Army has taken the port — and hot-on-the-trail Fassel feel realistic, but oddly lacking in dimension.

At the top, “Emancipation” reminds audiences that Abraham Lincoln freed the slaves in “the rebellious states” on Jan. 1, 1863. The Civil War had been underway for almost two years by that point, and his declaration did nothing for enslaved men in the Union or border states. But it marked the beginning of the end of this abhorrent institution.

Fuqua tells the story of one man who didn’t wait for Lincoln’s Army to reach him before claiming his own freedom — a man who, though he wanted nothing more than to be reunited with his wife and children, was willing to don a uniform and fight so that they might be emancipated as well. (While Peter gets by on his wits, Dodienne remains stuck on the plantation. Bingwa brings quiet strength to those scenes, culminating in an awful sacrifice.) This family dynamic, plus moments of prayer, are likely the screenwriter’s invention. But it’s true that Peter fought in several battles, which explains the film’s long last stretch: Even after Peter wrestles an alligator, outwits Fassel’s tracking dogs (by masking his scent with fresh onions) and rescues a Black child from a burning building, “Emancipation” still has another half-hour to go.

Until now, DP Robert Richardson’s widescreen cinematography has been nothing short of remarkable, tracking through meticulously staged tableaux: Capt. Lyons’ plantation, the railroad worksite, the leech-infested bayou, the naval battle of Baton Rouge. With the colors dialed down almost to monochrome, Fuqua occasionally blurs the line between skin color (some of the villains are ex-slaves themselves), but tints blood and fire blazing red.

It’s stunning to watch, but nothing compared with the Civil War sequence that caps the film. Narratively, this protracted finale stops Peter’s mission cold in its tracks: How will he reach Dodienne if he dies on the front? But philosophically, it makes an all-important statement: For Peter, personal freedom was only the beginning. This hero — rendered immortal by that photo but representative of thousands forgotten by history — was committed to putting an end to the system that had brutalized him so. When Smith finally bares the character’s back for the camera, most of us know what to expect, but that doesn’t mean we’re prepared for the sight. “Emancipation” challenges us to look again, at that constellation of lashes, but also at every other blow against human dignity the film depicts.