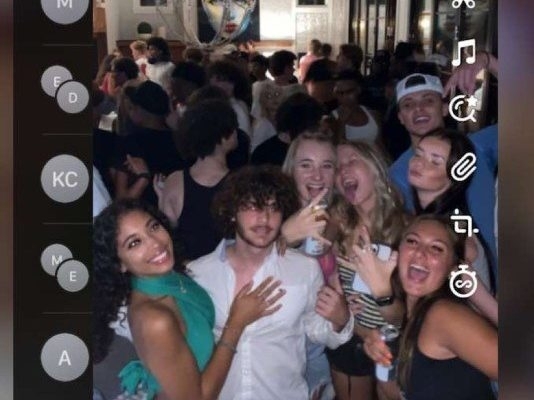 Florida teen partiers who busted into an $8-million mansion for a wild bash found themselves busted — by police.

The teenagers posted photos of the unauthorized weekend rager from the Watercolor, Fla., home on various social media platforms, where the underage attendees drank booze, blasted loud music and even set up an impromptu boxing match.

Police were called early Saturday about a noise complaint, according to the Walton County Sheriff’s Office.

When deputies arrives, most of the partygoers had fled the scene but law enforcement were alerted to videos from the illegal gathering posted on Snapchat, Instagram and other social media platforms including how a boxing match was set up in the main foyer.

It is also believed many items were stolen from the home including sports memorabilia and a video game console, the sheriff’s office spokesperson Corey Dobridnia.

“It could take this family weeks to figure out what’s missing,” Dobridnia told the New York Post. “It’s going to be difficult for them to know exactly what was taken.”

Some of the teens were identified by their parents, school resource officers or other local sheriff offices, she said, though no arrests have yet been made.

“You may think it is if you are a teenager or someone in their early 20s and you are not yet worldly,” the shaming post continued. “Your friends will snitch. Word gets out. You’ll be tagged in pics on the Gram. Also, we can subpoena Snapchat.”

The sheriff’s office blasted the entitled teens and anyone who thinks this was just about “kids being kids.”

“Before making an excuse for these kids, ask why they felt they could do this in the first place.”