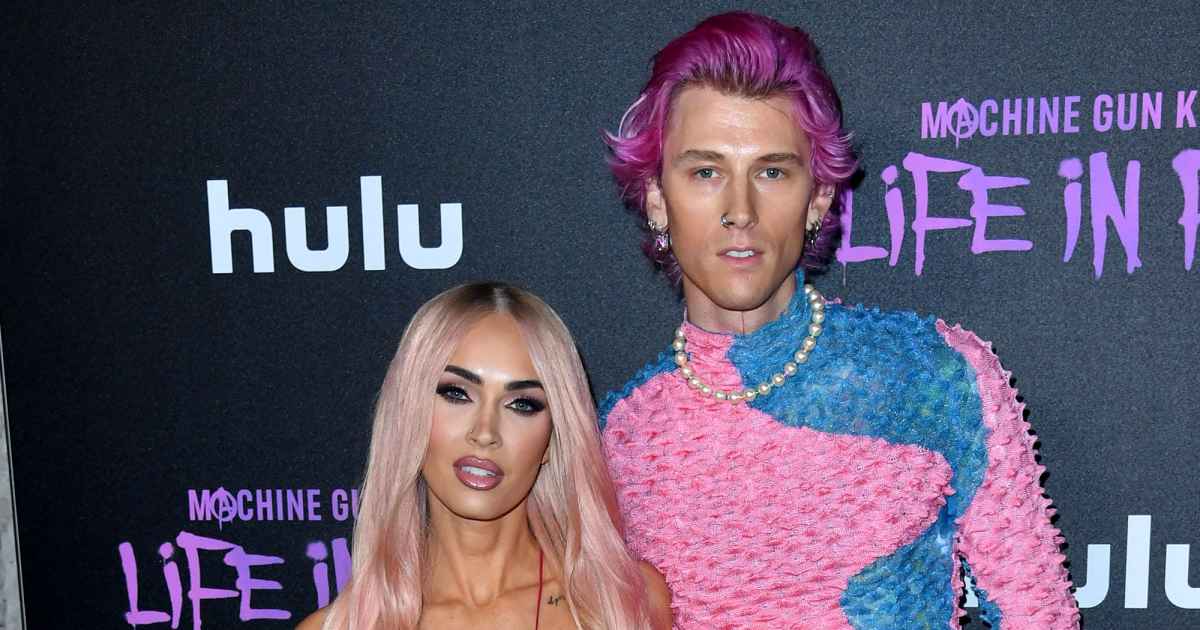 No such thing as TMI. Megan Fox wanted to learn as much as possible about Machine Gun Kelly when they started dating — and no question was off limits.

The 36-year-old Transformers actress recalled one of the earliest conversations she had with the 32-year-old musician, revealing during a recent interview with E! News that she asked her beau, “Were you breastfed by your mother?”

Fox explained on the red carpet of Kelly’s Life in Pink documentary that she thought it was a “great question” to pose while getting to know someone. “It has a lot to do with your psychology and your temperament,” the Tennessee native added. “So I ask things like that.”

The Jennifer’s Body star wanted to “go deep right away” in the early days of her romance with the “Bloody Valentine” artist. “If you know me and I know you, it’s impossible for me to not know almost everything about you,” she said.

The twosome got engaged in January, nearly two years after falling in love on the set of Midnight in the Switchgrass. At the time, a source exclusively told Us Weekly that Fox “had no idea” the proposal was coming. “The two performed a ritual involving their blood to symbolize the two of them becoming one,” the insider added. “They want to throw a wedding that really defines them, it will be one not to miss.”

One month later, Fox reached a divorce settlement with ex-husband Brian Austin Green. The former couple, who share children Noah, 9, Bodhi, 8, and Journey, 5, broke up and reconciled multiple times during their 14-year relationship. Green, 48, moved on with Sharna Burgess after confirming his spilt from Fox in May 2020. The Anger Management actor and the Dancing With the Stars pro, 37, welcomed son Zane on June 28.

Throughout their relationship, Fox and the Bird Box star haven’t shied away from packing on the PDA — or sharing intimate details about their love story. Kelly recently raised eyebrows when he revealed that he called the Hope & Faith alum during a suicide attempt.

Kelly said he “f–king snapped” and called his then-girlfriend. “I was like, ‘You aren’t here for me.’ I’m in my room and I’m, like, freaking out on her,” he continued. “Dude, I put the shotgun in my mouth. And I’m yelling on the phone and, like, the barrel’s in my mouth. And I go to cock the shotgun and the bullet, as it comes back up, the shell just gets jammed. Megan’s, like, dead silent.”

The pair’s unconventional romance has fascinated fans, but Fox was quick to shut down rumors that she and the “Emo Girl” artist already tied the knot in secret after he called her his wife. “No [we aren’t married],” the actress told Entertainment Tonight last month. “We don’t know what’s happening. He’s on tour this year, [so] when it needs to happen the universe will open up and give us the space to do that.”