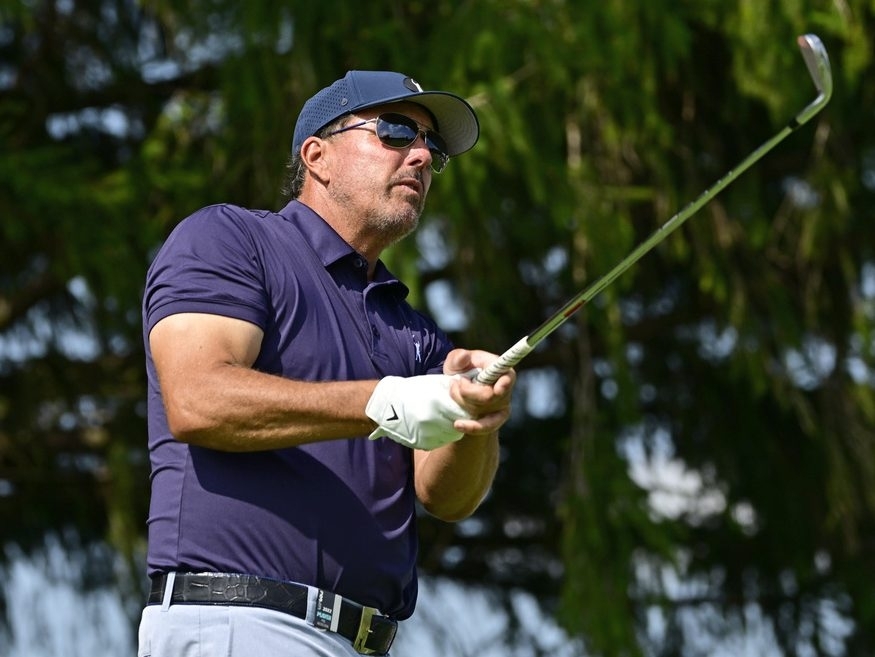 Phil Mickelson and three other golfers have asked to be dismissed as plaintiffs in LIV Golf’s federal antitrust lawsuit against the PGA Tour.

Mickelson, Talor Gooch, Ian Poulter and Hudson Swafford filed a notice of voluntary dismissal Tuesday asking to be removed from the case.

Earlier this month, Mickelson told reporters it was no longer necessary for him to be attached to the suit once LIV Golf joined the complaint as a plaintiff on Aug. 27.

Eleven members of LIV Golf originally came together to bring the suit against the PGA Tour in August. They sought to challenge their suspension from the PGA Tour for participating in the first LIV event without the tour’s consent.

“Nothing has changed,” LIV Golf spokesman Jonathan Grella said in a statement on Tuesday. “The merits of the case — the PGA Tour’s anti-competitive conduct — still stand and will be fully tested in court. And we look forward to that. LIV stands with the players whom the PGA Tour has treated so poorly, but we also recognize that to be successful, we no longer need a wide array of players to be on the suit. We have our players’ backs and will press our case against the PGA Tour’s anti-competitive behaviour.”