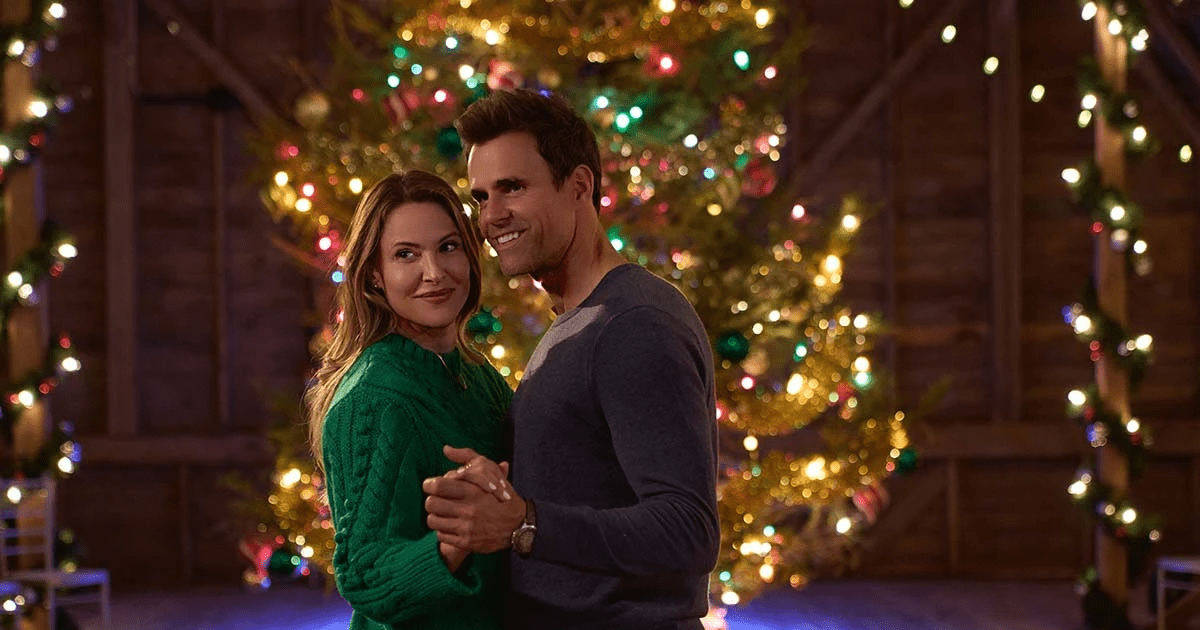 The network, which has been competing with Hallmark Media since its 2021 launch, has slowly rolled out its festive movie slate since mid-2022. In June, Us Weekly shared an exclusive first look at Great American Family’s A Merry Christmas Wish, which will premiere later this year.

The holiday film stars Cameron Mathison (as Dylan) and Jill Wagner (as Janie), both of whom had long careers with Hallmark Channel before teaming up for this 2022 Christmas story. “I play Dylan. I think people are going to love Dylan mostly because he loves Christmas,” Mathison said in Us’ exclusive behind-the-scenes look of the charming tale.

The former Home and Family cohost also gushed about why fans will enjoy Wagner’s character, saying, “Because you make her so authentic and likable and sweet and sensitive and also at the same time, conflicted.”

In the movie, Janie returns to her small hometown of Woodland Falls after her great uncle’s death. Much to her surprise, her uncle left her his farm and, in his will, asked that she host the annual Winter Wonderland festival, noting that farmhand Dylan, who is obsessed with Christmas, will be there to help.

A Merry Christmas Wish will be one of many new films featured in the Great American Christmas programming, which kicks off on Saturday, October 21. Some of the other new movies — which will premiere every Saturday and Sunday up until Christmas — include Candace Cameron Bure’s A Christmas … Present and Jen Lilley’s Stay for Christmas.

Cameron Bure’s Great American Family film will be her first project for the network since announcing in April that she had signed an exclusive deal with the company. The former queen of Hallmark Christmas movies is one of many stars who has followed former Hallmark CEO Bill Abbott to the fresh network in recent months.

“Candy Rock Entertainment’s mission is to bring to life compelling stories that the entire family can enjoy while feeling a sense of togetherness and connection,” the Full House alum said in a September press release while announcing her first holiday film for the brand. “I’m so proud of the first of these projects because they are exactly that.”