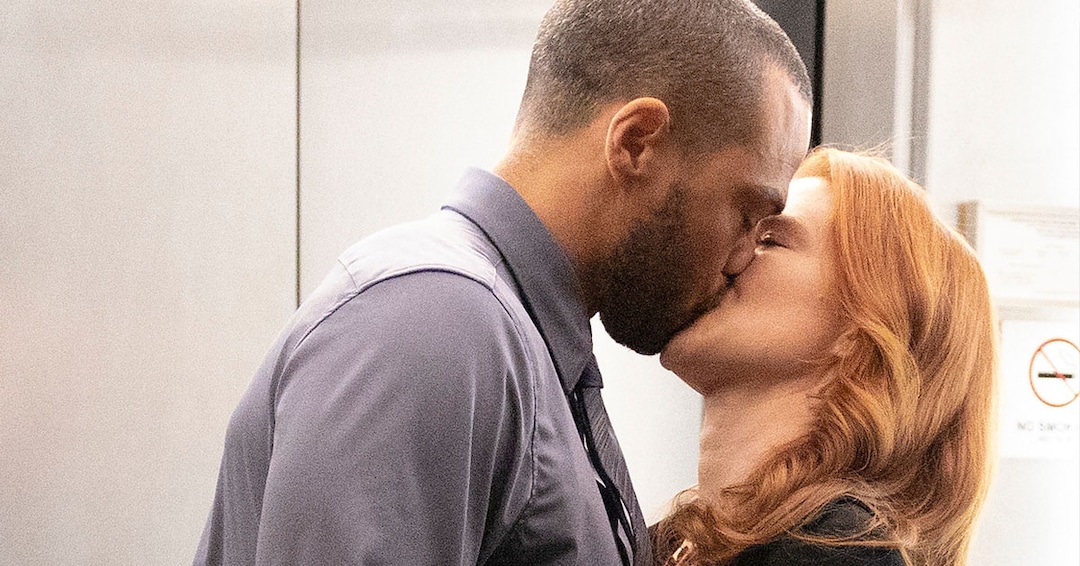 The May 26 season finale of Grey’s Anatomy was filled with enough drama and upheaval to make even the best surgeon’s head spin, but it left fans with at least one lasting piece of good news: Jackson and April have rekindled their romance.

We knew that Jackson (Jesse Williams) and April (Sarah Drew) would be returning for the big episode, but we didn’t know the state of their relationship. When we last saw Japril in season 17, they had moved to Boston so Jackson could run the Catherine Fox Foundation and April could be close to their daughter, though they remained separated.

After Jackson returned in an attempt to save the Grey Sloan Memorial Hospital’s teaching program, he and April shared an elevator kiss in the finale’s fleeting moments—and we finally got the answer. We believe in love again!

Despite our sheer relief that Jackson and April have made it work in Beantown, it’s best not to get too excited about seeing them around moving forward—at least not full-time.

photos
Grey’s Anatomy‘s Departed Doctors: Where Are They Now?

“It definitely leaves open the possibility that you might be checking in with them,” Sarah told Deadline. “After the script was released, I had texts flying in from cast and crew asking if I was coming back next year because of how the episode ends. But as of now that is not on the table.”

We’ll take what we can get.

Full-time returns to Grey’s seemed unlikely anyway, as Jesse and Sarah have plenty on their plates. Jesse was recently nominated for a Tony Award for his performance in Take Me Out, which has also seen its share of controversy. Meanwhile, Sarah is set to star alongside Bonnie Hunt in Amber Brown, premiering later this year on Apple TV+.

Whether we see them again or not, we’re just happy with the knowledge that Jackson and April are out there enjoying clam chowder together and whatever else people do in Boston. Japril forever!

For more of the best romances in Grey’s history, keep reading.

Behind the scenes drama? What do I watch next? Click here to get all the TV scoop straight in your inbox.