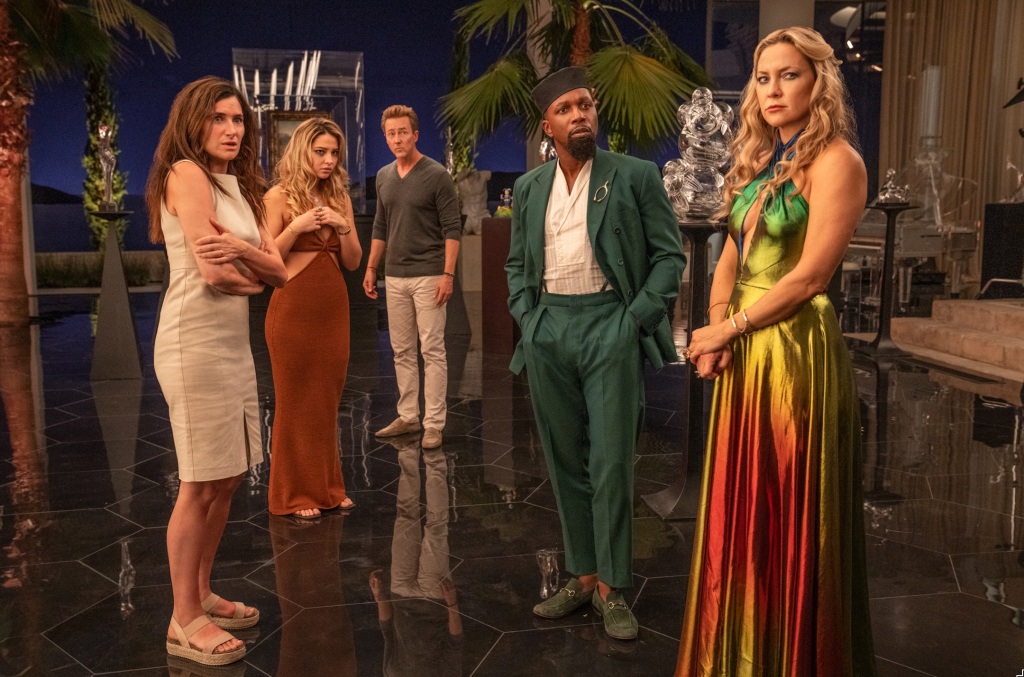 Don’t expect any drive-in screenings, virtual screenings, mask mandates or reduced capacity theaters at the 30th annual Hamptons Intl. Film Festival. This year’s edition will look and feel as it did way back in 2019.

The Long Island-based fest, which runs Oct. 7-16, will screen 69 feature films and 51 shorts that are 54% female-directed and represent 34 countries from around the world.

Also back at HIFF are a bevy of fancy cocktail hours and the fest’s Rowdy Talks series, which will include a conversation with director, screenwriter and producer Chris Columbus.

New this year? The festival will run over 10 days.

“Last year, we were seven days instead of our typical five,” says HIFF artistic director David Nugent. “We did that to see if people would be interested in coming to see films midweek and they were, so we decided to expand.”

One thing that will not feel different this year is the fest’s core — its content and the unspooling of award season’s buzziest film.

HIFF 2022 will offer audiences a sneak peek at some of the most eagerly awaited titles of the year so far, including Darren Aronofsky’s “The Whale,” Sarah Polley’s “Women Talking,” Sam Mendes’ “Empire of Light,” Michael Grandage’s “My Policeman,” Laura Poitras’ “All the Beauty and the Bloodshed,” Rian Johnson’s “Glass Onion: A Knives Out Mystery,” Florian Zeller’s “The Son,” and “Decision to Leave,” directed Park Chan-wook.

Nugent has a gift for selecting films that strike a chord. A HIFF screener has won the best picture Academy Award in 11 of the past 12 years. “We try to screen what we think are the strongest films each year, and much to our delight, a lot of times, they’ve gone on to win the best picture Oscar,” says Nugent, who admits that studios and filmmakers alike view HIFF as a key stop on the award
season campaign.

“The fact that we are in a part of the United States, which is very much an enclave for a unique group of highly influential people, whether it’s publishers, editors, curators, but also a lot of Academy members, is appealing,” he says. “I think it’s one of the reasons that a lot of filmmakers, studios and distributors are interested in having us play their film here.”

While Nugent acknowledges that HIFF is not known as a place to discover films, several movies are making world premieres at the fest, including Austin and Meredith Bragg’s “Pinball: The Man Who Saved the Game,” Xavier Manrique’s “Who Invited Charlie?,” Jules and Gédéon Naudet’s “January 6th,” Ricki Stern’s “A Radical Life,” Robert S. Bader’s “Groucho & Cavett” and Rory Kennedy’s “The Volcano: Rescue From Whakaari.”

“The Hamptons team has cultivated an audience of documentary enthusiasts who come out for all types of great stories and films,” says Kennedy. “We couldn’t be more thrilled to continue our long-standing relationship with the festival for the world premiere of ‘The Volcano: Rescue From Whakaari.’”

In addition to screening films, HIFF will honor actor Mariska Hargitay with the 2022 Dick Cavett Artistic Champion Award, and host a panel discussion with nonfiction filmmakers about documenting democracy. Additionally, there will be a screening of Apple TV+ documentary series “Gutsy,” followed by an “A Conversation With …” discussion with the show’s host and executive producer, Chelsea Clinton (Hillary Clinton co-hosts the series with her daughter).

While HIFF has previously included television and documentary series in its lineup, Nugent says it’s rare.

“We thought ‘Gutsy’ would be of interest to our audience, but its inclusion is not suggestive of a move towards getting into doing a series section,” he says.

Illinois police save drowning child in icy pond, mother says she thought her son ‘was not going to be here’

Got your eye on a dehumidifier deal? This compact model is portable too

Man, 28, is hoisted out of the Gulf of Mexico after 15 HOURS when he fell off Carnival Cruise

‘The Son’ Movie Review: Florian Zeller’s Drama Indeed Falls Far From the Tree of ‘The Father’

‘The Son’ Movie Review: Florian Zeller’s Drama Indeed Falls Far From the Tree of ‘The Father’

Royal Expert Claims Meghan Markle ‘Brought Out the Most Evil Side’ of Prince Harry: ‘It’s Shameful’