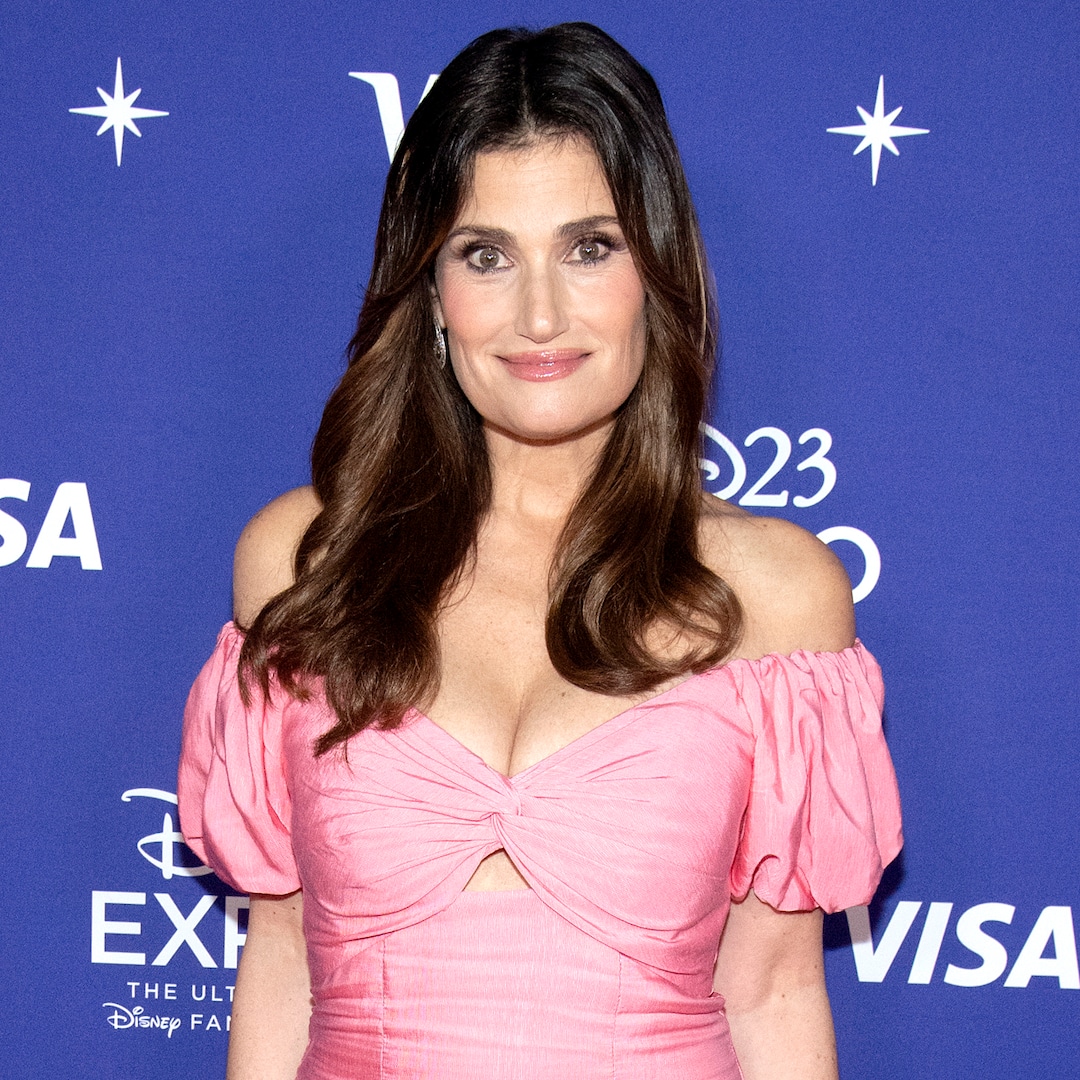 Watch: Idina Menzel on Children’s Book With Sister: “It Brought Me to Tears”

Idina Menzel has a voice and she’s not afraid to use it.

On the big screen, the actress has brought magic to fans thanks to her performance as Elsa in Disney’s Frozen. But long before becoming a huge star and Tony award winner, Idina worried her gift of singing would be too much for some.

“When I was a little girl, I grappled with the idea that I had something special and a gift to share, but was afraid of what sharing that would do in my life,” Idina exclusively shared with E! News. “Would it invite scrutiny? Would people think that I was trying to take up too much space or trying to show off? I still grapple with it today.”

The emotions helped inspire the new children’s book Loud Mouse, which she wrote with her older sister Cara Mentzel.

In the lyrical picture book, a little mouse finds her big voice with the help of her supportive sister. While it’s a children’s book, Idina notes it’s a story that aims to inspire people of all ages.

“We’re just really hesitant to step into our own light and to allow ourselves to be our best selves,” the Enchanted actress said. “I wanted to explore those themes and I knew that my sister was a better writer than me and she’s a teacher…so I knew that she could bring a perspective to the book that was really needed.”

When Cara first heard the idea, she immediately knew her sister was onto something special. And much like Idina’s one-time hesitation to use her voice, Cara wondered if she could really write her own book. To have her own piece of literature officially out today is beyond her wildest imagination.

Whether its teachers introducing Loud Mouse to students or parents reading the book at bedtime, the authors have a simple message that they hope all readers won’t let go of.

“Be your biggest, best version of yourself,” Cara said. “Whatever that is and whatever that looks like.”

Idina added, “I just think that we’re doing a disservice to ourselves and to the world when we withhold our gifts. You don’t have to be a great singer and you don’t have to know what you want to do from the time you’re a little 8-year-old mouse. You just have to keep searching and doing what you love and what makes you feel good.”

Loud Mouse is available in bookstores now and listen to Idina’s “The Louse Mouse Song” now.

Sign up for E! Insider Shop to get updates on the biggest sales and must-have products!