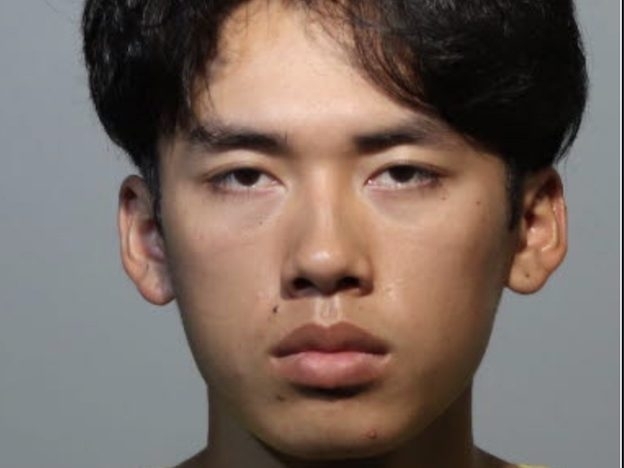 Yang told police he ‘held her hand’ for what he estimates to be approximately 10 minutes, until she died.”

Xichen Yang told shocked detectives he could feel himself “getting more and more angry” with his wife, Nhu Quynh Pham.

And then he slit her throat, put on her favourite song, and held her hand as life ebbed out of her in a tub at their Florida home.

Yang, 21, is now charged with first-degree murder and tampering with evidence.

Upon entering , they were met by the grisly sight of Pham lying in a “pool of blood” in the tub where her husband allegedly left her.

“Pham had a deep laceration to the left side of her neck which had blood running down from it,” the police report said, adding, “her stomach was also pooled with blood.”

Pham was pronounced dead at the scene where the suspect allegedly used a pair of pink rubber gloves and cleaning disinfectant to cover his tracks. Yang was out when cops arrived but was arrested a short time later.

He allegedly told investigators he “could feel himself getting more and more angry … and that he could have stopped short of killing her.”

But the accused killer said he didn’t stop the massacre because “that was ‘not how he was raised” and that he is the type of person who always “goes all the way.”

The police report added: “He placed Pham in the bathroom tub, ‘played her favourite music’ and ‘held her hand’ for what he estimates to be approximately 10 minutes, until she died.”

Instead, homicide detectives say Yang began wiping his wife’s blood off the walls and floors.

Yang’s boss at a pool maintenance company told cops he skipped work because “Yang said he was upset with his wife, Pham, because she had burned his passport.”

The boss called Yang irresponsible. He had previously been busted on domestic violence charges.

“Yang went on to tell him (his boss) that he had actually done ‘unspeakable’ things and that he killed his wife,” cops wrote. His boss then called police.