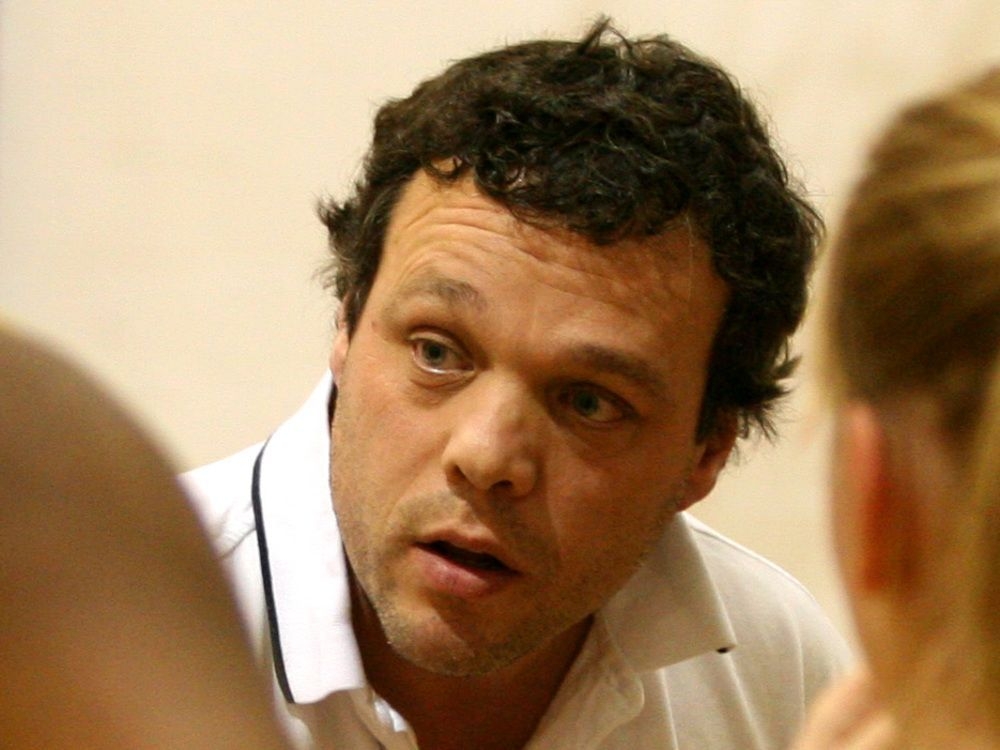 When the young girls at St. Matthew Catholic High School wanted help in math class, disgraced teacher Rick Despatie, 58, had them sit next to his desk only to subject them to unwanted touching — from rubbing thighs up to the edge of their uniform skirts, to back rubs and even a creepy attempt at footsies.

This account of a teacher treating 13-year-old students as sexual objects in class was revealed in a teen’s police interview shown in court on Monday at Despatie’s sex-crimes trial. The longtime teacher and celebrated basketball coach is on trial for 14 alleged sex crimes against four girls.

In the police interview, the 13-year-old girl said she had heard bad stories about Despatie but then it happened to her and she felt scared. The first time she felt uncomfortable was when she handed in a test at his desk. He kept staring at the girl’s chest, then up at her face, she said.

“I felt scared,” she told the detective.

After class, she told a friend about it and her friend told her “I just got used to it.”

The brave girl told her friend she should never have to get used to that, of all things.

The girl detailed unwanted touching by a position in trust at a school — of all places — and said Despatie once tried to play “footsies” with her. She tucked her feet at the back of the desk chair legs to spare herself from the teacher’s advances.

The teacher also rubbed her shoulders and her thighs — sometimes at the same time — in class, she told the detective. Then, in gym class, Despatie would get girls to lead the warm-ups, and after instructing them to do jumping-jacks, he would stare at the girls’ chests, the girl told police.

She also heard from friends that Despatie would stare at her “butt” when she was exercising in gym class.

Despatie, who recently changed his last name to Watkins, is on bail while on trial. He can’t contact the complainants and is banned from pools and parks or wherever children hang out.

He’s also banned from working with children, or even volunteering around them, according to his bail conditions.

Despatie no longer works at the Orléans high school.

When the sex-crime charges were publicized last year, the Catholic school board said: “No student in our care should be subjected to any type of harm, especially when attending their own school, where so many staff work hard to create a safe and caring environment.”

The board and the Ontario College of Teachers said last year that each is investigating how those complaints were handled and why Despatie was allowed to continue teaching.