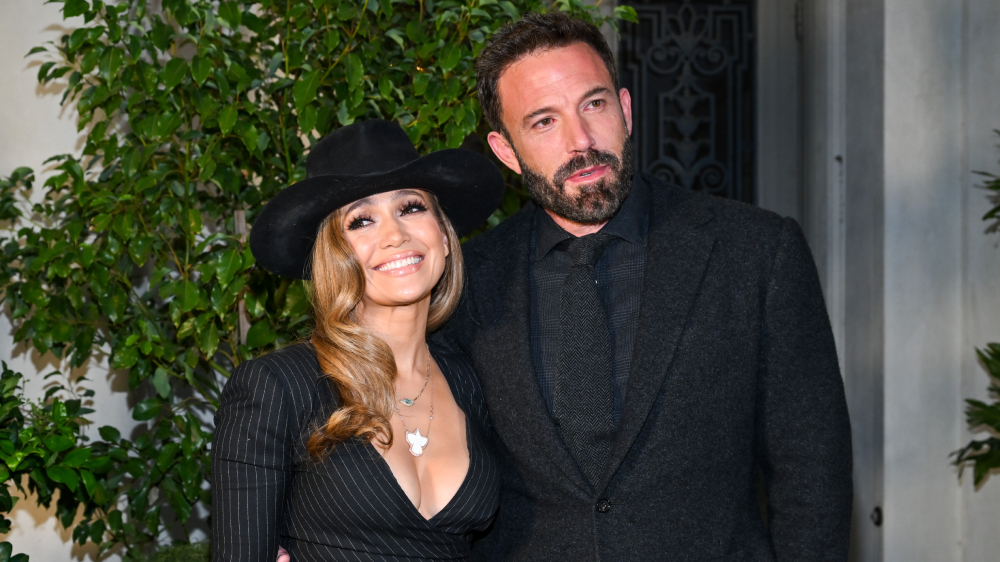 Just days after Jennifer Lopez announced her new LP “This Is Me… Now,” the star sat down with Zane Lowe on Apple Music 1 to discuss the upcoming album — her first in nearly a decade.

The collection is an updated play of Lopez’s 13-song 2002 album “This Is Me… Then,” which was heavily inspired by her and Ben Affleck’s highly publicized romance. Lopez told Lowe that the new record captures “me at this moment in time when I was reunited with the love of my life and we decided we were going to be together forever. The whole message of the album then is this love exists.”

Lopez said she wants to share that “vulnerable” message with the world, despite it scaring her. “I think parts of it scare Ben, too,” she added. “He’s like, ‘Oh, do you really want to say all this stuff?’ And I’m like, ‘I don’t know how else to do it, baby.’”

The pair re-entered the relationship in 2021, nearly 17 years after they had called off their engagement in 2004. Reflecting on that time in her life, the Bronx native admitted she refused to perform the Affleck-inspired songs from her 2002 record, which included songs like “Dear Ben” (a sequel to the track appears on the new tracklist as “Dear Ben Pt. II”), due to the pain of the breakup.

“Once we called off that wedding 20 years ago, it was the biggest heartbreak of my life, and I honestly felt like I was going to die,” she said. “It sent me on a spiral for the next 18 years where I just couldn’t get it right. Couldn’t get it right. But now, 20 years later, it does have a happy ending. It has the most would-never-happen-in-Hollywood ending. ‘That would never happen. We’re not going to write that because nobody would believe it.’”

Several song titles on the record reference the couple’s reunion including “Greatest Love Story Never Told” and “Midnight Trip to Vegas,” which seemingly hints at the story of their summer wedding in Las Vegas.

No official release date has been assigned to “This Is Me… Now,” but it is expected to arrive next year.

See the full interview below.