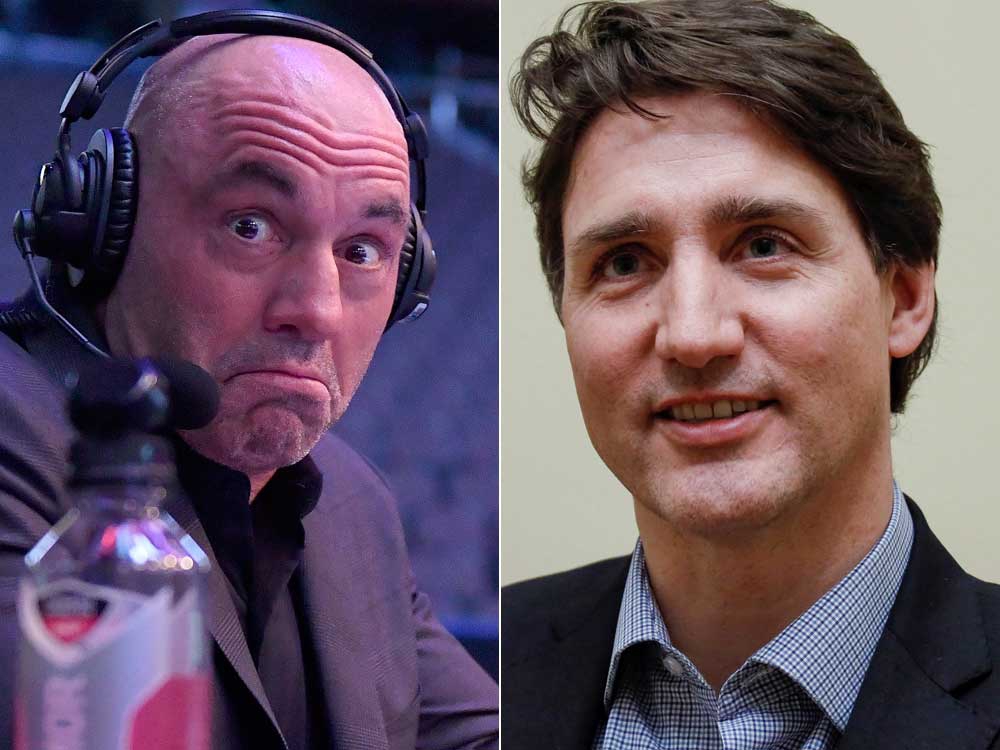 ‘I thought he was a handsome fella … before he leaned into the woke stuff,’ the podcaster said

Joe Rogan is no longer a fan of Canadian Prime Minister Justin Trudeau.

The controversial podcaster lashed out at Trudeau during a segment of The Joe Rogan Experience this week over the leader’s handling of the trucker protest in the nation’s capital earlier this year.

During an interview with Concordia University professor Gad Saad, Rogan admitted his opinion on Trudeau shifted following his response to the nearly month-long protest that crippled downtown Ottawa. The so-called “Freedom Convoy” descended on the city on Jan. 22 to protest against COVID-19 vaccine mandates. Big rigs blocked off major streets and drew thousands of supporters, both in real life and virtually.

Rogan praised Canada’s universal health care, education system and low crime in comparison to the U.S. “People were friendlier … But then when you have a creepy f—ing dictator for a prime minister, it freaked me out,” he said.

“I thought he was a handsome fella with a good vocabulary and seems like a nice guy,” Rogan said. “Before he really leaned into the woke stuff, I thought he was a kind, sensitive guy, and I thought that’s probably a good disposition to be a leader.

“But just the way he labelled those truckers as racist for no reason, the people that were protesting against mandates, he decided that they were misogynists and racists,” he continued.

Before police forcibly removed protesters in late February, Trudeau labelled the Freedom Convoy a “small fringe” group with “unacceptable views” and blasted some of the protesters for using Nazi symbolism, racist imagery, and desecrating war memorials.

“This is not the story of our pandemic, our country, our people. My focus is standing with Canadians and getting through this pandemic,” Trudeau said.

But Rogan hit out at Trudeau, who he previously defended following his brownface controversy in 2019, saying he attacked the protesters to further his own agenda.

“The way he did it. He just cast a pejorative label on them with no evidence, with no provocation, it was just like, ‘I’m going to label them this so that I can impose laws to stop them from doing what is essentially a peaceful protest,’” Rogan said.

The protest ended on Feb. 20 with 191 people being arrested and 76 vehicles towed.

Reports that 2.3 million people and 130,000 trucks participated in the protests were debunked by Reuters, but a recent poll found that 66% of Canadians “fear for the future of Canada.”