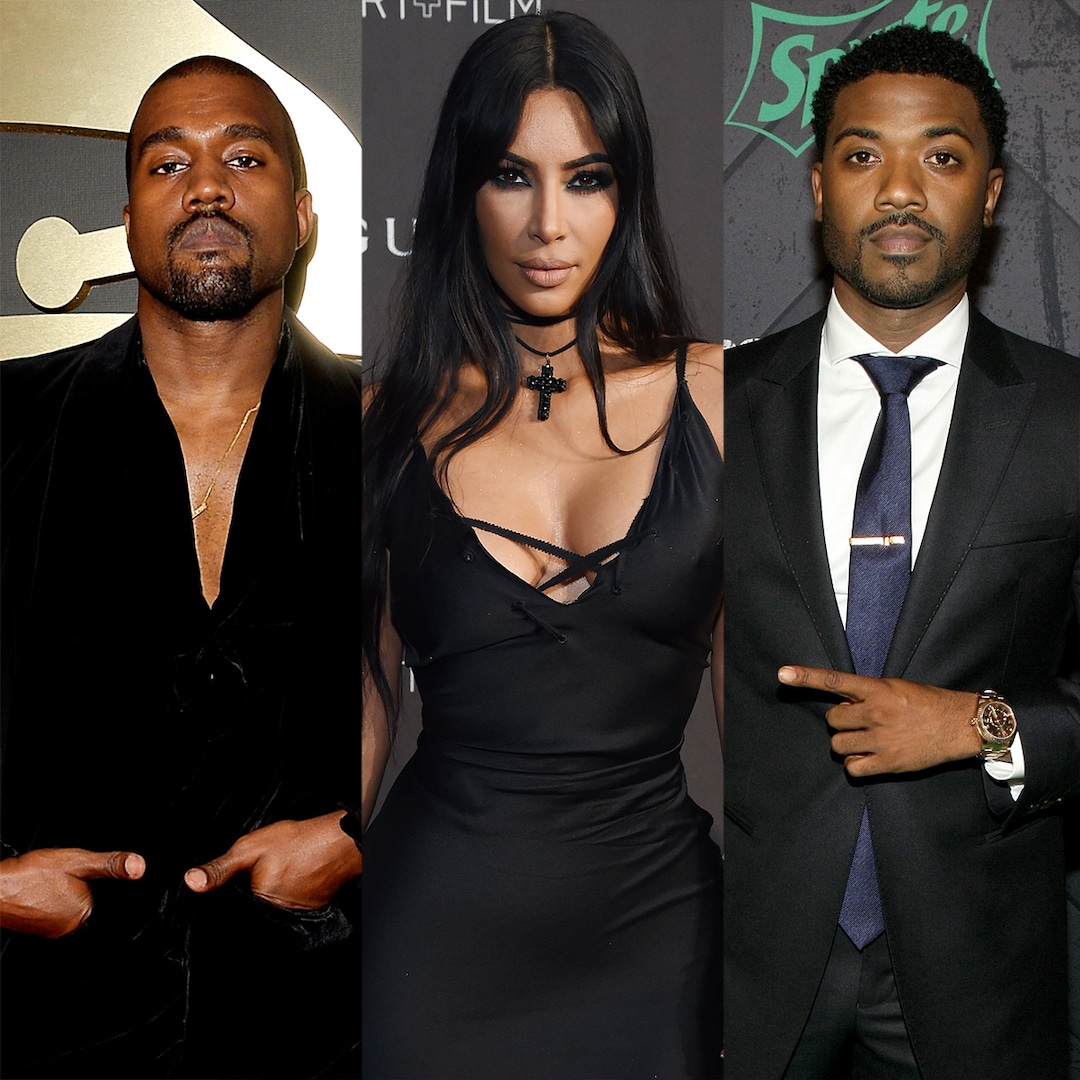 Kanye West turned heads during his latest interview with Hollywood Unlocked, as he seemingly alluded to the existence of a second sex tape featuring his estranged wife, Kim Kardashian.

The rapper, who now legally goes by Ye, told host Jason Lee that he once retrieved a laptop from Ray J, who starred with Kim in her notorious sex tape that was released in 2007. (Ye married her in 2014 and she filed for divorce last year.)

During the interview, Ye reflected on Kim’s new romance with Pete Davidson before recalling the incident with Ray J. “How you gonna bring me to SNL and kiss the dude you dating right in front of me?” he said. “And everybody’s like, ‘Oh, that’s, that’s cool.’ After I went [and] got the laptop from Ray J myself that night, right?”

The Donda artist then said, “I met this man at the airport. Then got on a red eye came back, delivered it to her at 8:00 a.m. in the morning and then I gave it to her and she cried when she saw it.”

However, Kim has since spoken out about the footage. Her rep denied that a second sex tape exists, telling E! News in a statement, “After review, there was nothing sexual unseen, only footage on the plane on the way to Mexico and footage at a club and restaurant on the same trip.”

Her rep added, “Kim remains firm in her belief that there is no new second tape that exists. After 20 years, she truly wishes to move on from this chapter with focus instead on the positive things she continues to do as a mother, entrepreneur and advocate for justice reform.”

Indeed, she has been making waves in the world of social impact, recently teaming with her SKIMS brand to fly the Afghanistan women’s soccer team to the United Kingdom to get support from an English Premiere League club.

And this week, she met with former presidential nominee Hillary Clinton and her daughter, Chelsea, to shine a light on a Black-owned vegan coffee shop, which aims to help community members get access to healthy food and cultural opportunities. According to TMZ, the trio was filming for Hillary and Chelsea’s upcoming Apple TV+ series called Gutsy Women.

E! News reached out to reps for Ye and Ray J for comment but hasn’t heard back.

I stand by my strike but will be cheering beloved Forest on, says Van Hooijdonk